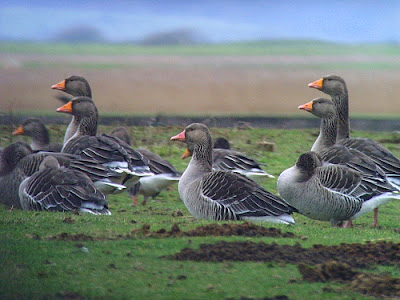 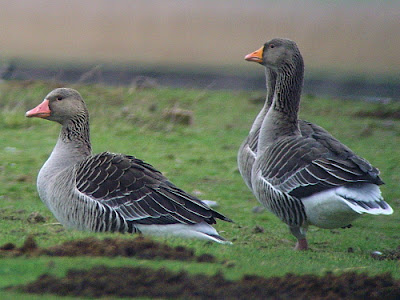 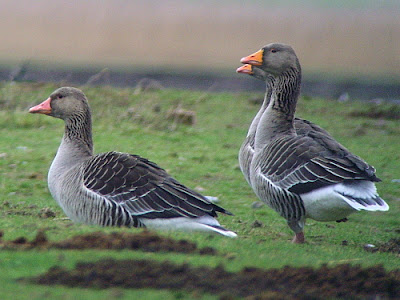 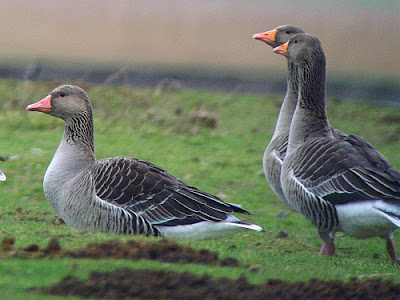 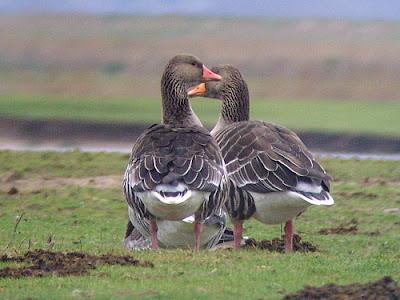 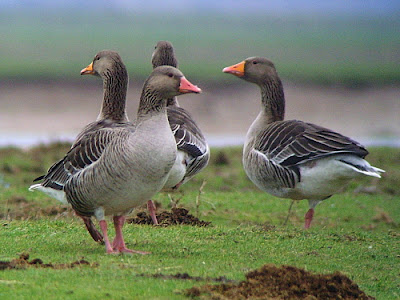 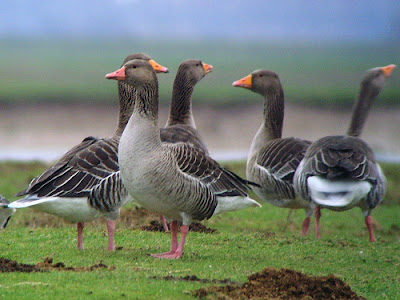 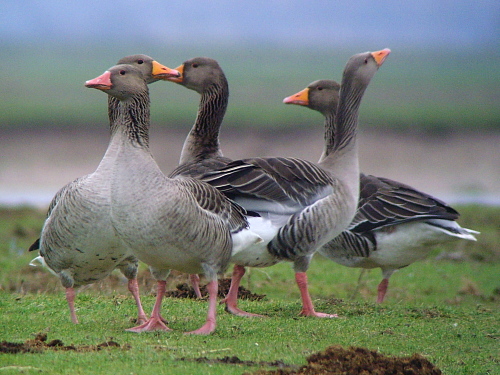 Greylag Geese at Scotney including a pink-billed individual
The Siberian form of Greylag Goose A.a. rubrirostris is described as being larger, pink-billed, paler grey and typically with broader pale fringes to the upperparts. However, it has yet to be added to the British List due to birds perhaps occuring from the reportedly wide intergrade zone between nominate anser and rubrirostris and further muddied by introductions of rubrirostris and interbreeding with anser on the near continent albeit described as genetically swamped (RIACT BB 99 December 2006). As the Scotney bird effectively appeared a Greylay with a pink bill it clearly wasn't a pure rubrirostris but its bill colour does perhaps indicate a rubrirostris influence in its ancestry. Pure A.a. rubrirostris has a very different appearance. See:
http://www.birdsofkuwait.com/blog/?p=4025 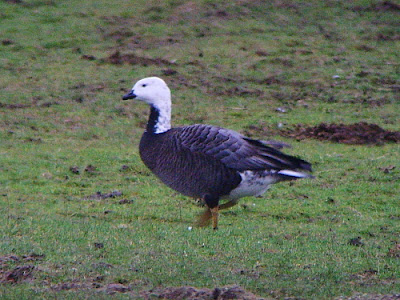 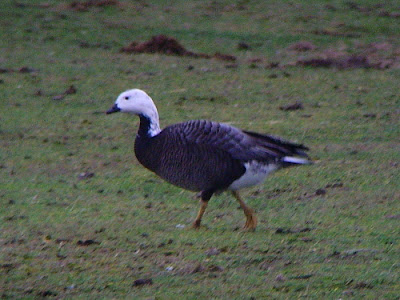 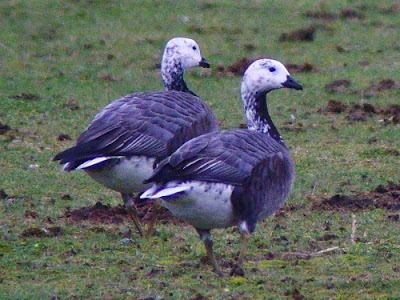 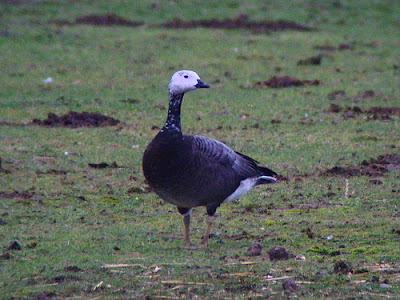 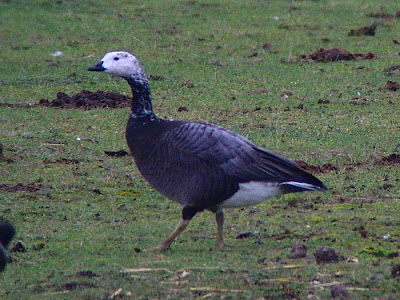 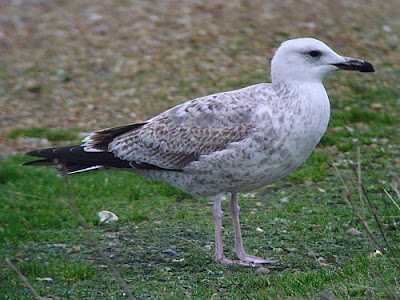 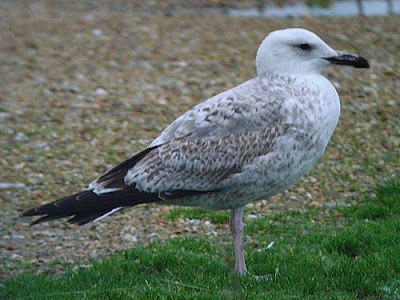 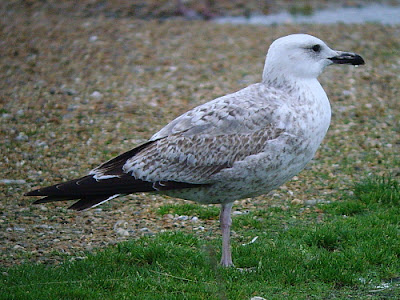 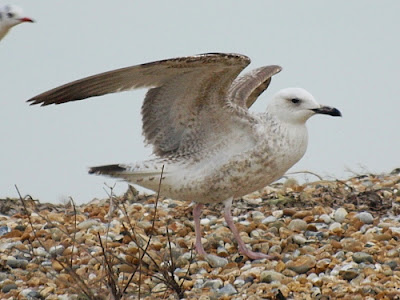 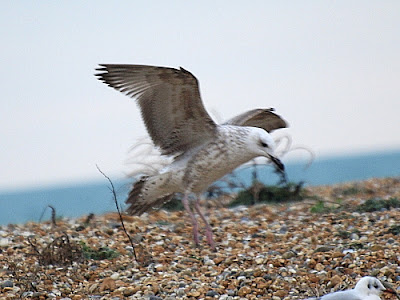 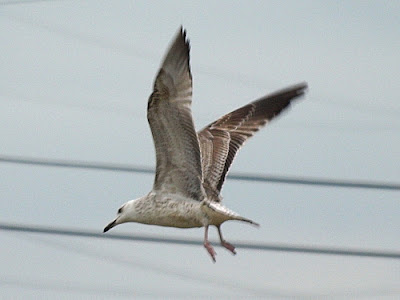 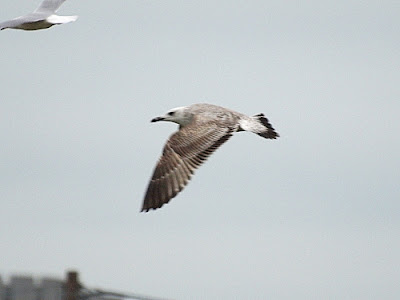 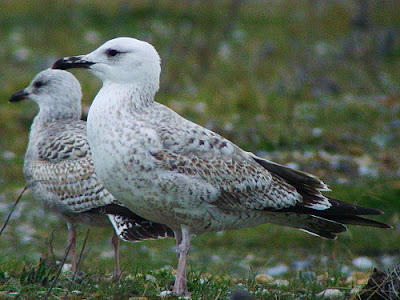 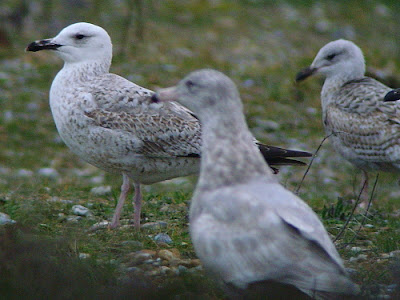 Hang-on, who's that getting in the way! 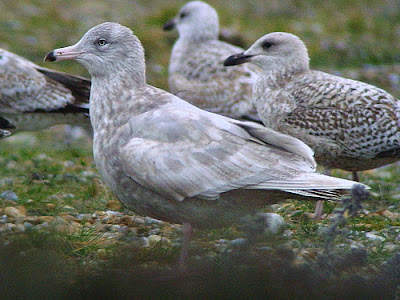 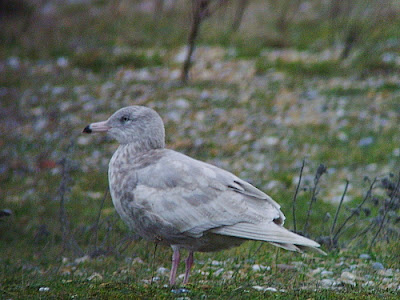 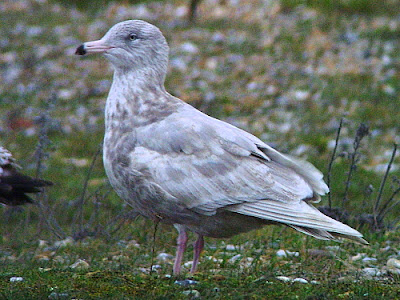 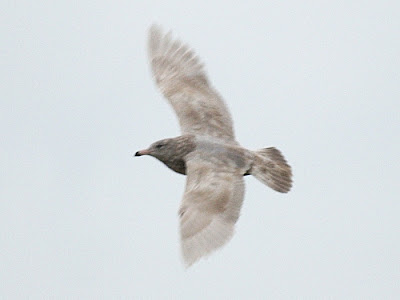 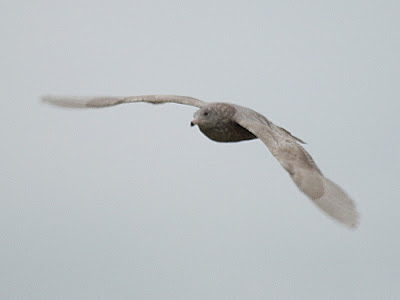 Bittern at Dungeness
Posted by Hegura at 13:24