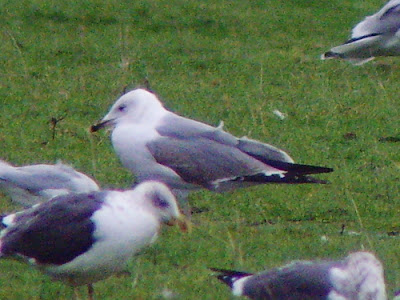 Third-winter Caspian Gull in the Cuckmere
An ultra-distinctive individual with such a snouty appearance complete with tiny black eyes, pear-shaped clean white head, mantle shade comparable with Common Gull and a very attenuated rear end being especially long-winged. It was also very long-legged and walked around with a characteristic gait and as if 'walking on tip toes'. The small white tips to its black primaries prove they are third-generation being those of  a 3w. 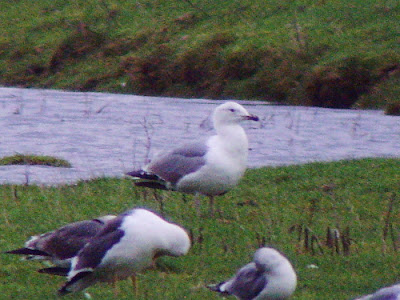 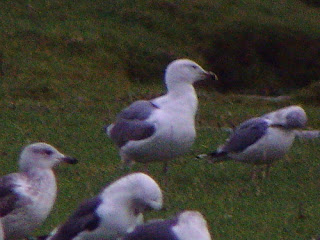 When alert it appeared both long-necked and kink-necked. 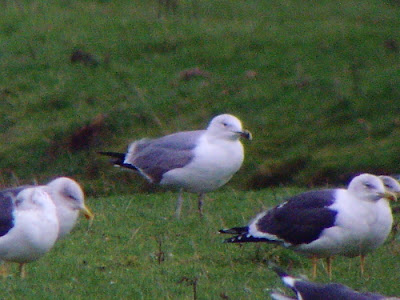 Whilst its bill appeared that of a 2w being pale-tipped with a dark subterminal smudge that bled along its cutting edge towards its base its uniform pure grey mantle and only restricted dark centres to its tertials are characters strongly indicative of a 3w. Its bullet-hole dark eyes are characteristically tiny. 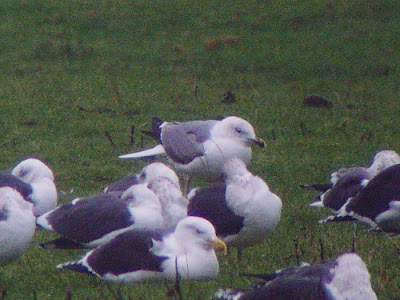 Its pure white tail lacking a broad black subterminal band and lack of hindneck streaking confirm its age as a 3w. 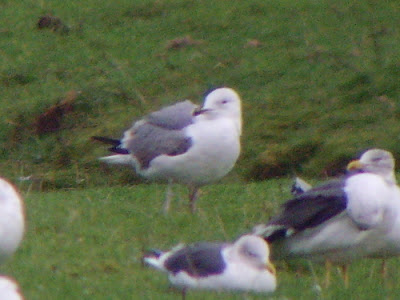 Caspian Gull is often described as peculiarly small-headed for the body and this individual is no exception. 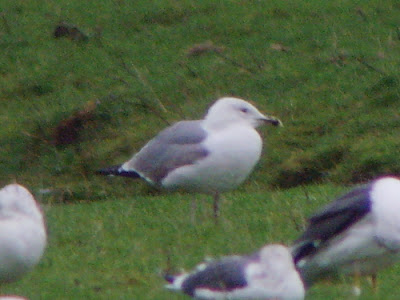 In profile it is easy to appreciate the pear-shaped white head. 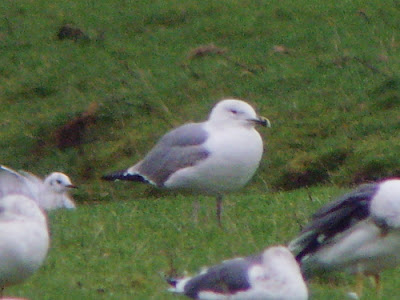 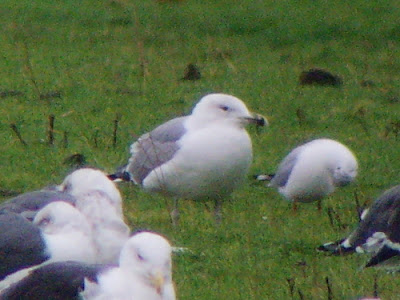 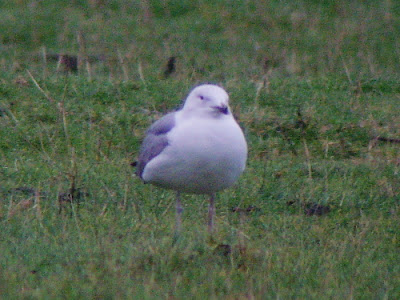 With such a sleek skeletal head, full-chested appearance, long pale fleshy-coloured thin weak-looking legs being particularly long in the tibia it appeared the archetypal Caspian Gull almost reminiscent of an Audouin's Gull. 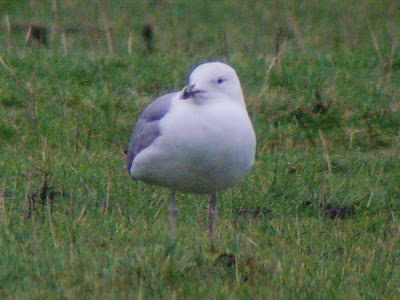 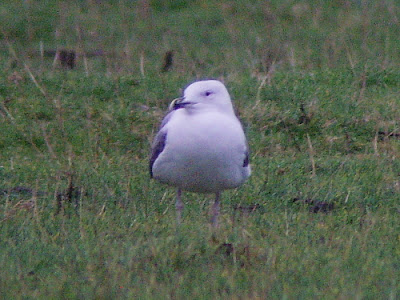 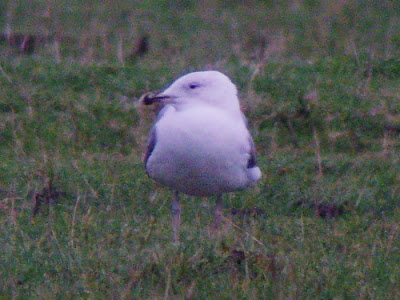 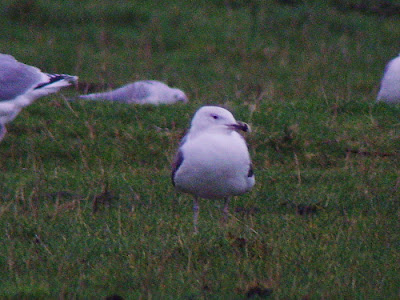 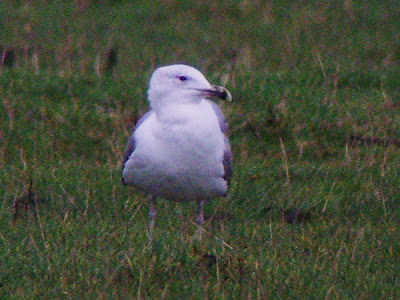 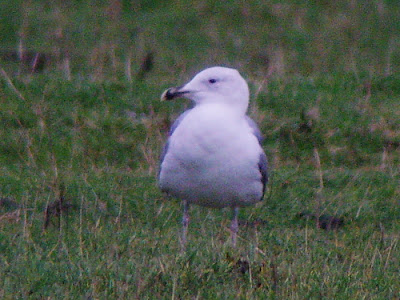 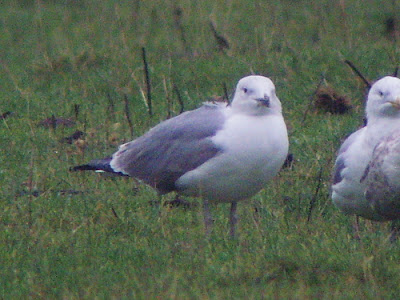 Whilst overall the wings appeared grey, some soft grey-brown patterning in the coverts was present. 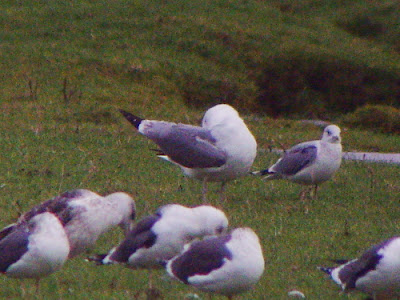 Flat-backed, lacking a tertial step and far longer-winged than argenteus it shared a mantle colour with the accompanying Common Gull. The small white tips to its primaries and restricted dark-centres to its tertials are just visible.


Third-winter Caspian Gull in the Cuckmere
Posted by Hegura at 08:56