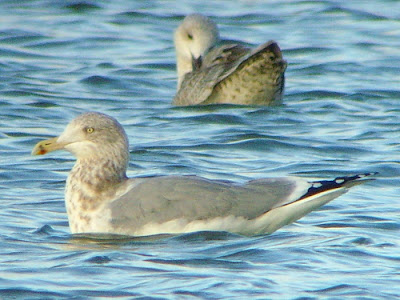 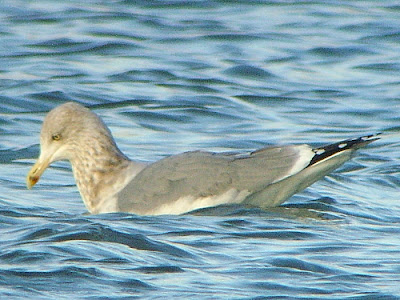 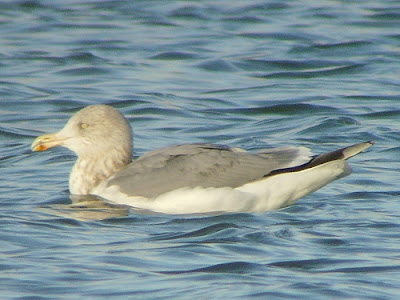 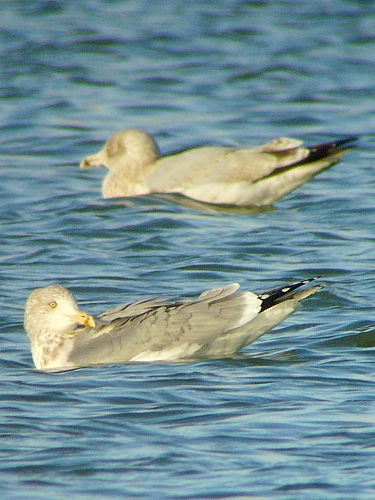 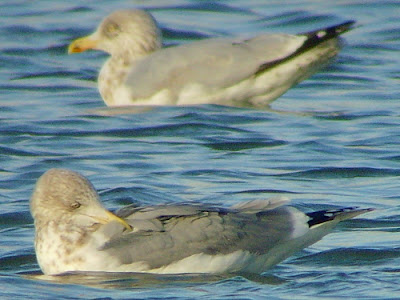 Adult female Scandinavian Herring Gull L.a. argentatus
This individual is presumably a female as it lacked the huge size and massive bill of some argentatus in that it appeared no larger than some of the accompanying argenteus. Measurements in Olsen & Larsson 2003 reveal that female argentatus can be smaller than male argenteus. The faint fleshy tones to the base of its bill, its dark blue mantle, extensive dusky head-streaking accentuating its 'evil-looking' pale eyes, coarse neck-blotching, broad white tertial crescent and large white tip visible on the underside of p10 are all compelling features of this form.﻿
Posted by Hegura at 08:45