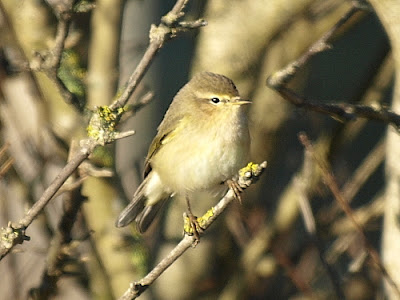 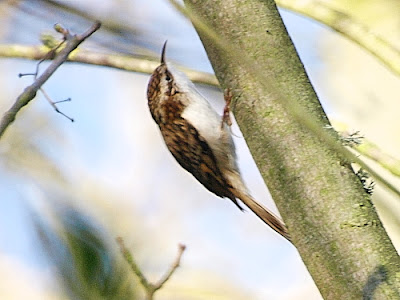 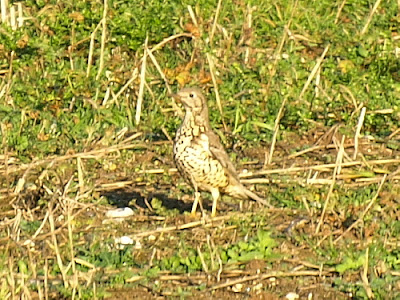 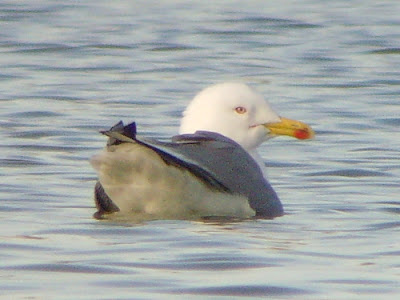 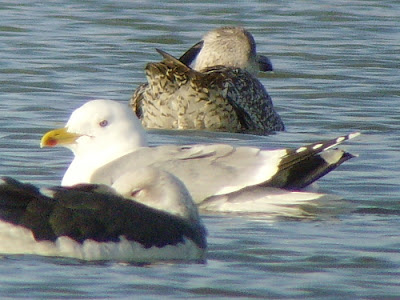 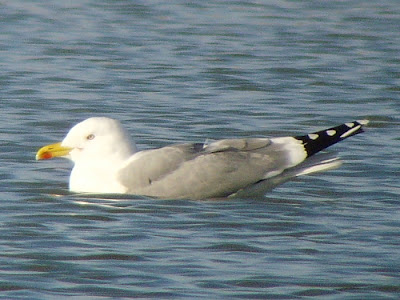 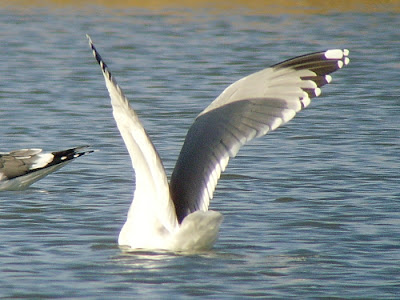 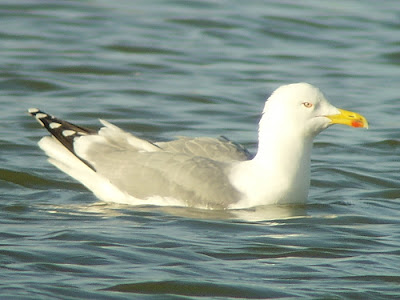 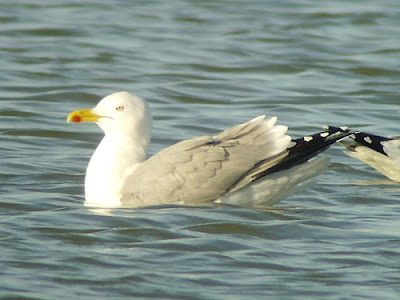 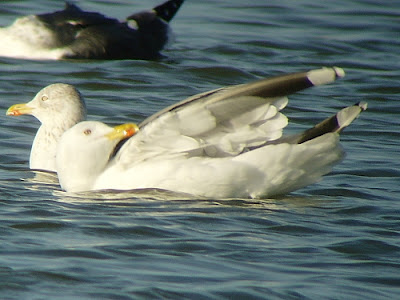 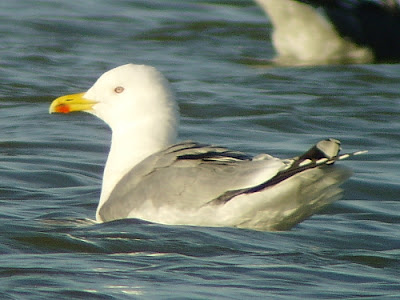 Adult Yellow-legged Gull at West Rise Marsh
Presumed hybrid Caspian x Herring Gull at West Rise Marsh
The reproduction of this blogged video is unfortunately not of the quality of the original. This interesting adult Gull that appeared marginally smaller than most of the argenteus present had a completely white unstreaked head, it was small-eyed and long-billed, its mantle was a shade darker than the accompanying argenteus, it had a long primary projection, it had a red orbital ring and pale pink legs. In flight, by freezing the video, its large white tip to p10 is visible, as is a mirror on p9, viewed from below a long pale grey tongue extends down the inner web of p10 and is only separated from the white tip by a black band narrower in width than the white tip, viewed from above there are obvious grey tongues extending down the inner webs of p7 to p10, a band across p5, a dark mark on one web of p4. Hence, all characters associated with Caspian Gull. 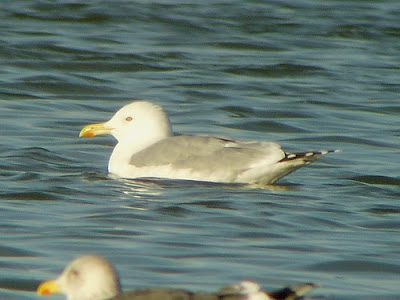 Presumed hybrid Caspian x Herring Gull at West Rise Marsh
However, its bill, whilst long, appears quite robust with a noticeable gonydeal angle and appears rather brightly coloured for the time of year. Furthermore its iris was pale, although it was probably accentuated by today's strong light. Its head does not appear particularly skeletal and appears rounded.  Sporting an unread green colour ring on its right leg and a small metal ring just above its foot on its left leg this interesting adult Gull presumably likely originates from Poland that of course plays host to the hybridisation zone of Caspian and Herring Gulls. 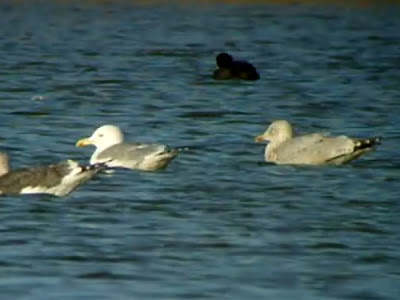 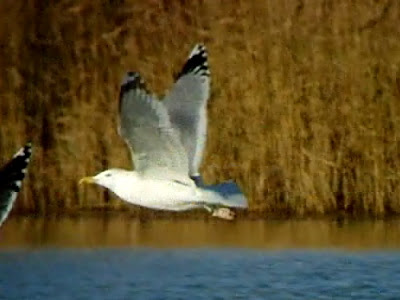 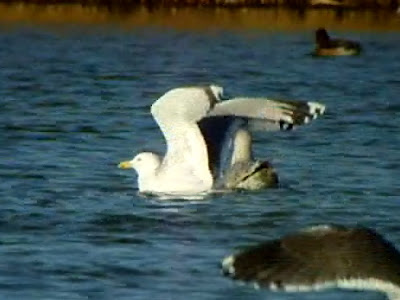 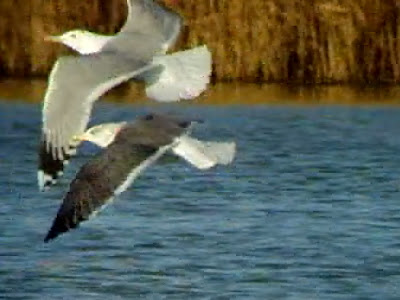 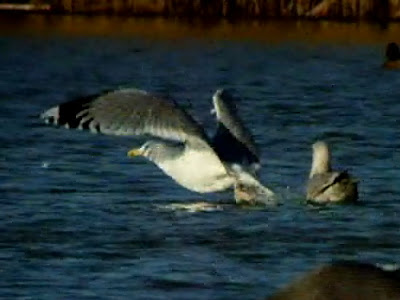 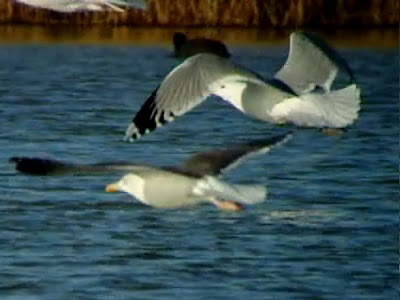 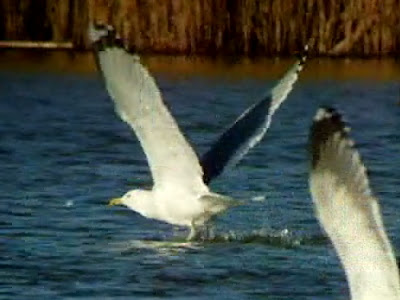 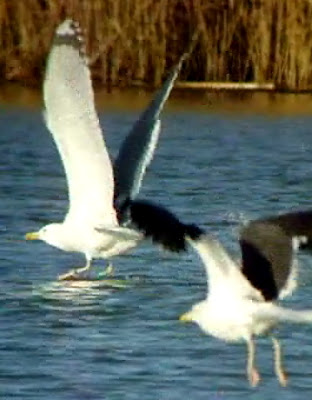 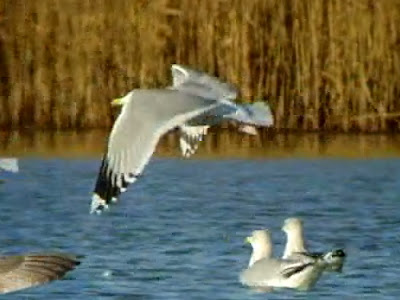