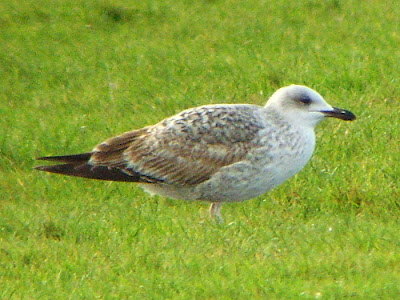 The dark eye-mask set against its whitish head with a predominently black bill all help characterise this first-winter Yellow-legged Gull. It also has a pure white throat and centre to breast with rather neat hindneck streaking and brest-side spotting. Whilst its tertials are clearly worn they retain the narrow pale tips restricted to the distal part of each feather. In comparison with argenteus it appears rather attenuated and noticeably long-winged. 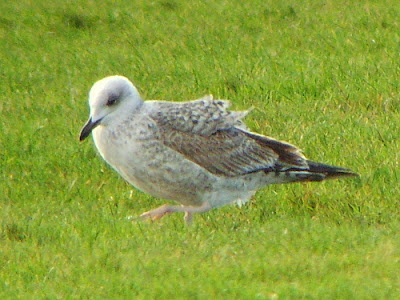 Despite its dar eye-mask it appears white-headed by virtue of its white lores, forehead, throat and neck-sides. Whilst its breast-sides are spotted a few chevrons are just visible on its flanks being typical of michahellis. 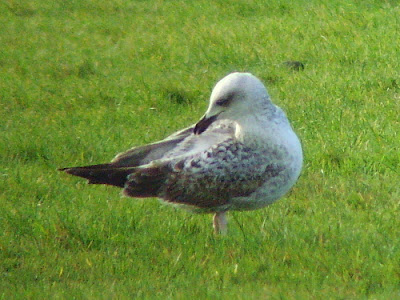 This image conveys how first-winter Yellow-legged Gulls can somewhat recall outsized first-winter Mediterranean Gulls! It is also displacing a scapular revealing its double-anchor marking the outer being a finer grey. 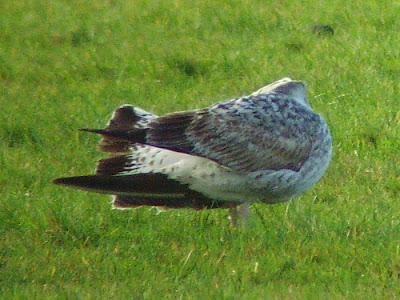 Whilst preening its white tail-base contrasted strongly with its black tail band that was broadest at its centre. 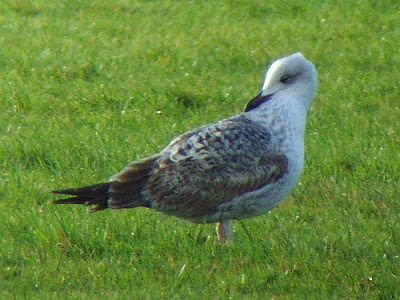