A day at work on Yell. During my first break I had time to check a single garden at Camb seeing a Willow Warbler. For my second break I took a drive along the White Wife valley at Otterswick. Overlooking the second garden from the car I checked the bird feeders, and in doing so, saw a Barred Warbler fly from one fuscia to another albeit at a range of c.100m. Whilst it landed near the top of the fuscia, it was virtually hidden from view, but a small Phyllosc jumped out of the fuscia and started to mob the Barred! Whilst it's tiny size, grey-green upperparts and silky-white underparts was about all the detail that I could determine... it was also zipping around like another Greenish Warbler... or was I losing the plot!! I needed to get closer so I took a walk up the burn and on arrival at the garden saw the Barred, a Blackcap but disappointingly no sign of a Phyllosc. The next garden failed to produce anything so I headed back towards the sea. As I passed the final garden an unstreaked-Acro flew along the edge of a line of willows. Whilst attempting to obtain views and photograph the Acro, I'd just seen enough to believe that it was a Reed Warbler, when I heard a Greenish Warbler calling from inside the garden - brilliant!! With a little careful maneuvering I soon located the Greenish - the fourth I've found in 4 days! All too soon I had to leave to get back to work but a productive day! 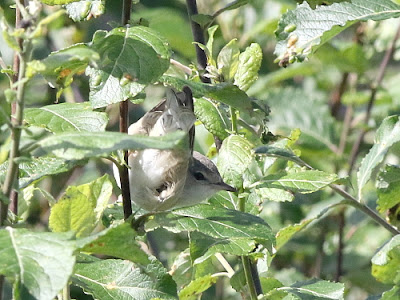 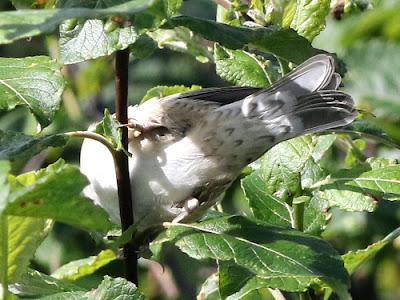 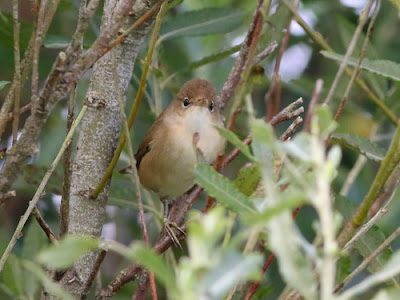 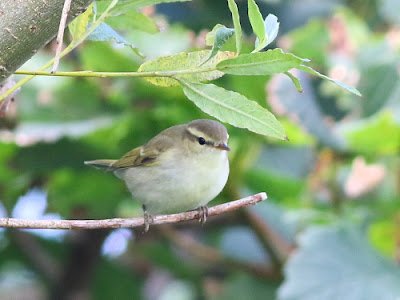 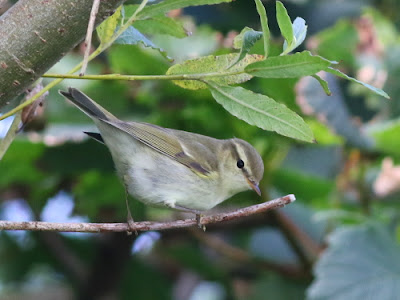 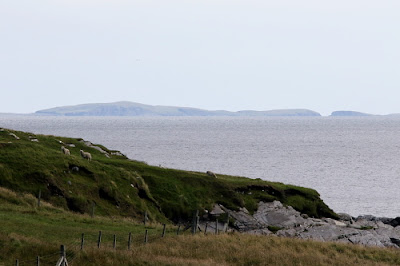 White Wife with Out Skerries in the background
It makes you wonder how many Greenish Warblers might be on Skerries at the moment... where coincidentally my parents found 3 different birds in 4 days in late August 1997... when as JFC will quite rightly remind me, they were still a BBRC rarity!
Posted by Hegura at 13:12
Newer Post Older Post Home