After the windy day yesterday it was a welcome return to calm'ish drifty overcast conditions. The Barred Warbler and Willow Warbler were still at Burrafirth where 2 adult male Peregrine were watched dog-fighting overhead. Haroldswick added a Kestrel and the family party of Sedge Warblers still doing well. Not long after arriving at Skaw I inadvertently flushed an eye-catching unstreaked Acro that gave me the runaround for a while but I finally obtained a few brief views and a couple of poor images that was enough for me to suspect that it was a Blyth's Reed Warbler. I sent one of the poor images to JFC who replied by return saying 'it looks a perfect BRW'... Whilst it remained incredibly elusive moving through dense vegetation but remaining completely hidden it did finally allow me to obtain a couple of better images and called a few times allowing me to obtain a recording. A walk around Norwick produced just 2 Willow Warblers and a visit to NorthDale confirmed the ongoing presence of the Barred Warbler there. With thick fog descending, just when the birding seemed over for the day, Brydon first heard and then quickly located a Citrine Wagtail at Buness that we were fortunate to see and hear before it departed joining an overflying flock of Meadow Pipits. 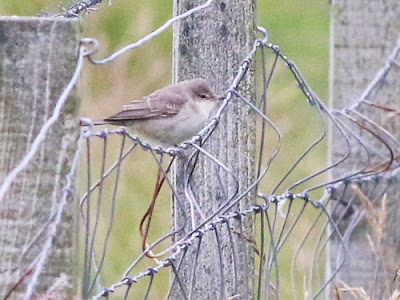 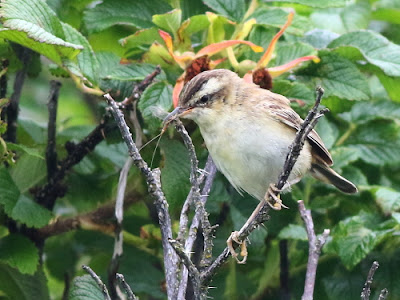 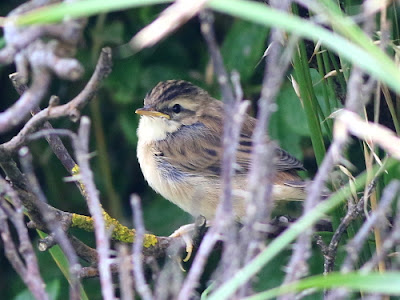 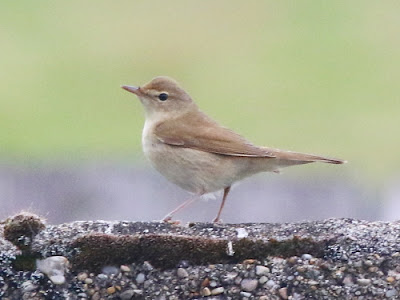 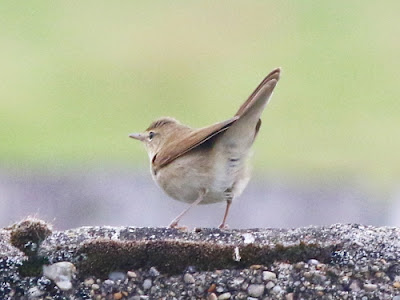 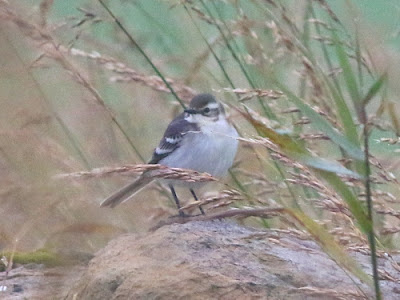