After the initially clear skies last night it was no real surprise that I couldn't find the Blyth's Reed Warbler at Skaw this morning, but even worse, I failed to find any other passerine migrants either. It was therefore a surprise that Burrafirth was still playing host to the Barred Warbler, the Garden Warbler and the Willow Warbler and Norwick had held on to its Long-tailed Duck, Garden Warbler, Willow Warbler and Wood Warbler too. After lunch I decided to try a few sites that I hadn't visited yesterday, and on getting out of the car at the first garden at Haroldswick, I heard the familiar call of a Greenish Warbler! Despite it being a small garden, it still took a while to see it and a few more views before I managed to photograph it, as it hyper-actively moved around the garden. Within a few minutes it started raining but it was worth getting soaked for more views, although I'd forgotten that I'd left the car window open!! Despite covering the rest of Haroldswick, NorthDale and a few more places we failed to see another migrant! 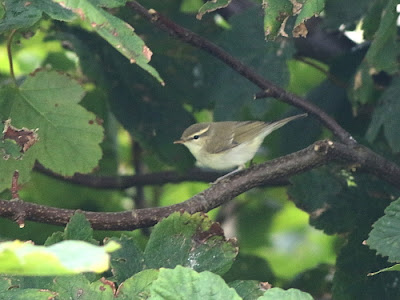 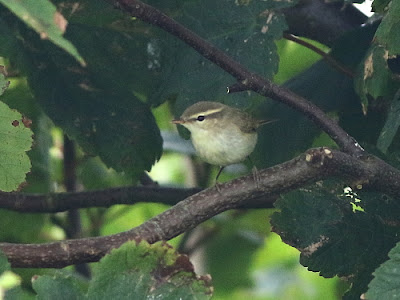 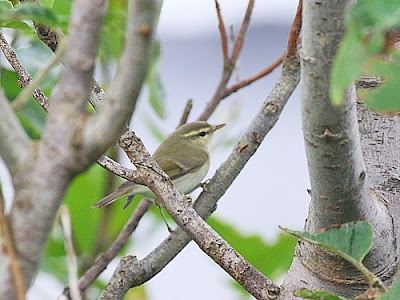 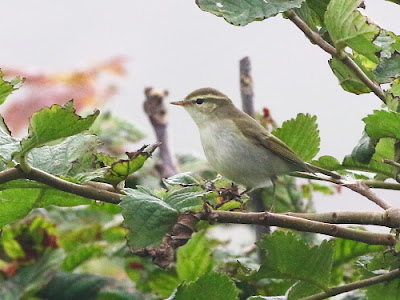