A Willow Warbler in our garden seemed a good omen for another good day. Skaw was shrouded in early morning fog so I drove to Burrafirth seeing an Otter on one side of the road and a Snipe in what appeared a crouching threat display facing the Otter from the opposite side of the road. I'd not long arrived when Brydon phoned to say that he'd found a Greenish Warbler in Halligarth! I was soon there and whilst I soon heard it call it took me a while to see it by when I'd seen a Barred Warbler and a Willow Warbler, but as the day brightened the Greenish Warbler put on a fine show catching flies. I returned to Burrafirth seeing a Kestrel, the Barred Warbler, a Garden Warbler and 2 Willow Warblers. At Norwick the Long-tailed Duck still present and we found another Barred Warbler and then our first Wood Warbler of the year but just a single Willow Warbler that was singing occasionally. The only passerine migrant I saw at Skaw was the Blyth's Reed Warbler but it proved no more obliging than yesterday. NorthDale produced 3 overflying Knot and the lingering Barred Warbler being my fourth of the day. 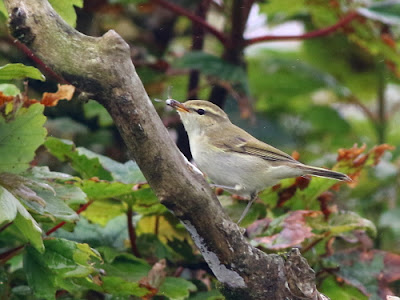 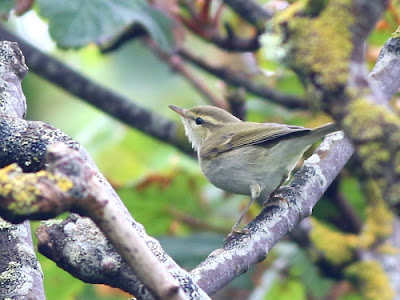 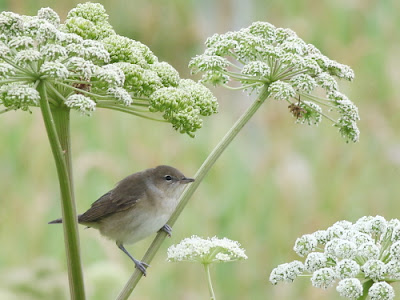 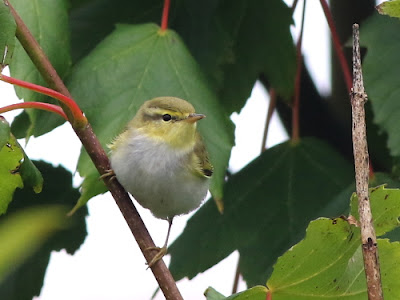 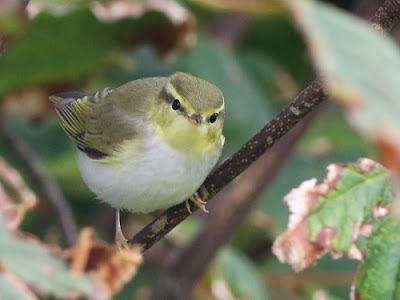 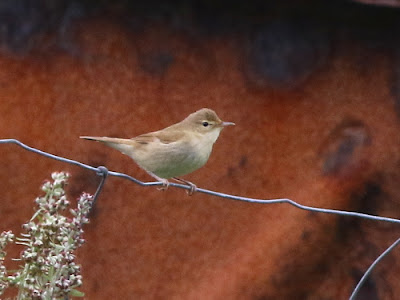 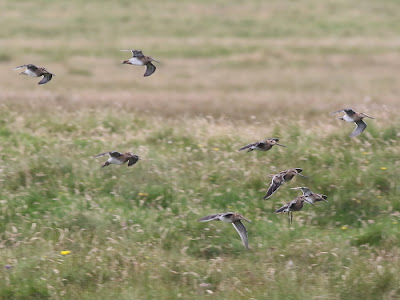