Today we attended Mark Chapman's memorial service in Voe. Jo, one of his two younger sisters recounted how Mark spent most of his evenings and weekends as a youth out birding around Horsham in Sussex. Despite that he seemed to find passing School exams easy, excelling at Maths and Sciences obtaining straight A's at A-level at Collier's Grammar School in Horsham. At the age of 14 he had met Richard Grimmett (then 13) whilst attending YOC meetings. On a YOC field outing to Norfolk, Richard said that it soon became apparent that Mark had seen more species of birds than anyone else on the trip including the leader! The leader learnt of the presence of a rare bird in the plantation at the end of Blakeney Point but refused to tell any of the boys what was there. They walked to the point and overlooked the plantation. There was another schoolboy present - with a cheeky smile - so, with the leader out of earshot, Mark asked what bird was present and Clive Byers replied 'a Scarlet Grosbeak'. It 'sounded' truly rare and exotic-looking, but having no idea what it actually looked like they asked Clive, who simply replied... 'like a Sparrow!' Sure enough, out popped a beady-eyed streaky brown bird with two white wingbars, and whilst, without a hint of scarlet or looking at all exotic, it instantly became the best bird that they had ever seen! Mark's first rarity - and he was hooked. At just 15 (and 14) they made their way up to Fetlar to see the Snowy Owls and this perhaps sowed the seed for his love of Shetland. Weekends away regularly followed, dossing in barns in Norfolk, trips to Fair Isle and Isles of Scilly and twitching (actually largely hitching) the length and breadth of Britain.

Mark's sister Jo (only 12 at the time) then remembers the shock of Mark leaving the family home, aged just 18, driving off in a green Morris Minor, never to return - he literally had 'gone birding'. She also remembers her Mother's concern at hearing he was gutting fish on Shetland to sustain his passion for finding/seeing rarities. They would hear of trips to Japan, Kenya, Taiwan & Thailand and the like funded by lucrative work through the Shetland oil boom - he even masterminded the infamous SIBE Industrial cleaners! He remained living on Shetland, working as a professional ornithologist, becoming County Recorder for 5 years and among the many rarities that he found were Britain's first and second Brown Shrikes at Kergord and Sumburgh respectively and Britain's second Taiga Flycatcher in his good friend's Tony & Beth Gerrard's garden at Sandgarth, where Mark's ashes were scattered today.

Whilst I sat in an office in Sussex I always looked forward to receiving an email from Mark to learn of his latest finds, reading his many contributions to Birding World, British Birds and Scottish Birds, long chats on the phone talking over identification challenges, consulting his photographic memory, his constant enthusiasm and encouragement to simply get out and look for rarities and his generous congratulatory messages received when I occasionally found one! I even have Mark to thank for finding me work in Shetland!

Latterly I've been fortunate to spend time with Mark out in the field. He'd lost none of his sharpness and even picked out my first Killer Whales with his naked eye whilst we were seawatching together at Esha Ness. Mark enjoyed swapping tales of birding Shetland (seeing Hawk Owl on both Bressay and at Frakkafield) and Sussex - he made daily visits to the Beachy and Selsey blogs. We enjoyed a Christmas meal with him at the Busta Hotel on the 19th December even planning our seawatching for this Spring in the hope of seeing a flyby White-billed Diver or two, one of Mark's favourite species.

I last heard from Mark on the 7th January.

very well done - not least as that wind was freezing

those photos must surely be adequate evidence.  Bet no one's disagreed with the id...

all those years at Beachy trying to count all each sp of auk means that no-one else is/was more likely to spot a Brunnie...

look forward to discussing at some point...

Very sadly, Mark subsequently lost his personal battle against cancer in January robbing us of both enjoying that discussion and the UK of one of its most uncompromising birders...

The last words should probably go to Clive... ''Mark was a unique person and a uniquely talented birder. He will be missed.'' 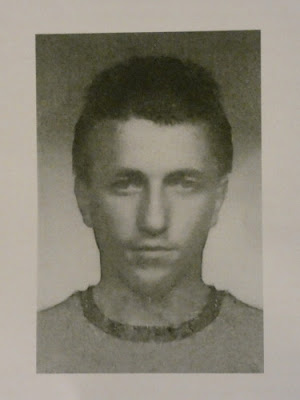 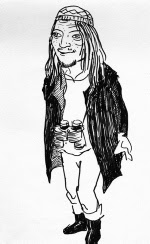 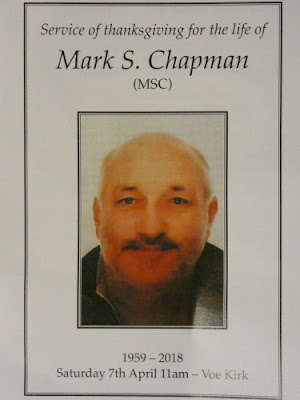 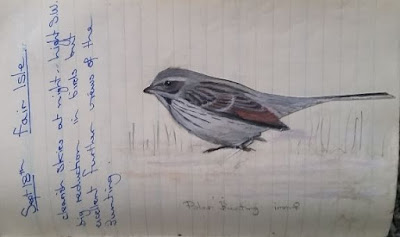 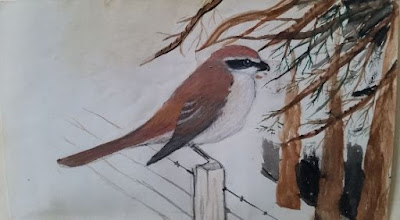