A beautiful calm sunny morning saw both the female Hawfinch and 2 Chaffinches still in our garden. Skaw produced a single female Wigeon on the beach that was worthy of close scrutiny but its axillaries were grey. A Snow Bunting overflew the headland heading towards the beach. The cliffs were still playing host to a Grey Wagtail and what was probably a second individual flew up the burn.  A long walk along the cliffs at Lamba Ness failed to produce either the hoped-for Black Redstart or Wheatear although there were a few Robins in the geos. A walk around Norwick added another Snow Bunting on the beach but otherwise it proved quiet with no sign of the Chiffchaff, Hawfinch, Greenfinch or Yellowhammers all of which had presumably departed overnight under the bright full moon. The weather then rapidly deteriorated with the wind picking up and associated 'horizontal snow'! 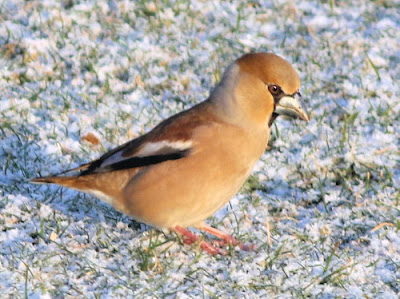 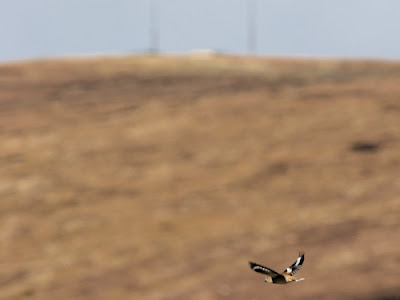 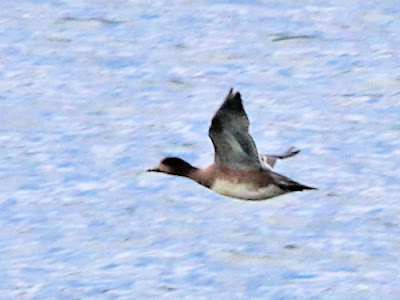 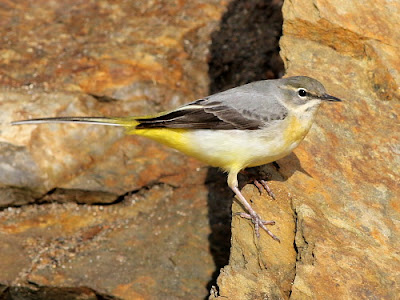 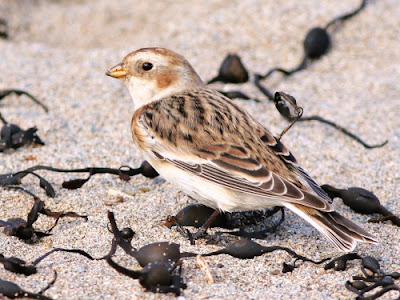 Snow Bunting at Norwick
Posted by Hegura at 04:17