A beautiful calm and sunny day albeit still with a fresh feel in the westerly breeze. A Moorhen seen whilst returning from Skaw was my first for the year. A look at Belmont produced 1,160 Long-tailed Ducks all calling with some displaying in the nice weather. A flock of 30 Fieldfares flew over. We then walked out to Heogland where there was a Whooper Swan, a Shelduck (also first for the year), a Purple Sandpiper, 3 juvenile Iceland Gulls and a Scandinavian Rock Pipit. At the fish cages off Uyeasound we saw c.100 Long-tailed Ducks and another 2 Iceland Gulls and Easter loch yet another 2 Iceland Gulls. A walk around some of the fields at Uyeasound added a Water Rail, 3 Dunlin in a grassy field accompanying 30 Ringed Plover and a Mistle Thrush among the Redwings, Fieldfares and Blackbirds. A Snow Bunting was on the beach at Westing. 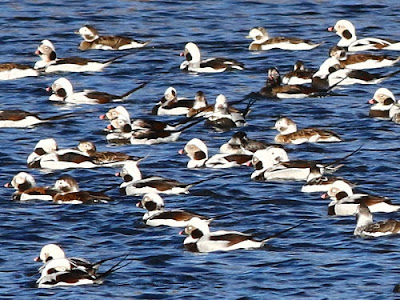 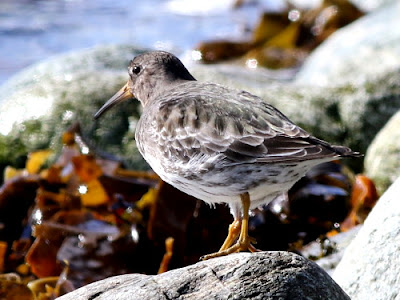 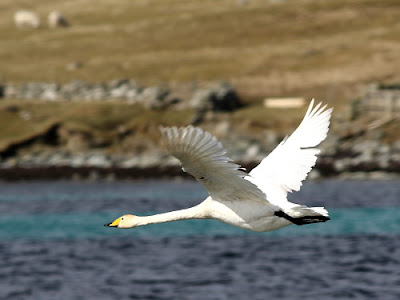 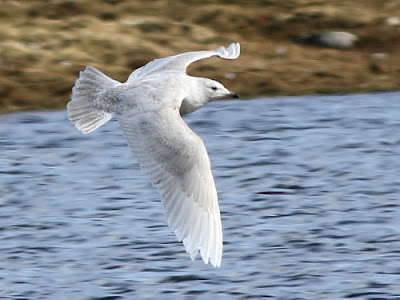 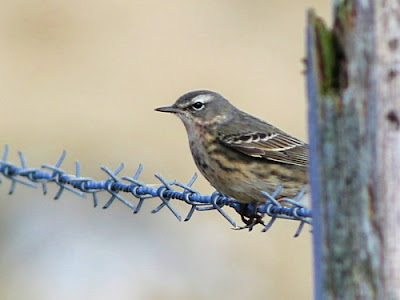 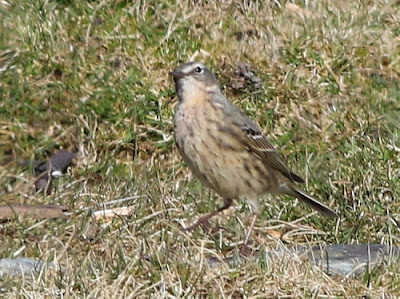 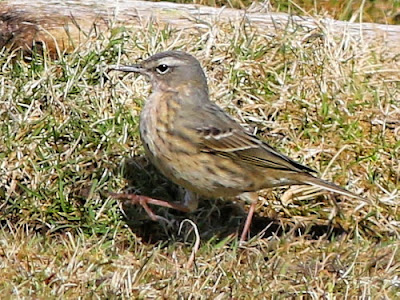