A walk along the cliffs of Clibberswick produced my first long-awaited Wheatears with 2 males and a female running around. Nice to see some Auks back on the ledges and a pod of Risso's Dolphins were seen very distantly moving south. A quick check of Norwick produced the Sandwich Tern, my first Black Redstart of the year - a smart male, a White Wagtail and a Hawfinch. I then walked the cliffs of Lamba Ness getting distracted by a pod of c.12 Risso's Dolphins heading north successfully twitched by Mike & Margaret. Continuing along the cliffs I saw the juvenile Glaucous Gull and a Mistle Thrush. 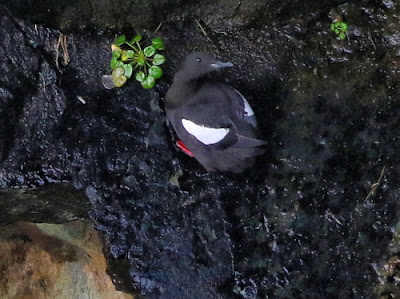 Tystie on the cliffs at Clibberswick
I've counted 112 in 2 days, Fair Isle counted 135 and North Ronaldsay 792. 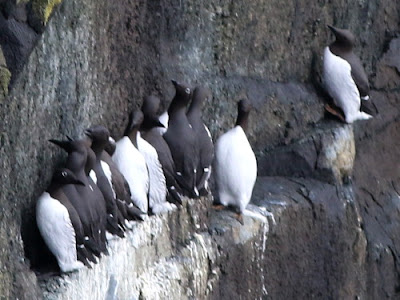 Guillemots on the ledges on the cliffs at Clibberswick 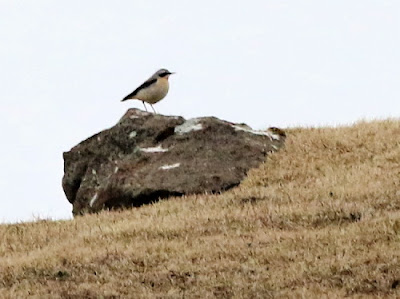 They're back! Male Wheatear at Clibberswick 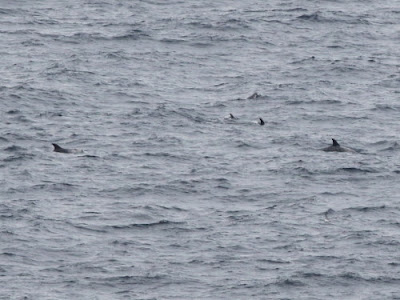 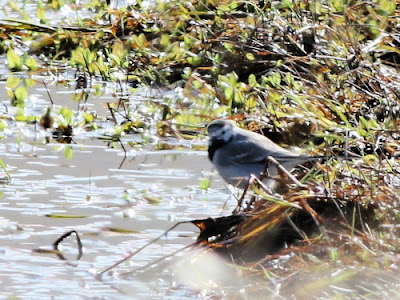 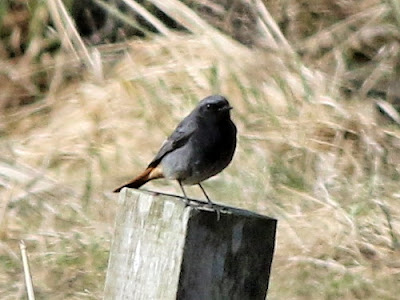 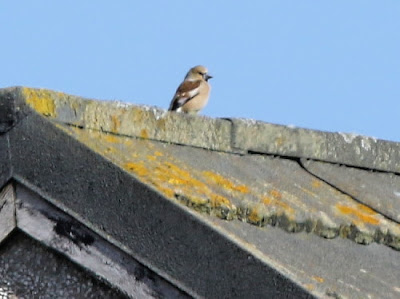 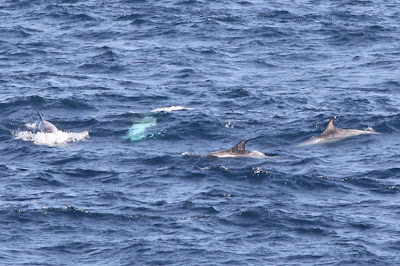 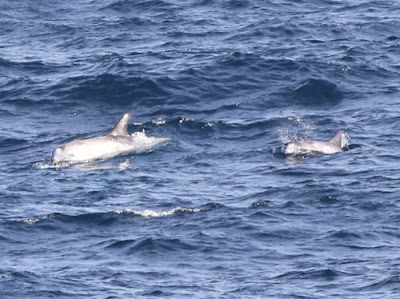 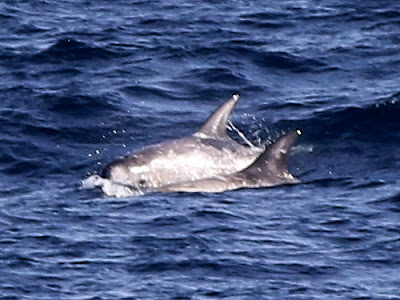 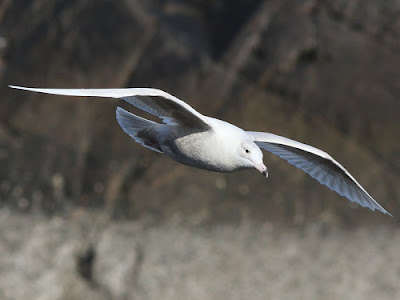 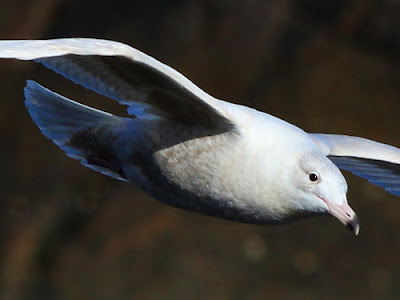 Juvenile Glaucous Gull at Lamba Ness
Posted by Hegura at 13:39