It was overcast but calmer than forecast this morning with the wind picking up this afternoon. As I walked out of the front door a Collared Dove was a surprise being the first that I've seen since June. As I walked up the slope to Valyie it was nice to hear both the Greenish and a Willow Warbler singing! Whilst walking around Norwick I also saw a Kestrel, the juvenile Stonechat, a Blackcap, a Garden Warbler, a Barred Warbler, a Siskin and the Common Rosefinch put in another brief appearance before again flying off high south. Skaw added just a Reed Warbler that Jamie had seen yesterday afternoon. We failed to add to the score-sheet at both Burrafirth and Haroldswick, so as Jamie had found 4 Curlew Sandpipers at Uyeasound, we took a trip down there seeing 3 accompanying a flock of 9 Ruff and the juvenile Little Gull was still present. An evening visit to Lamba Ness produced an early Lapland Bunting. 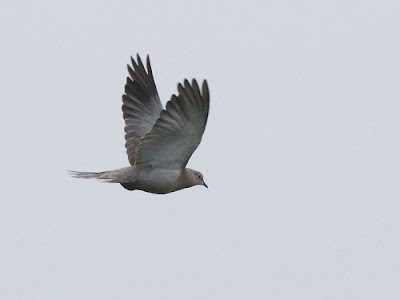 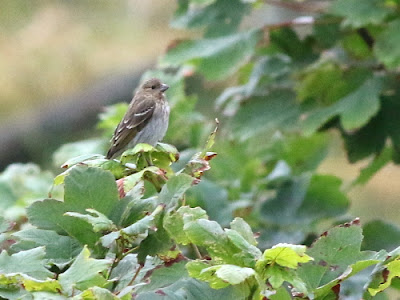 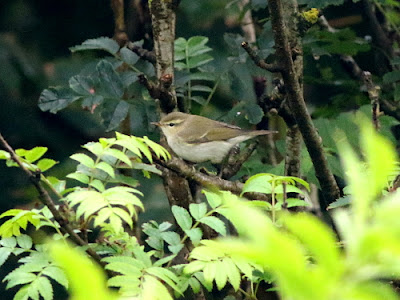 Greenish Warbler at Valyie
A recording of its song here 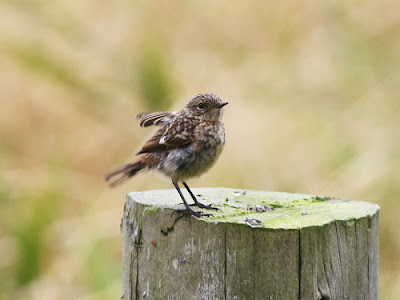 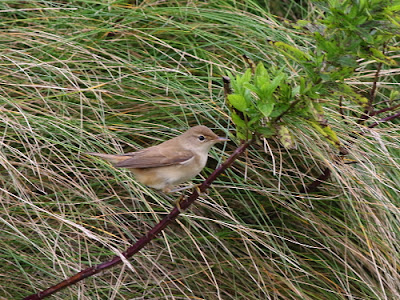 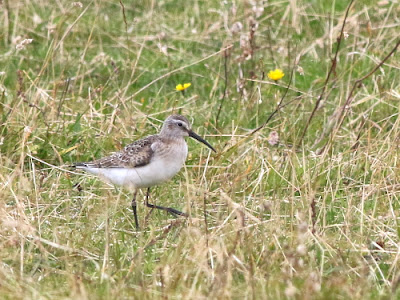 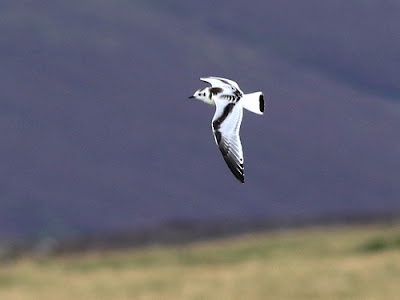