With 2 Hornemann's Arctic Redpolls on Fair Isle and 1 on Foula yesterday I wasn't too surprised when shortly after I arrived at Skaw this morning I flushed one from bathing in the burn. It obligingly sat on a fence preening and drying but the light was so poor I had to resort to the highest ISO to obtain a few images. All too soon it took flight but landed on the hillside towards Lamba Ness before flying higher up the hillside. I headed off to the headland but by the time I returned to the farm it had just been relocated but rather distantly. Lamba Ness produced a juvenile Pale-bellied Brent, a Lesser Whitethroat, a Brambling and 5 Snow Buntings. Haroldswick added 2 Willow Warblers and 7 Yellow-browed Warblers, Burrafirth another 3 Yellow-browed Warblers and Norwick 3 more, 5 Pinkfeet and a Brambling. 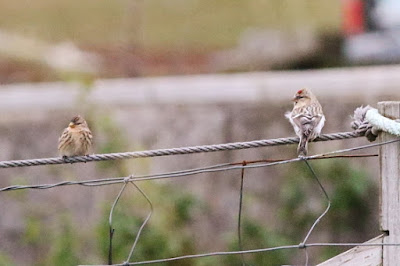 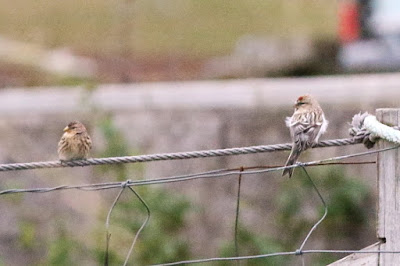 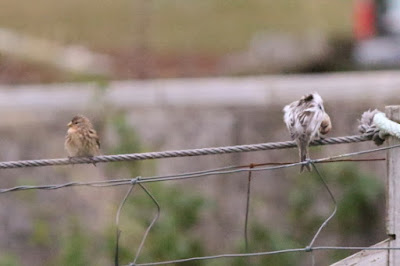 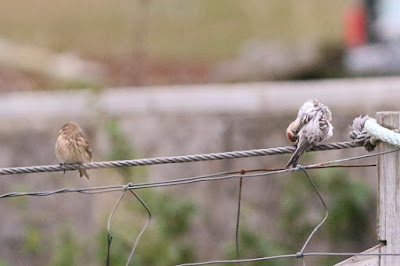 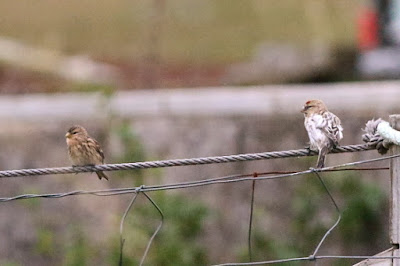 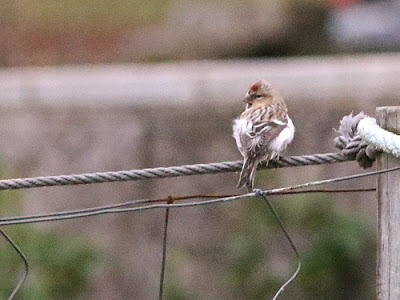 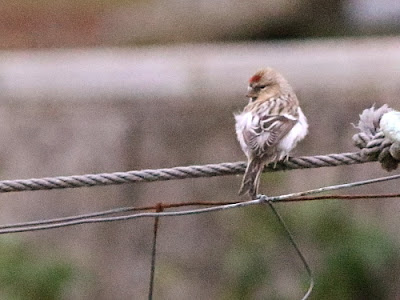 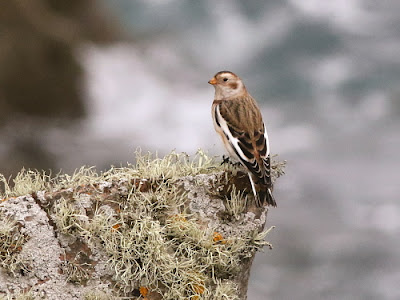 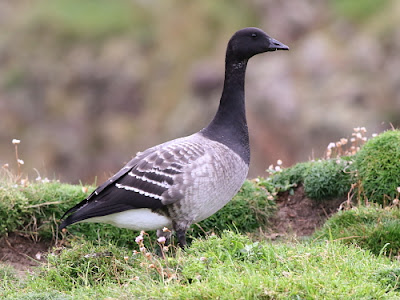 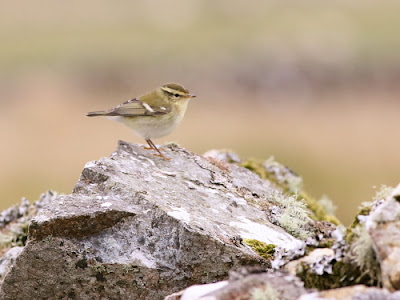