With a short spell of a light easterly wind overnight hopes were raised for this morning and it dawned calmer than forecast. On arriving at Skaw my first Brambling of the Autumn overflew calling. As I followed the path alongside the burn a movement in the mugwort just a couple of feet from where I found an Arctic Warbler on the first day of the month... soon revealed itself to be another - brilliant!! A few other migrants were present including a Reed Warbler, 2 Garden Warblers and a Blackcap. Lamba Ness produced a Willow Warbler and a Lapland Bunting. A look around Norwick added the Swallow, the Stonechat, 2 Garden Warblers, 2 Blackcaps, my first 2 Yellow-browed Warblers of the Autumn, a Willow Warbler, 2 Pied Flycatchers, the 5 Tree Sparrows and the Common Rosefinch. Haroldswick added another Yellow-browed Warbler as did Burrafirth and NorthDale. 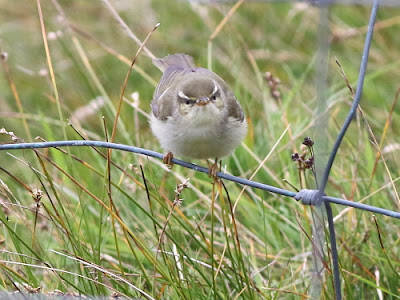 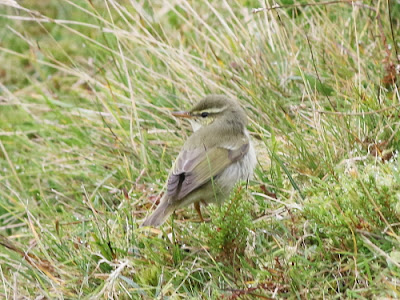 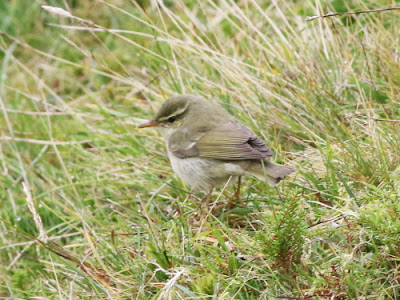 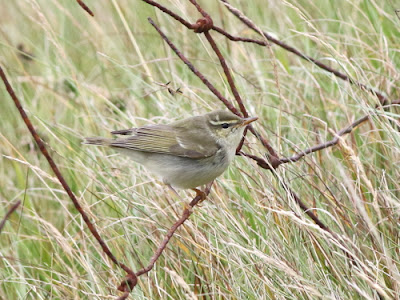 Arctic Warbler at Skaw
the sixth I've found on Shetland 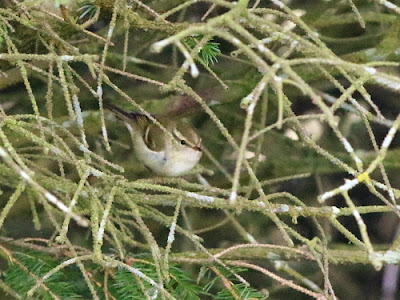 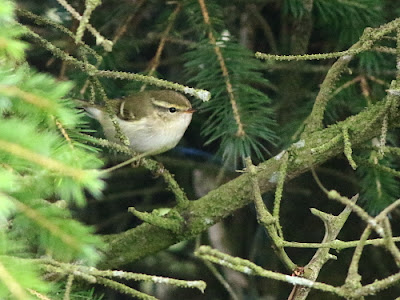