It felt a warm wind for a change! On walking to Valyie at 10.15am I saw the 2 Cranes take flight, with one circling high calling loudly and departing to the north, whereas the 'original' bird landed. At 10.42am two Cranes were seen circling overhead before also departing to the north - I immediately scanned the mires and the 'original' bird was still present. Looking at my images the one that had departed was missing a secondary on its left wing and was therefore neither of the two subsequently seen circling, confirming that 4 different individuals were seen this morning. We also saw a 2cy Iceland Gull, 2 House Martins, a Tree Pipit, a singing Lesser Whitethroat, our first 2 Spotted Flycatchers of the year, our first 5 Tree Sparrows of the year, the male Snow Bunting and our first Yellowhammer of the year. 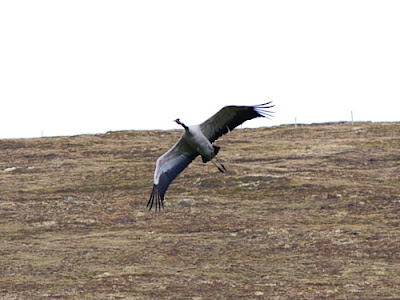 Common Crane at Norwick
about to depart north... 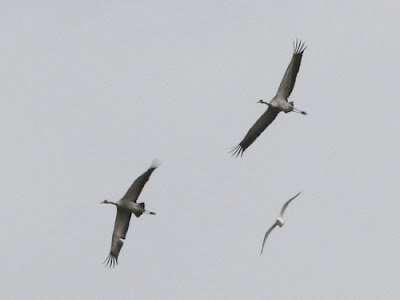 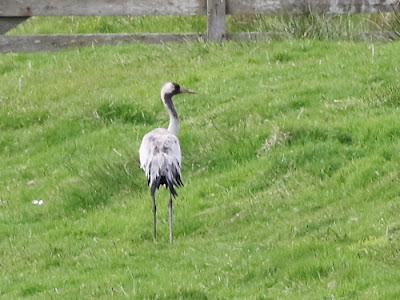 Common Crane at Norwick
and the one that decided to remain... and still present this evening 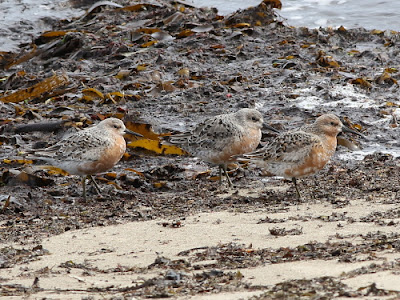 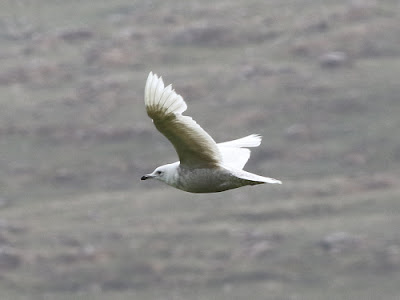 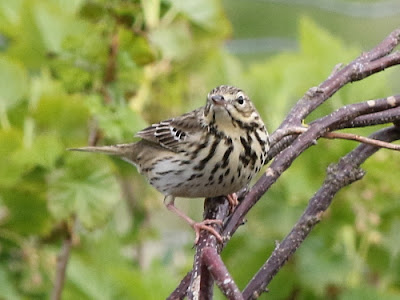 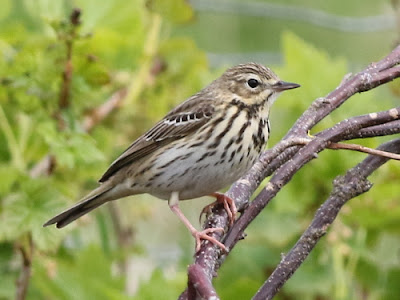 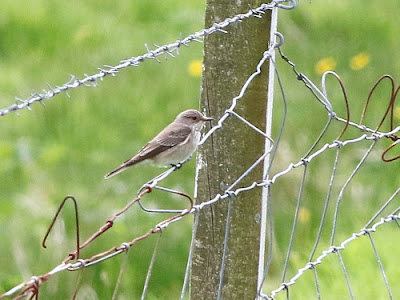 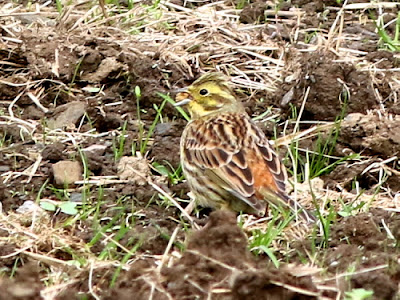