My eleventh consecutive day working long hours on Yell proved to be eventful with Brydon finding 2 Dotterel just north of Burravoe. I then saw a Red Kite at West Yell that landed in a field briefly before flying off north. With regard to the latter it's only fair to say that a local homeowner has been telling us over recent days that he's been seeing a large raptor over the fields in front of his house on at least three different days and that he saw two large raptors together on one of those days! I was into the last 3 minutes of my 12th hour working in the area, not just in the hope of seeing the raptor(s) I hasten to add(!), when the Red Kite flew into view... pretty much over the fields directly in front of the said homeowner's house! I'm looking forward to a day off tomorrow... but less so, to mowing the lawn! 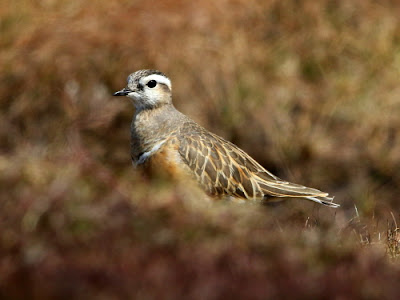