On arriving home early in the afternoon there were 20 Golden Plover and 26 Lapwings in the adjacent field and 4 Whimbrel arrived from the direction of the sea. A walk around Norwick produced a Pied Flycatcher, a Whinchat, 3 Willow Warblers and a Common Rosefinch. We made a quick evening visit to Skaw hoping for some brightly-coloured welcome home, but no such luck, just out of the car and we stumbled upon an unstreaked Acro!! It proved typically tricky to obtain any decent views of it as it flew from cover to cover. However, on seeing that it lacked any rufous tones to its upperparts, had a creamy-coloured wash to its underparts, pale tips to its primaries and showed a good primary projection we considered it a Marsh Warbler, that on seeing our images, JFC concurred. We also saw an Iceland Gull, a Whinchat, 2 Blackcaps and a Willow Warbler. 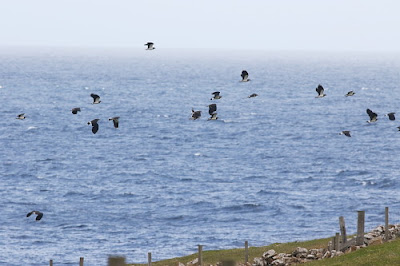 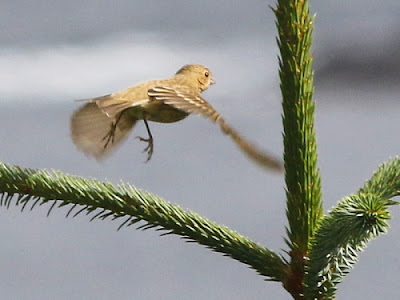 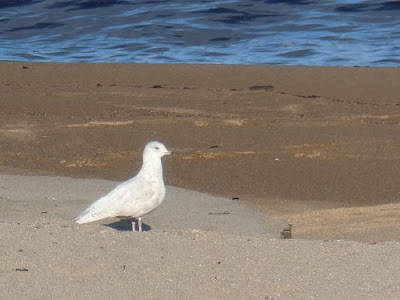 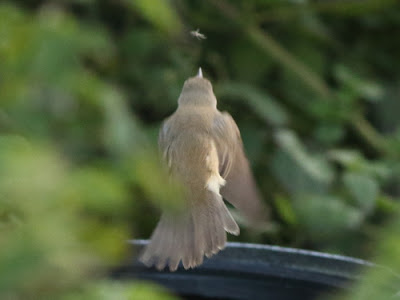 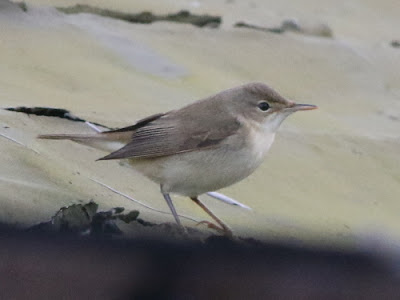 Reed & Marsh Warblers (Dante Shepherd) and Marsh Warbler at Skaw
Whilst the failing light didn't help our cause the structural similarites including its large eye and its short, stout and blunt-tipped bill are evident.
Posted by Hegura at 14:17
Newer Post Older Post Home