Despite a foggy start to the day it was immediately apparent that birds had arrived overnight on the island as there was a Willow Warbler in our garden and  20+ Redwings and a Wheatear along Holsens road. As I arrived at Skaw a Redstart flicked across the burn to join another on the fenceline and I also saw a Whinchat, 2 Wheatears, a Robin, a Blackcap and a Goldcrest. A walk across the headland at Skaw proved birdless until I arrived at Forn Geo and immediately heard and then saw a Red-breasted Flycatcher that was occasionally being chased by a couple of Redstarts that were also present. A check of another four geos then drew a complete blank although at least 5 Lapland Buntings were seen along the clifftops. As I was about to leave Skaw the Iceland Gull was bathing in the burn. On arriving home there was now a Wheatear and 2 Robins in our garden and 2 Grey Herons and 13 Barnacle Geese flew over soon to be lost from sight in the fog. A check of a geo on Clibberswick Hill provided the unlikely sight of 4 Grey Herons resting on the cliff although they quickly took flight. A modified circuit around Norwick that didn't include Valyie produced a Redstart, a Garden Warbler, 5 Blackcaps, 2 Yellow-browed Warblers and a Willow Warbler. A visit to the shop neatly coincided with Tony Davison and friends relocating a Pale-bellied Brent at Clingera that Mike P had previously seen disappearing into the fog! Whilst in Baltasound I also saw a Pied Flycatcher, 2 Blackcaps, 2 Yellow-browed Warblers and a Brambling. As we drove back through Haroldswick there was a flock of 7 Pinkfeet near the Heritage Centre. 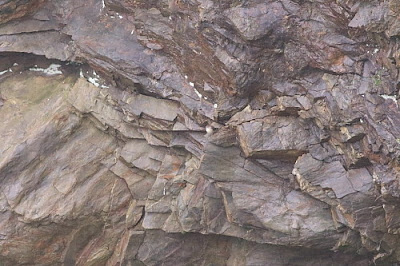 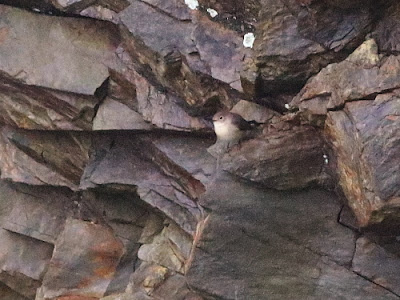 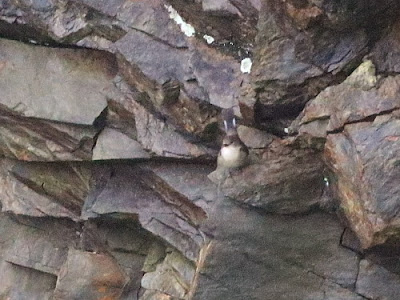 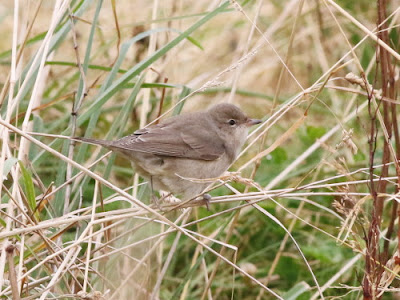 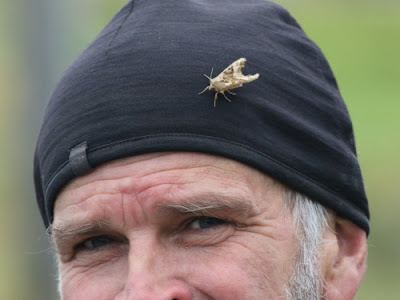 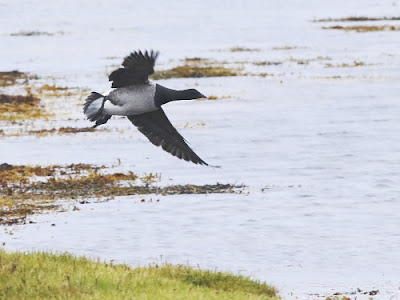