Left pre-dawn with Angel to climb a trail to a territory of a Rufous-breasted Antthrush with the bird heard calling as we arrived and it eventually showed well. We also saw a pair of Sickle-winged Guan and and family group of Crested Guan in the area. Yesterday's tour group then arrived the rain having dissuaded them from making a visit yesterday. I joined them for the Antpitta trail seeing the Moustached Antpitta and an Ochre-breasted Antpitta but the male Giant Antpitta failed to show much to the disappointment of some of the group. Whilst the tour group opted for breakfast we decided to leave and drove to 23 de Junio. Luis was in town when we arrived so we took a walk along the road up the valley alongside the river seeing a few birds before the rain started. We retraced our steps to the Umbrellabird Lodge where Luis duly arrived off the 4pm bus and warned us that we needed the rain to stop before dawn the next morning for the Long-wattled Umbrellabirds to lek. Torrential rain ensued... 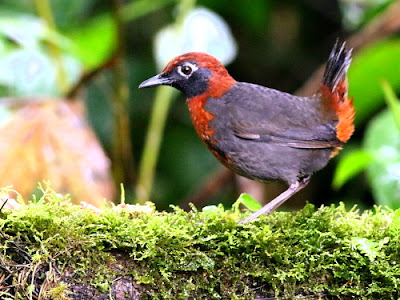 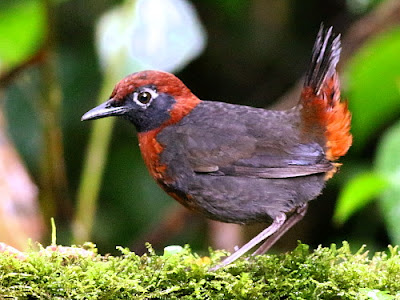 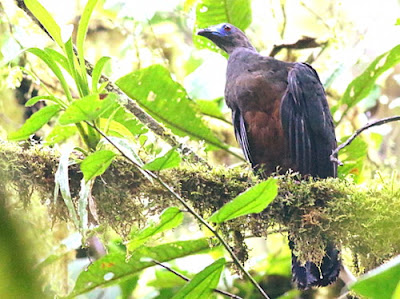 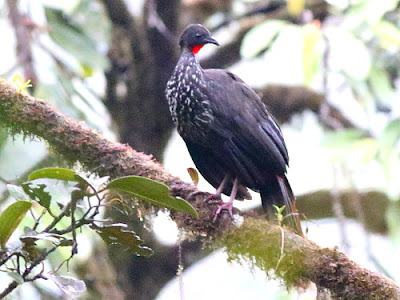 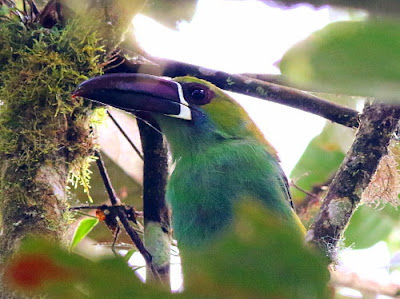 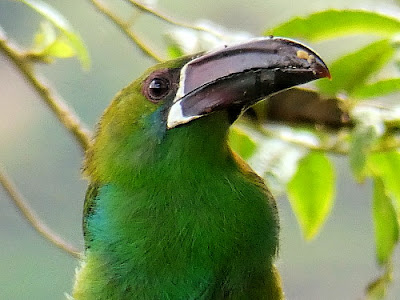 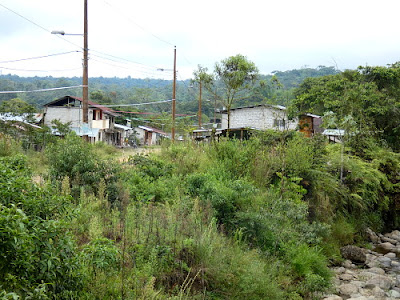 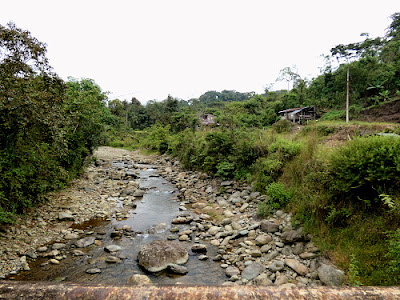 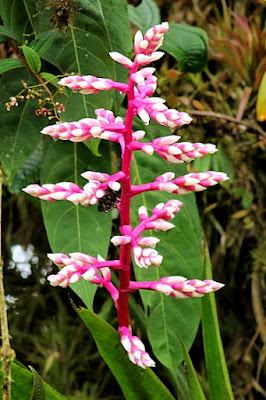 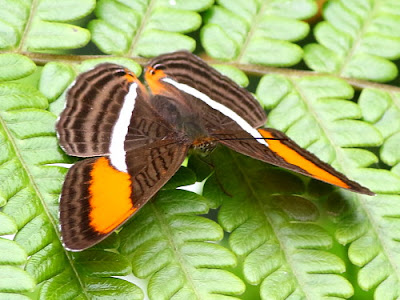 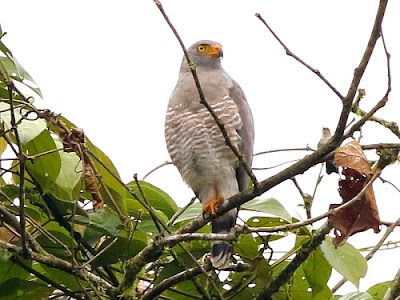 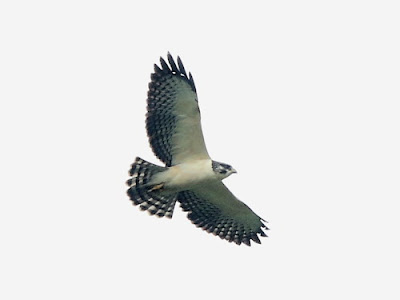 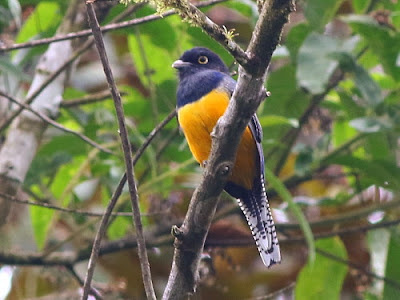 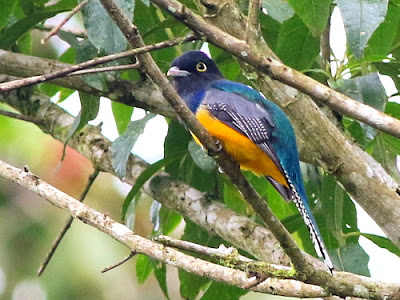 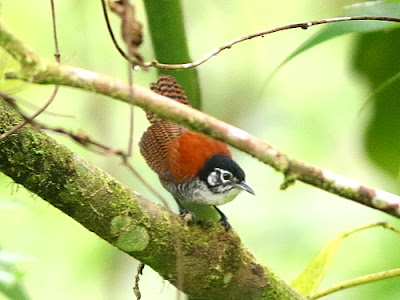 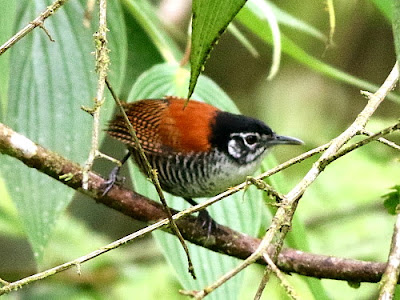