Our garden at Millfield played host to Swallow, Blackcap, Garden Warbler, Common Whitethroat and Willow Warbler, An early morning walk around Skaw produced many of the same but slightly fewer of the migrants seen yesterday. Lamba Ness produced another surprise Wader in the form of a Black-tailed Godwit and the 2 Shorelarks were still present. Whilst watching these I heard a couple of distant Gulls alarming and picked out a large raptor flying strongly northeast out to sea from Skaw. I ran back to the car grabbed the scope and could see it was the Honey Buzzard that Al had seen over Valyie yesterday at 3pm - I had hoped it might overnight on the isle. Just as it was becoming a distant speck through the scope, it suddenly doubled-back and was flying straight towards me. It continued and even briefly landed on Lamba Ness before being mobbed by a Raven that sent it back out to sea. This time it returned via Skaw and I saw it gain height and drift off over Saxa Vord hill as the Bonxies scrambled into the air! The 2 male Grey-headed Wagtails were still present at Norwick as were a juvenile Iceland Gull, 2 Pied Flycatchers and 2 Mealy Redpolls. 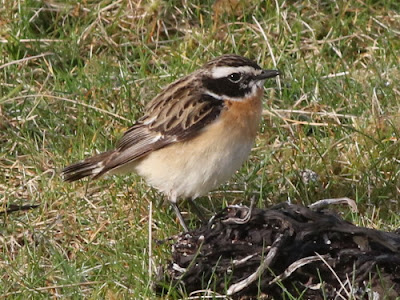 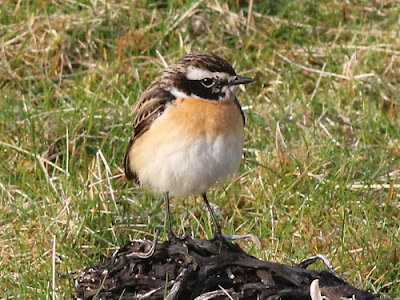 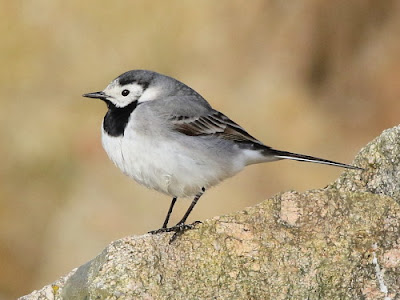 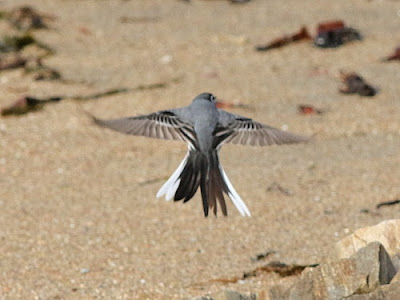 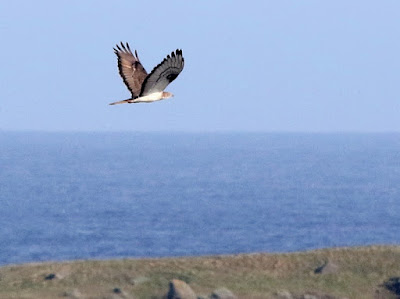 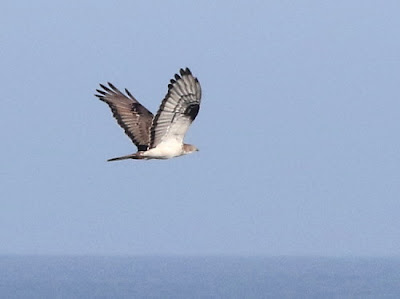 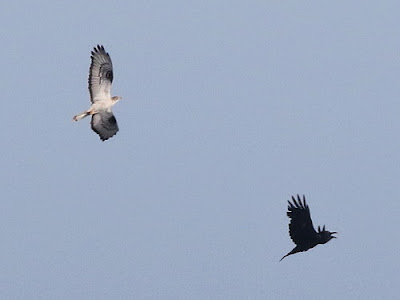 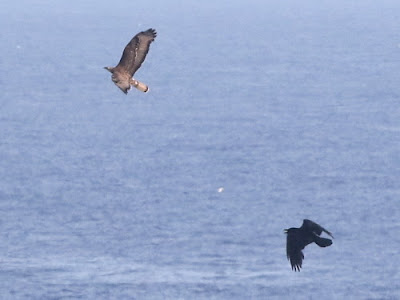 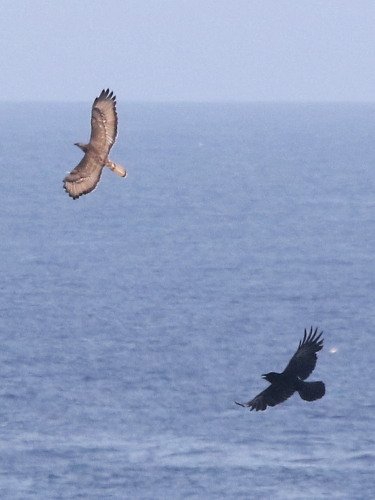 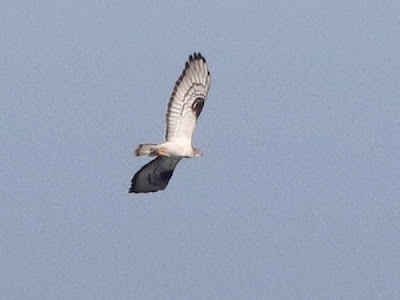 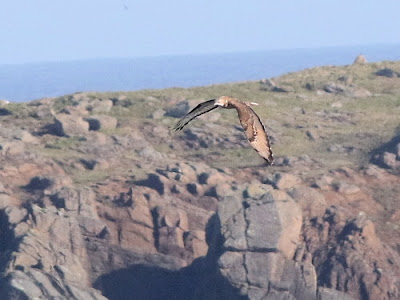 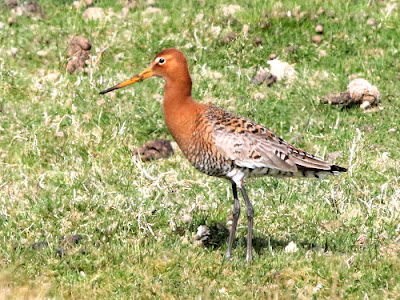 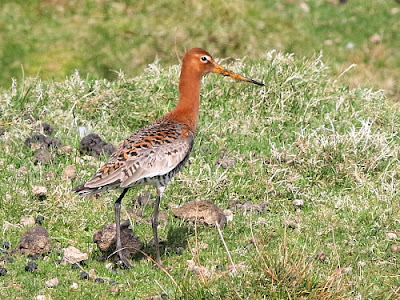 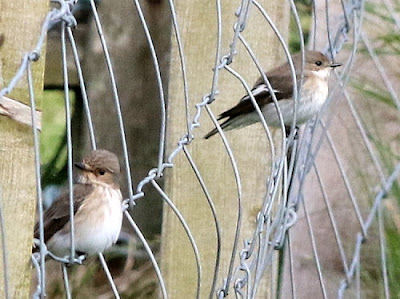 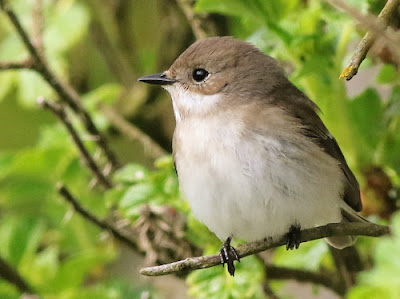 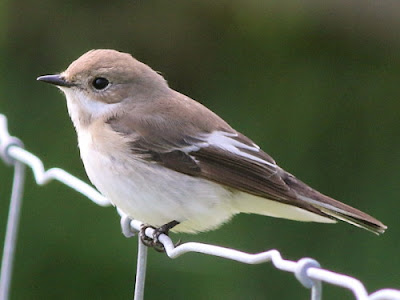 Female Pied Flycatcher at Norwick
Posted by Hegura at 14:54