I arrived at Skaw hoping to see some migrants but didn't see any at all. I decided to quickly walk the headland where I found 2 Shorelarks feeding on the short turf. Migrants were also few and far between at Norwick where I had only seen 4 Arctic Terns, a Lesser Whitethroat, 3 Chiffchaffs, a Goldcrest and 6 Brambling when I inadvertently flushed a Long-eared Owl that then showed nicely. Being out of signal I was late to hear that Jim Nangle had found 4 Dotterel at Keen of Hamar that I then successfully twitched before reluctantly heading to work. 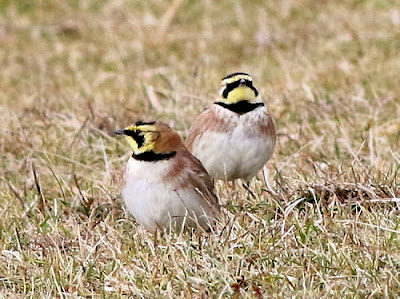 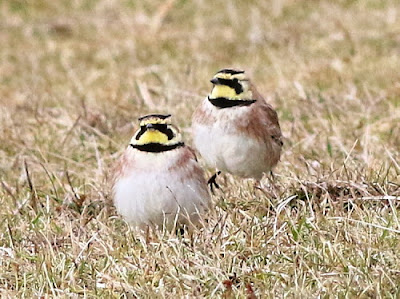 Pair of Shorelarks at Skaw 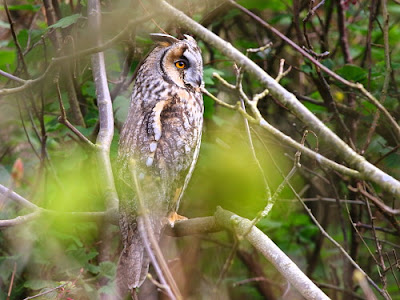 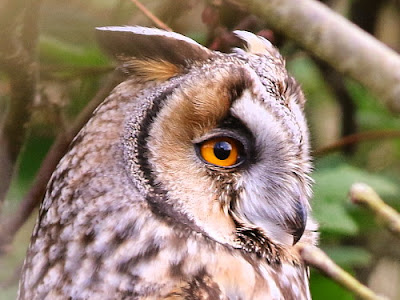 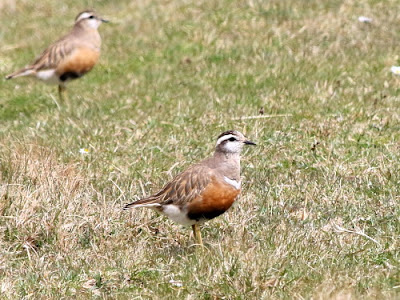 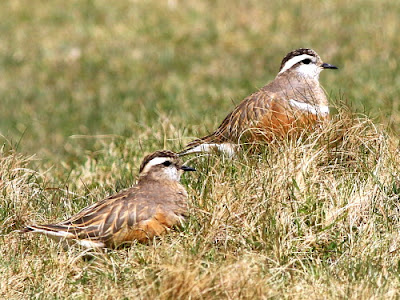 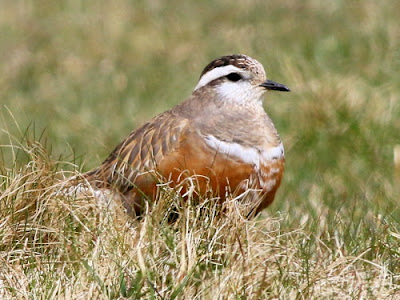 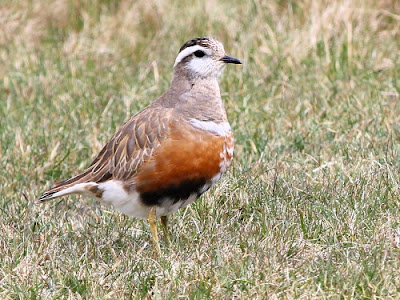 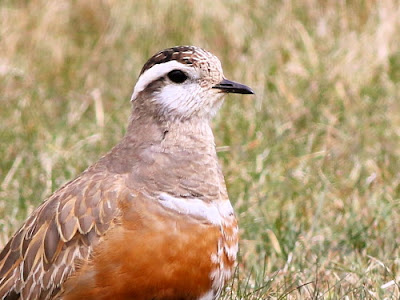 Dotterel at Keen of Hamar
Posted by Hegura at 12:05