Kjell Mork Soot has kindly replied with the ringing details of the colour-ringed Rock Pipit AEM seen on Norwick beach on the 10th April. It was ringed at Lista Bird Observatory, south Norway as a first-winter male on the 24th September 2018 and subsequently seen at Wimereux, Pas-de-Calais, France on 11th March 2019. Kjell added some additional thoughts ''I think this bird is colour marked on migration in Southern Norway. The bird has been wintering in France (they often return to the same locality every winter), and this spring it has gone to south-east  England (from France) and has flown along the east coast of UK to Shetland. From there it will go to breeding ground further north in Norway. This spring a lot of colour ringed  Rock Pipits are seen in south east in England. I think some may have come from France.'' 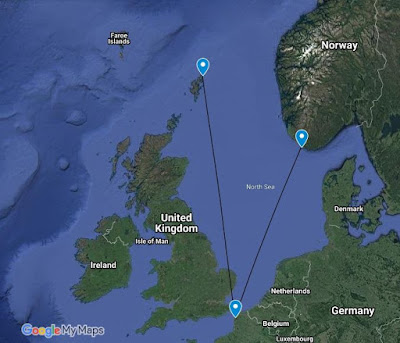 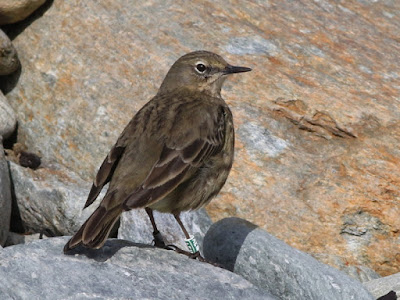