A nice calm day spent birding. Numbers of early migrants continue to increase with us seeing a Red-throated Diver on a freshwater loch for the first time this year and a flock of 7 off Uyeasound, a flock of 6 Herons, 2 Merlins, more Common Gulls on the beaches, sizeable flocks of Lapwings in the fields, the flock of Skylarks behind our house now numbering 25 and larger flocks of Starlings. A tour of lochs failed to produce a hoped-for Smew but the family party of 6 Mute Swans were still present on Easter Loch but only 3 Whooper Swans and not a single Snipe, white-winged Gull were seen all day. 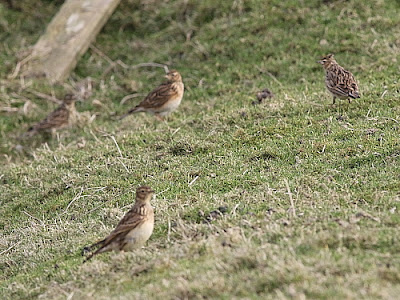 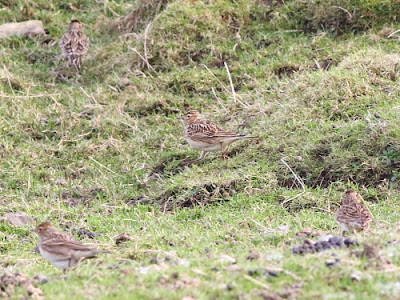 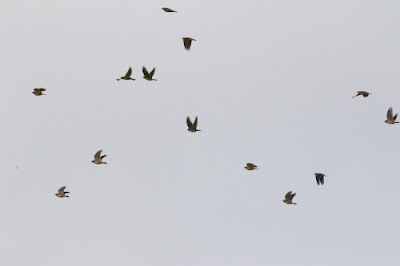 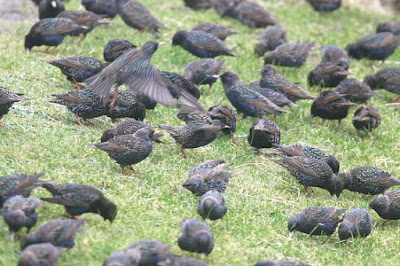 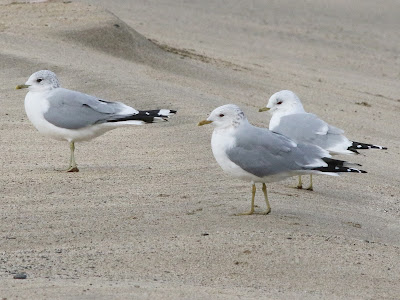 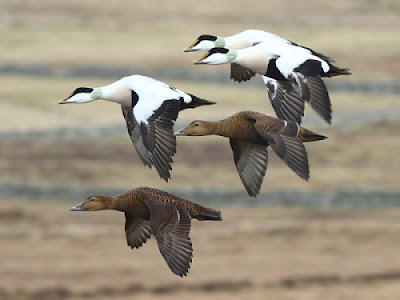 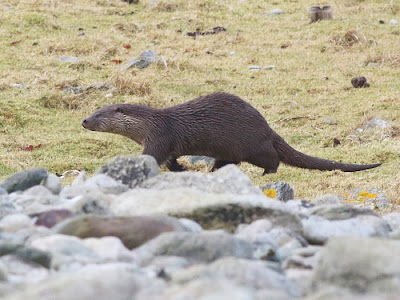