The wind had eased a little overnight and the sea swell had disappeared from Norwick as had virtually all of the Gulls although an adult Glaucous Gull flew ashore. Westing was playing host to a horde of Herring Gulls but surprisingly I could only see a single 2cy Iceland Gull among them and there were 2 Purple Sandpipers on the beach. A Scandinavian Rock Pipit attaining its summer plumage was feeding on beached seaweed at Uyeasound and on my return through Haroldswick the female Pintail and 3 2cy Iceland Gulls were feeding together along the shoreline. I then headed to work on Yell where the female Scaup was still present on Kirk Loch, Cullivoe and there was a flock of 7 Snow Buntings at Ulsta. 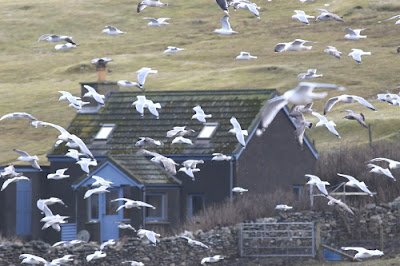 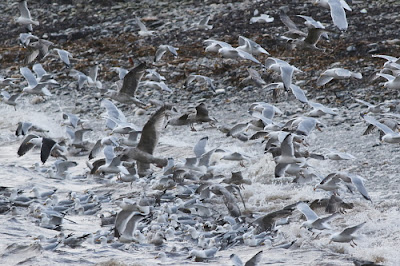 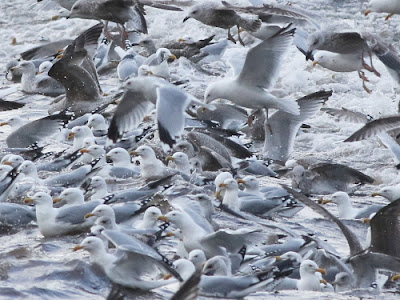 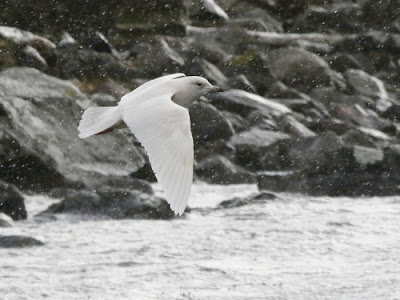