With a cold northerly wind I headed for Lamba Ness where in 90 minutes I saw a female Long-tailed Duck, 6 Guillemots, 4 Little Auks, 40 Kittiwakes and a small pod of Killer Whales all moving north. I also saw the blue Fulmar from the cliffs and 6 Glaucous Gulls (3 juv, 2 2w & 4w) patrolling back and forth along the clifftops and 25 Snow Buntings. At Norwick I saw the Knot and 2 Robins. At the Shore Station a Sparrowhawk was seen in pursuit of a Redwing. At Haroldswick there were 5 Pinkfeet and a Song Thrush. On returning home there was a Siberian Chiffchaff in our garden - hardy birds considering how cold it's felt here today! 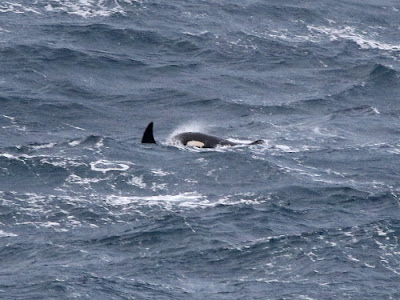 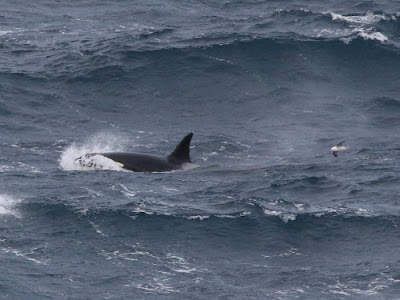 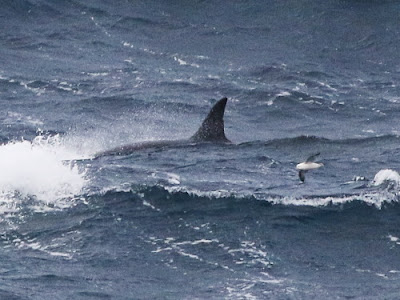 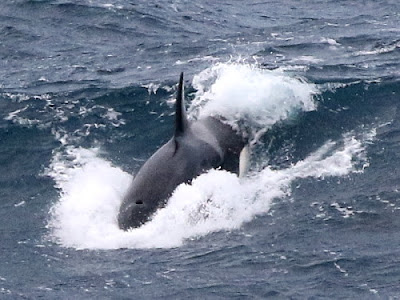 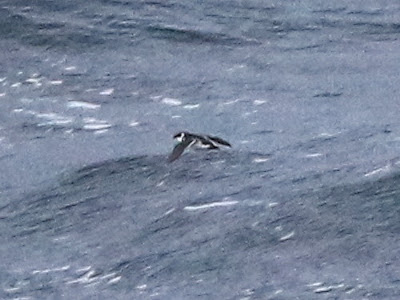 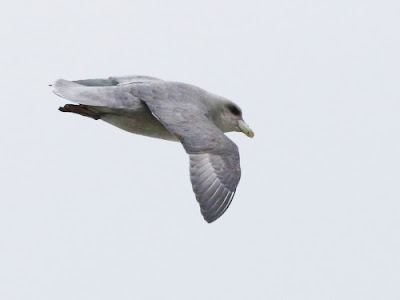 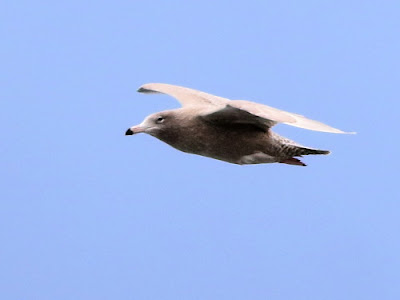 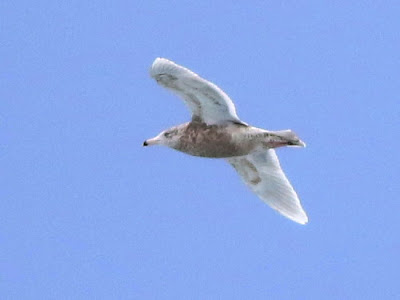 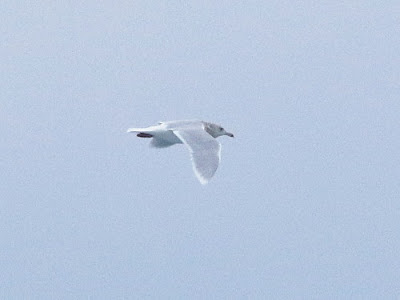 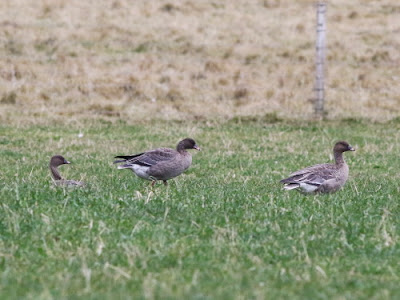 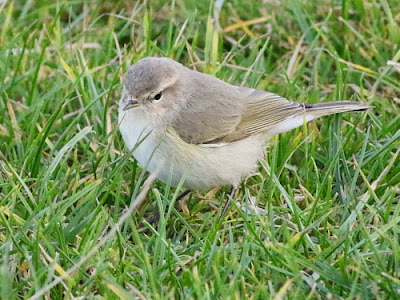