My early morning circuit had produced just a Chiffchaff and 4 Blackcaps some of which seemed to be struggling in the windy weather so receiving news of a Subalpine Warbler present at the Shore Station at Burrafirth came as a considerable surprise! Whilst I was present it was showing well on and off but remained silent and was becoming increasingly elusive as the wind increased. A Blackcap and 2 Siskin were also present. Robbie checked his phone to then see news of a Buff-breasted Sandpiper at Uyeasound, so I quickly popped home where my parents very kindly phoned with the news, before heading south where it was seen feeding alongside a Ruff in a field full of Golden Plover. We then visited Lund seeing a Little Bunting and a juvenile Shelduck on Small Waters. During an early evening respite from the storm a Sand Martin flew past our house. 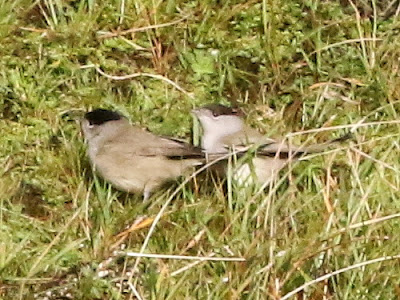 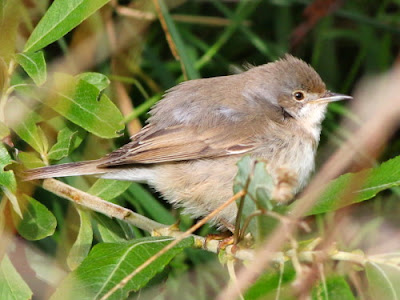 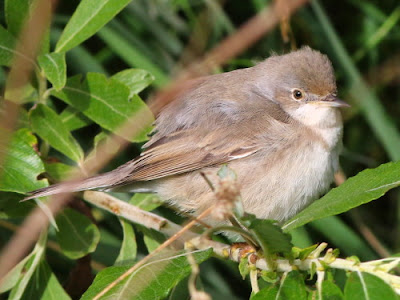 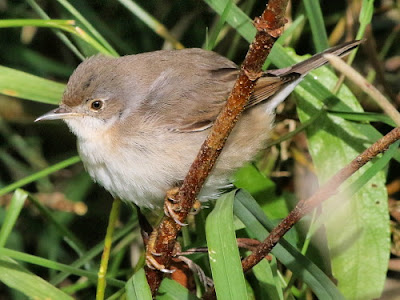 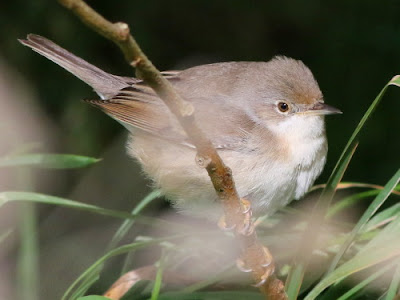 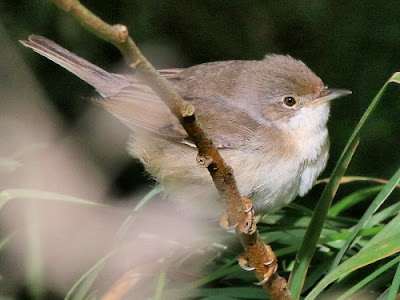 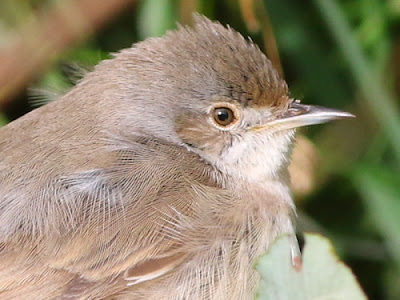 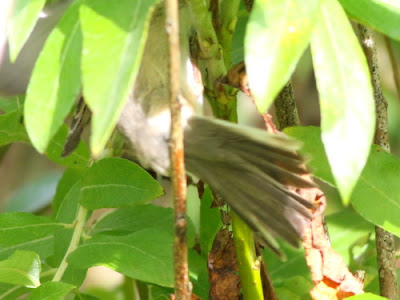 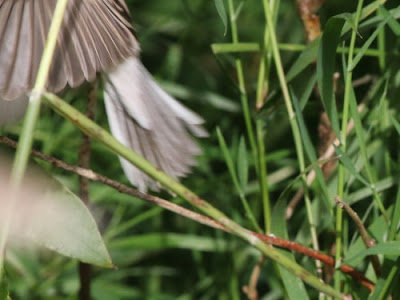 Subalpine Warbler at Burrafirth
With reference to Shirihai & Svensson (2018) its greyish iris, orange-brown orbital ring and buff-fringed primary coverts presumably render it a first-winter female. It is difficult to be sure of its exact tail pattern (especially of T5) and anyway Svensson (BB Vol.106 p.651-668) details some of the extreme variation and problem birds in terms of tail-pattern character, so it would be nice if it starts to call! 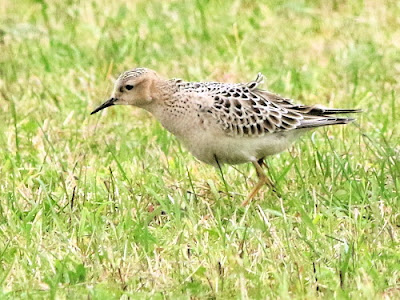 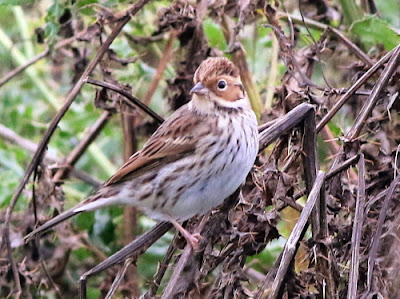 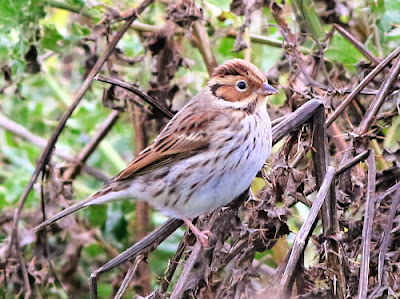 Juvenile Shelduck at Small Waters
Posted by Hegura at 12:30