We made another pre-dawn arrival at the car drop off point, this time accompanied by Dwi and Tsuri, and were soon listening to a calling Mountain Scops Owl and a Barred Eagle-Owl as we traversed the fields to the forest edge. Having seen Salvadori's Nightjar yesterday we continued along the trail into the forest in the dark and almost immediately flushed a Spot-necked Babbler from the trail-side undergrowth that Dwi quickly spotlighted. We paused at the first clearing where a pair of Salvadori's Nightjars were flying around at treetop level. Then the male Schneider's Pitta called-back to Dwi's imitations of its call but it failed to show. Dwi pointed out the call of a Sumatran Rimator, and with careful use of playback it approached us closely, but very frustratingly, it remained out of sight. More frustration was soon to follow just below base camp as Dwi saw a female Salvadori's Pheasant below the fruiting tree that was still attracting female Siberian Thrushes. The Pheasant crept away along a fallen tree trunk but all I saw was some movement before it hopped off the trunk and into the thick undergrowth. We arrived at Dwi's hide and the juvenile male Schneider's Pitta was still present. Brenda elected to remain at the hide with Tsuri whilst I made the ascent with Dwi to Camp Cochoa being rewarded with seeing an inquisitive group of vocal Siamang Gibbons and a fine Sumatran Trogon just above Air Minum. A little higher we encountered a mixed-species flock that contained a couple of Sunda Minivets and Sunda Warblers. We taped-in a couple of singing male Sumatran White-browed Shortwings just below Camp Cochoa that showed too closely to be photographed! More frustration followed at Camp Cochoa itself as Dwi whistled-in a Red-billed Partridge but I failed to obtain a tickable view of it in the thick undergrowth and some vocalising Rusty-breasted Wren-babblers remained distant. It was then a surprise when Tsuri appeared with a lunch box and the news that Brenda and Tsuri had seen a male Salvadori's Pheasant creeping around behind Dwi's hide. An approaching thunderstorm convinced us to descend that appeared an inspired decision on hearing a Sumatran Cochoa calling roughly halfway down to Air Minum on the commencement of rain. Despite it calling for some time, frustratingly, none of the three of us could see it in the treetops. It would call back to playback but never seemed to change its position. It eventually fell silent and the chance was gone. We arrived back at the hide where we sheltered from the rain for a while before making our way down the trail. A flock of Common Green Magpies at Base Camp were unexpected. We heard one or more Barred Eagle-Owls at the clearing where we had seen the Salvadori's Nightjars at dawn but they failed to show in response to playback. A Sunda Cuckoo was also heard calling there, and was then seen to fly through the clearing, but the views weren't satisfactory with it now being dusk. One final surprise was provided by seeing a Barn Owl as we traversed the fields back to the car drop off point. It had felt a tough day when most of the real prizes had narrowly eluded us, but then, very few find the birding at Kerinci straightforward! 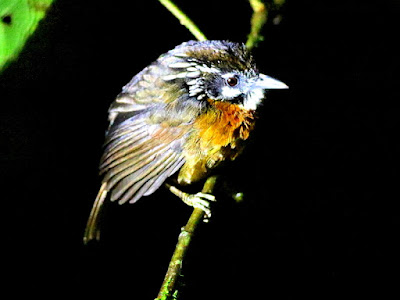 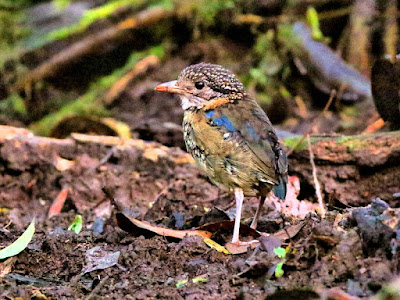 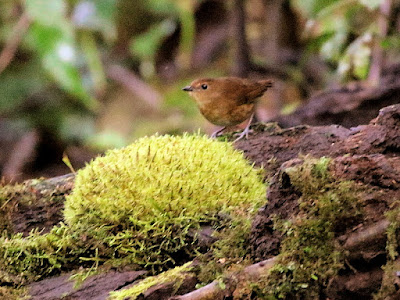 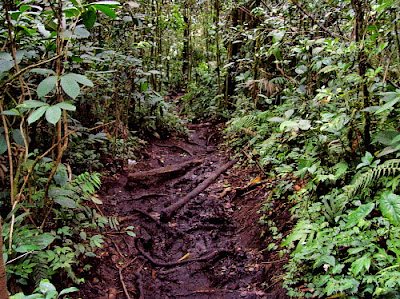 the trail up Gunung Kerinci 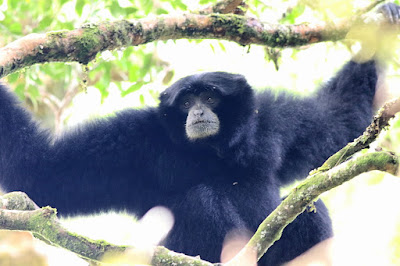 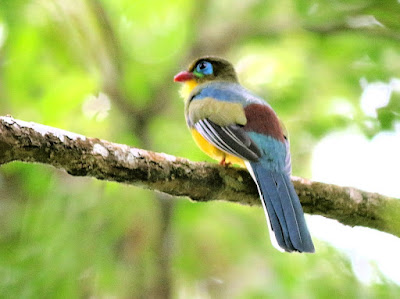 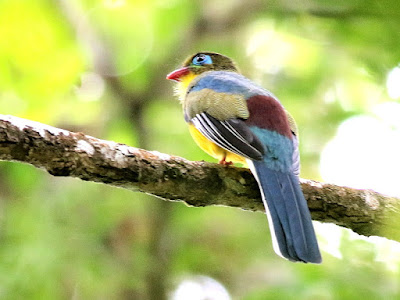 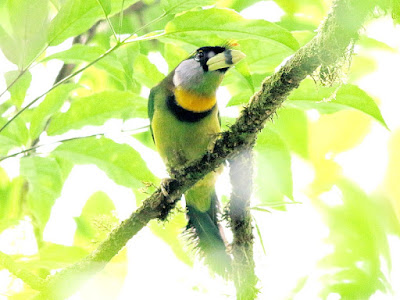 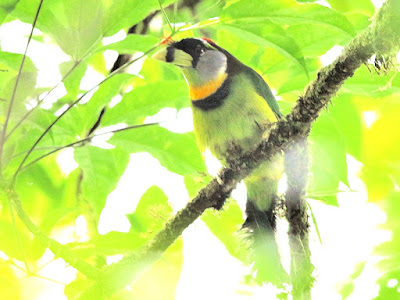 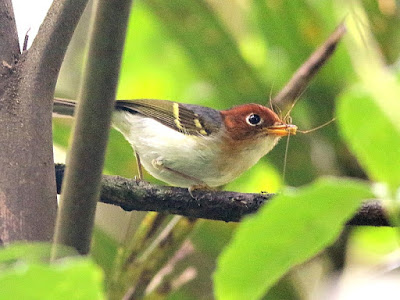 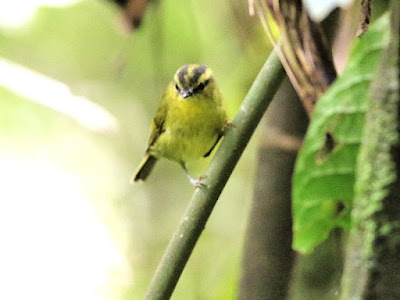 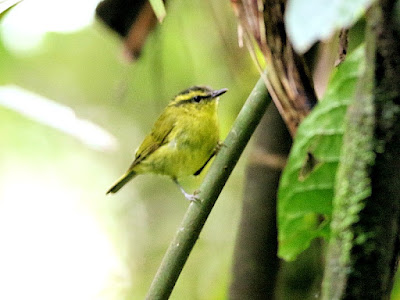 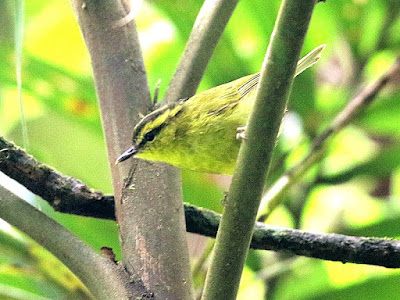 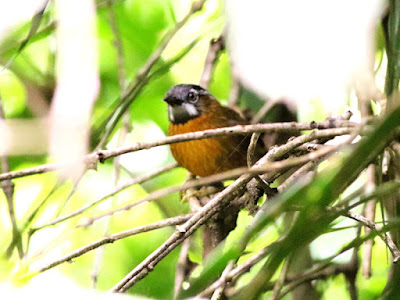