We caught our 7.25am Air Asia flight from KL to Padang arriving on-time at 7.35am. We were met by two of Dwi's brothers (Pak Subandi's sons) and safely driven the 7 hour mostly rural route to Kerisik Tua where we enjoyed our first views of the somewhat-daunting Gunung Kerinci being an active volcano. We were shown to our spacious room complete with new mattresses and an ensuite western-style w/c. Pak Subandi soon appeared to greet us with a plate of fried bananas explaining that his elderly Mother-in-law was very poorly downstairs. Dwi soon arrived and took us to the shop next door to ensure he bought provisions to our liking. Cloud was largely engulfing Kerinci but we were soon on our way to the forest edge as Dwi had seen a Salvadori's Nightjar performing at dawn there the last two days. Whilst traversing the fields to the forest edge we saw the first of several Long-tailed Shrikes of the form bentet. With enough light we walked the trail to the first clearing where Dwi told us that in the morning he had heard a Sumatran Frogmouth pre-dawn but he explained that in a subsequent search he had failed to find it. Undeterred he set off into the forest and returned 10 minutes later to say that he had found it! With light rapidly fading we hurried to the spot and enjoyed eye-level views of a roosting adult female often gently swaying - a brilliant and memorable start to the trip! Fog had closed-in and combined with light rain we didn't see or hear any Nightjars before returning to Pak Subandi's homestay. We arranged a pre-dawn departure for the following morning to try again for the Nightjar, enjoyed a great evening meal, and were pleased to call it a night. The travelling was over and the birding had begun in style! 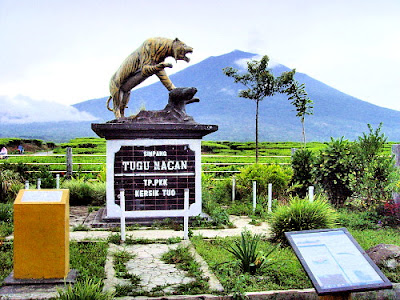 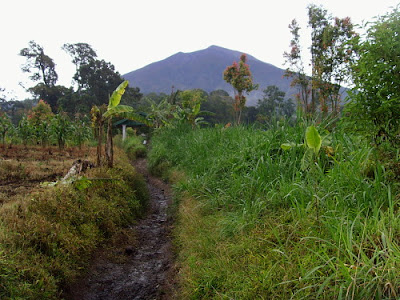 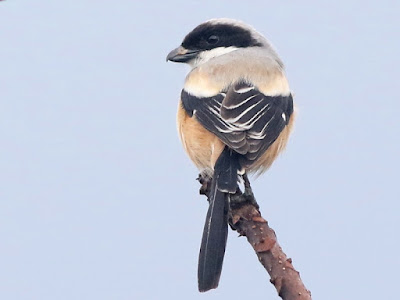 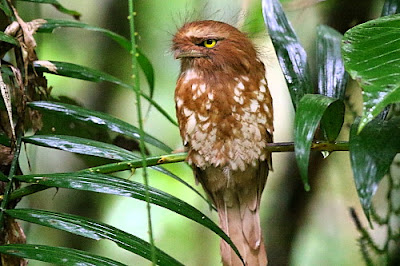 Adult female Sumatran Frogmouth at Gunung Kerinci
swaying to presumably resemble a dead leaf moving in a breeze
Posted by Hegura at 10:07