Our dawn start at Skaw produced a Whinchat, a Reed Warbler, a Lesser Whitethroat, 3 Blackcaps, a Willow Warbler, a Chiffchaff, a Little Bunting and a Brambling. Braeview added a Short-eared Owl, 2 Redwings, a Goldcrest and a Lapland Bunting. Burrafirth produced a Robin, a Common Redstart and 3 Chiffchaffs. Clingera held 3 Common Redstarts and 3 Chiffchaffs. Brian M then very kindly called to say that Paul & Nick had found a flock of four Crossbills at Setters Hill and that they all appeared to be Parrots! We called round to let Brydon know seeing a Quail walking along his road - superb! We were soon at Setters Hill joining the assembled crowd watching the Parrot Crossbills when a fifth bird arrived with all the birds flying around and calling excitedly when it did so. 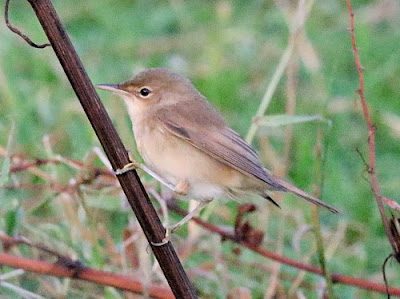 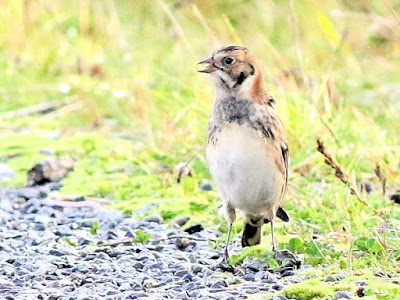 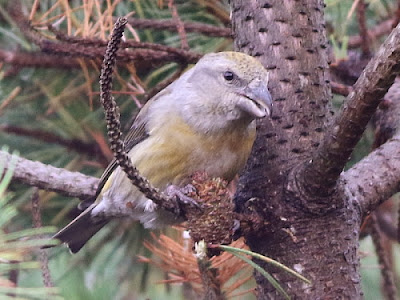 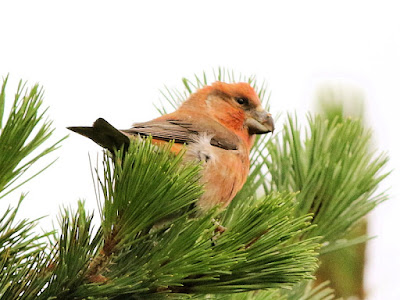