A nice calm overcast dawn so we headed to Norwick where it proved incredibly quiet with us seeing just 2 Blackcaps and a Reed Bunting until an Arctic Redpoll briefly popped-up into view alongside a Mealy Redpoll. We then tried Skaw where the Red-throated Pipit, Tree Pipit, Blackcap and Chiffchaff were all still present. Burrafirth failed to produce any migrants but at Houlland we found our first Siberian Chiffchaff of the Autumn and a Brambling. Lund added a single drake Long-tailed Duck, a Chiffchaff and 4 or 5 Harbour Porpoises in the bay. North Dale added a Blackcap, a Chiffchaff and a Willow Warbler. 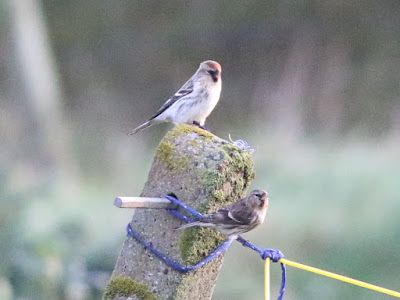 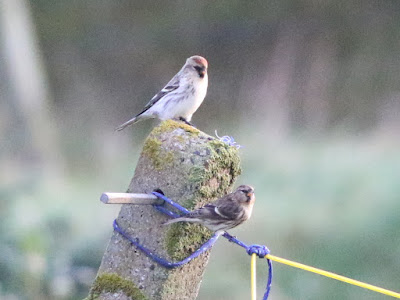 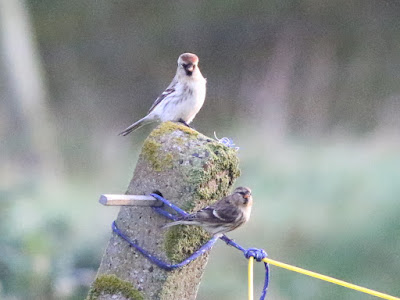 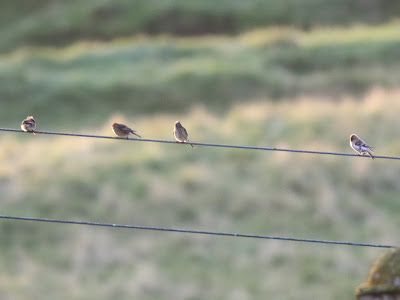 Arctic Redpoll at Norwick
The pager reported a Hornemann's Arctic Redpoll present at Norwick yesterday but based on brief views of the above bird seen alongside a Mealy Redpoll and then Twite it appeared to lack the size, bulk, shape and jizz of that form. Based on our brief views and the number of Hornemann's being seen after the northwesterly winds we were reticent to consider it a Coue's. However, Brydon, Micky and Mike found a Coue's in Baltasound and Brydon kindly took a look at the above images and pointing to its size and clean face considered it a Coue's. A quick internet search reveals a rather similar-looking Coue's here: 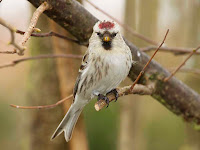 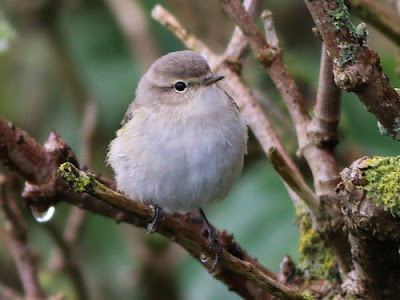 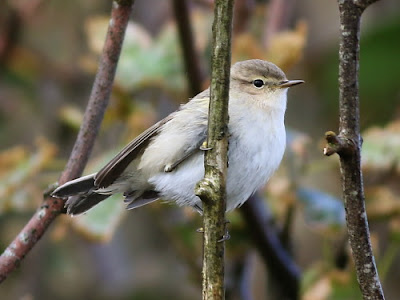