The forecast was pretty dire for today for after the first couple of hours of daylight but in fact the weather, whilst raining at times, never stopped us birding today. Whilst walking to Norwick a Sparrowhawk was seen sat on a gate and then I found a Reed Warbler with a deformed bill - not what anyone hopes to find on Shetland in late October! A couple of flocks of Teal arrived in off the sea there. Robbie then kindly gave me a lift home to avoid the worst of the first downpour of the day. Two Long-eared Owls were then found rooting together sharing the garden with 2 Ring Ouzels. Skaw produced a Lesser Whitethroat, a Siberian Chiffchaff and a Little Bunting. A tour of the Baltasound sites resulting in flushing a Woodcock at both Clingera and Setters Hill where we chanced upon a flock of 6 Redpolls tantalizingly high in the pines that all appeared to be Arctic Redpolls before they flew off towards the Post Office where a Wheatear was present and the Surf Scoter remained offshore. 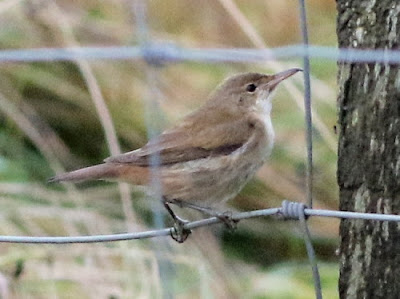 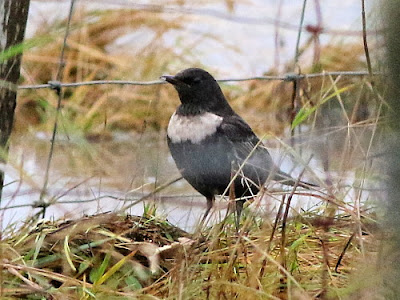 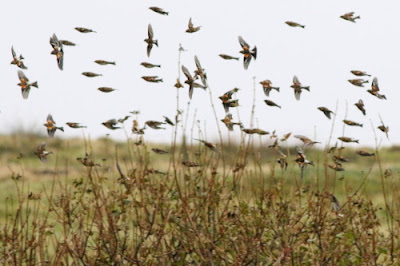 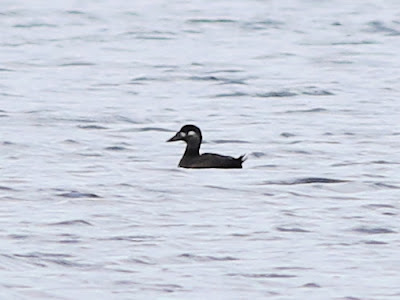 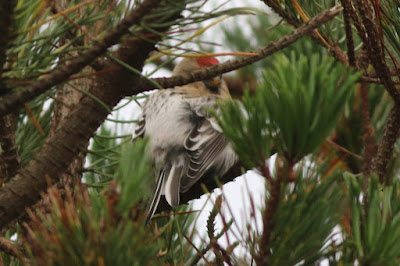 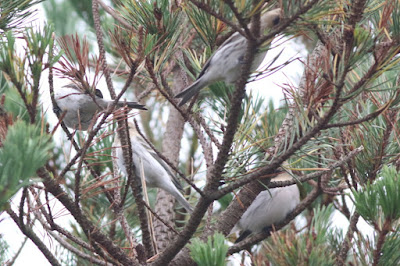 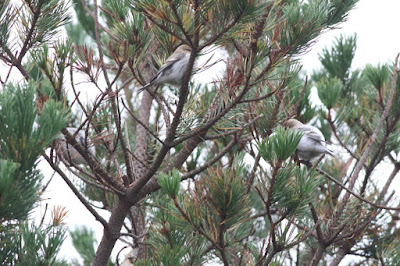 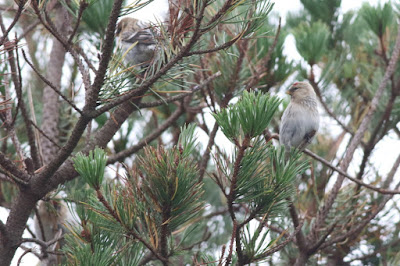 Arctic Redpolls at Setters Hill
Posted by Hegura at 15:18