The forecast rain arrived earlier than forecast although it took a while for the wind to increase. At Skaw a juvenile Common Crossbill leapt out of the grass virtually at my feet and perched on a nearby gate where it proved extremely confiding - literally to a few inches! It then flew to some stinging nettles where it appeared to be eating aphids. The 2 Mealy Redpolls were still at the School and a Greenshank flew over calling. A seawatch from Lamba Ness in the worsening weather then proved unproductive. 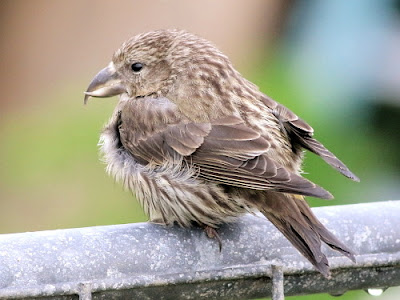 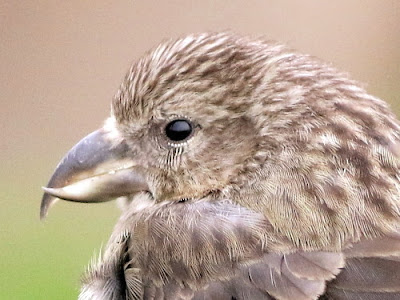 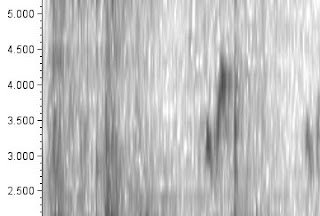 Juvenile 'Glip' Common Crossbill at Skaw
A sonogram of a recording of its call revealed it was another of the 'Glip' vocal-type.
Posted by Hegura at 05:52