A nice morning trying various areas that produced a presumably leucistic Fulmar sat on the cliffs at Skaw and a few Sanderling on the beach there, 2 Garden Warblers together at Norwick and the first-summer female Two-barred Crossbill still present at Setters Hill. 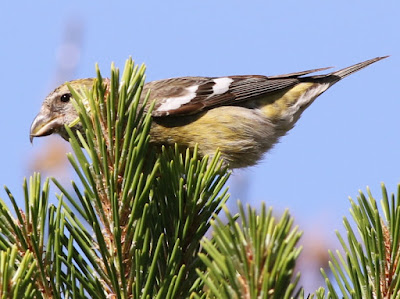 First-summer female Two-barred Crossbill at Setters Hill
In BW22:8:331-332 Deryk Shaw documented a first-summer male Two-barred Crossbill on Fair Isle in July 2009 that as with the current Unst bird lacked any white tertial tips suggesting they were not replaced at the same time as its inner greater coverts. The Unst bird was very vocal today regularly switching between its so-called 'flight calls' and its (superb)  diagnostic 'trumpet calls' that I managed to record here. Its then interesting to compare the close similarity in the resulting sonograms as follows: 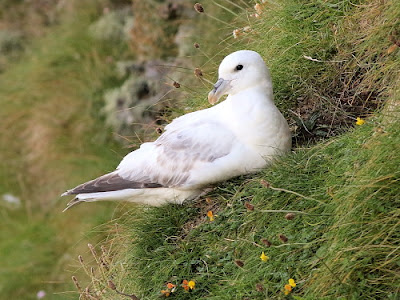 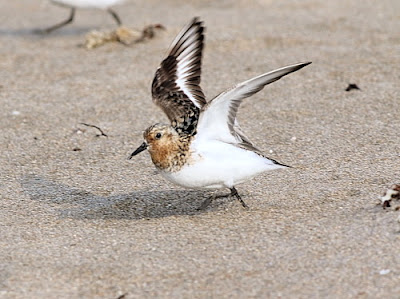 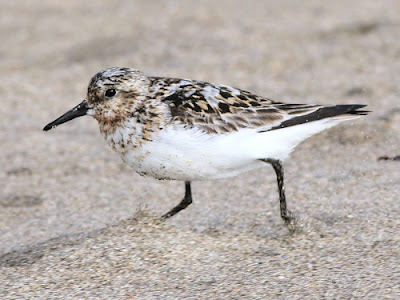 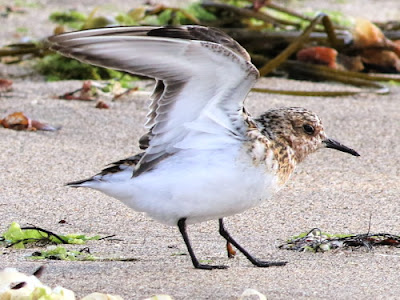 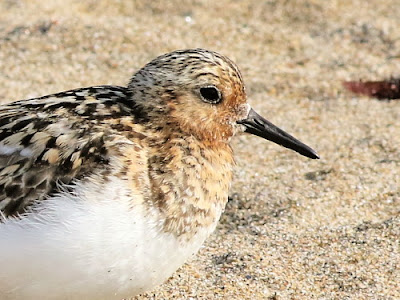 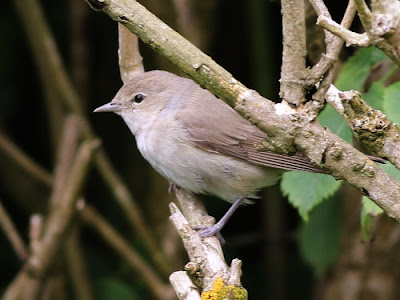 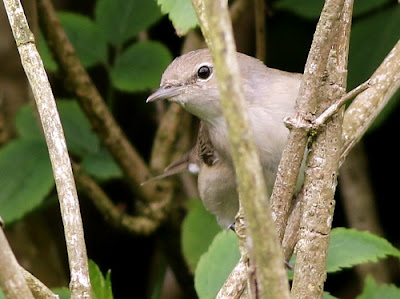 Garden Warbler at Norwick
Posted by Hegura at 13:28