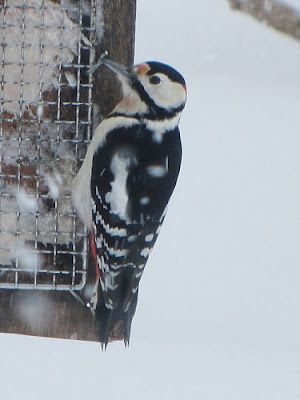 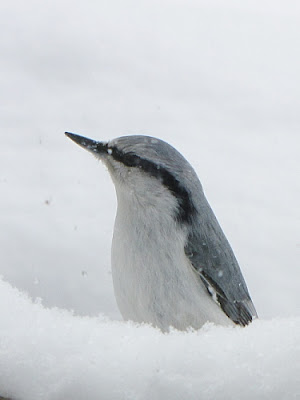 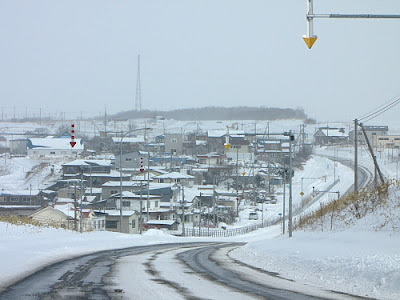 The road to Nemuro 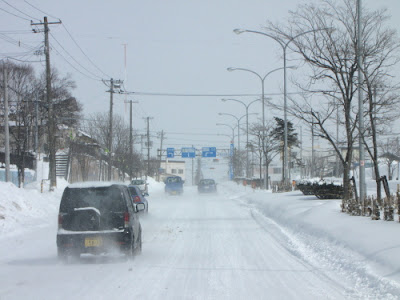 Driving on ice in Nemuro 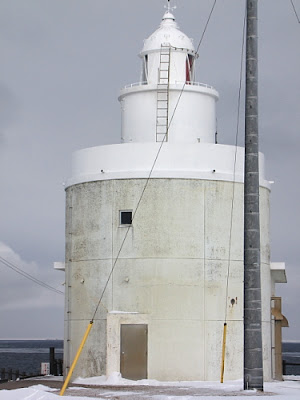 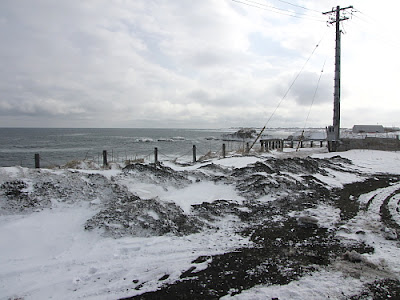 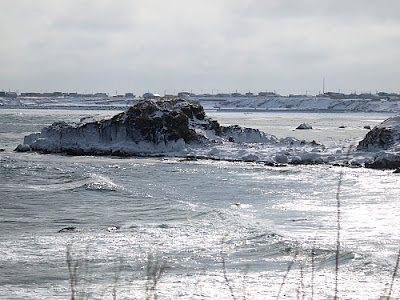 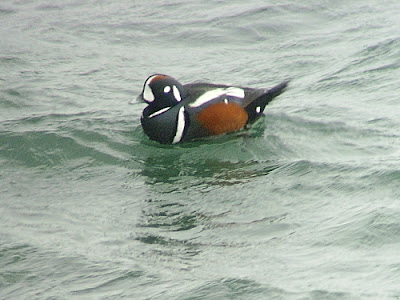 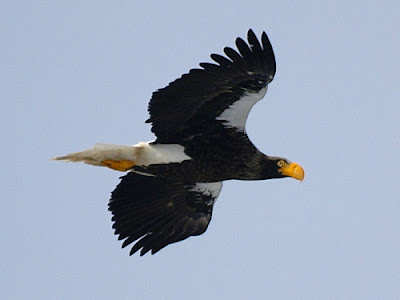 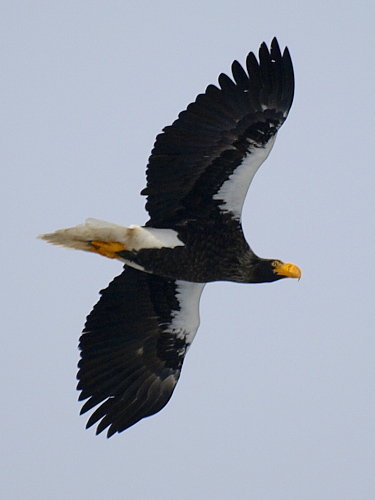 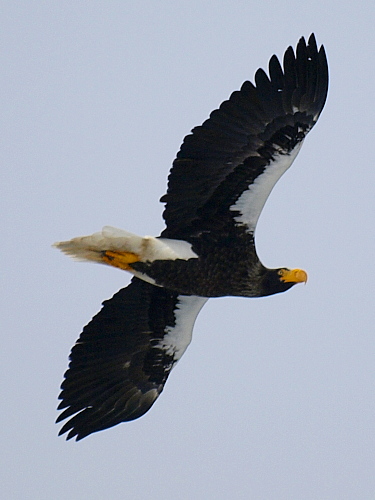 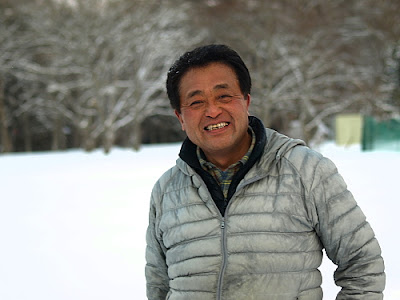 Koji Niiya
We met this very knowledgable English-speaking local birder and guide (kniiya@y8.dion.ne.jp) twitching our American White-winged Scoter that we together unfortunately found dead. However, amazingly, he found his own around three weeks later being the third for Japan as the second was found off Choshi in the intervening period. Brilliant! Well done Koji! ﻿ 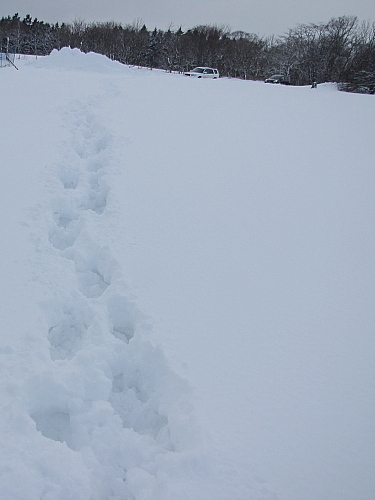 A walk into the woods in thick snow 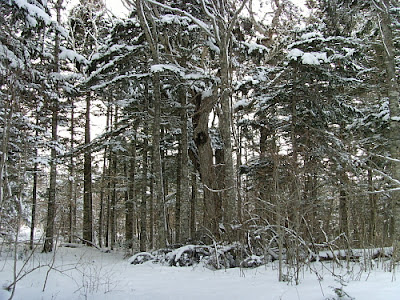 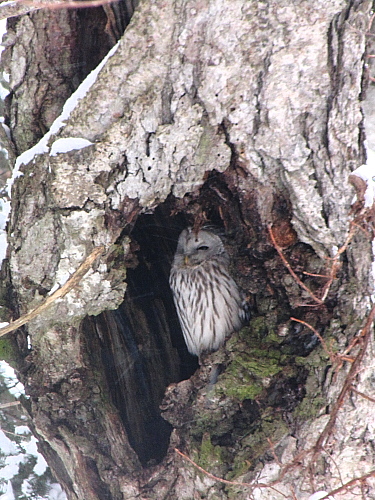 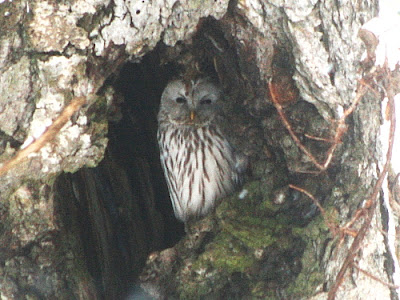 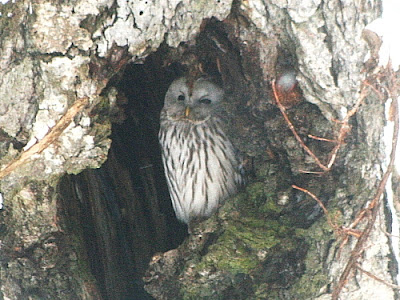 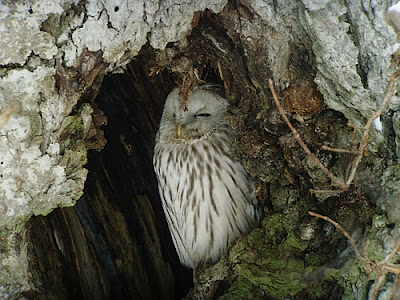 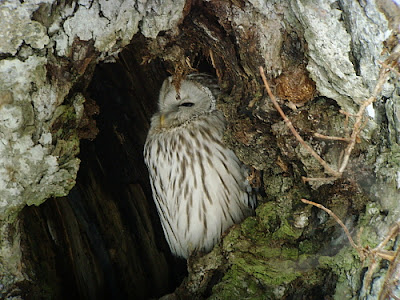 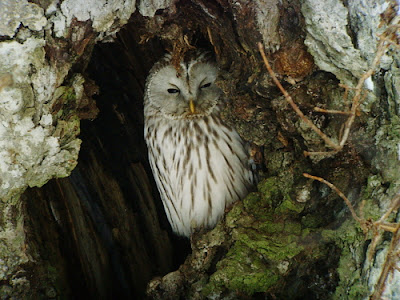 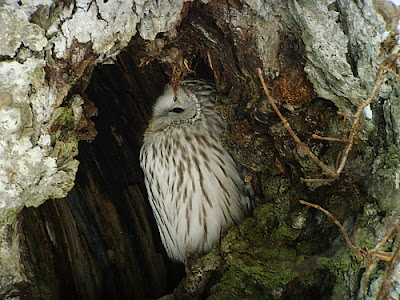 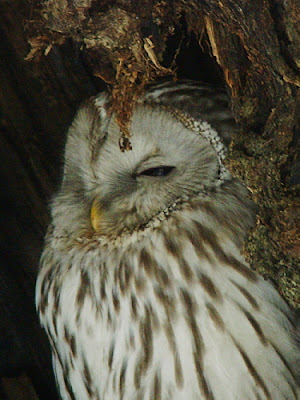 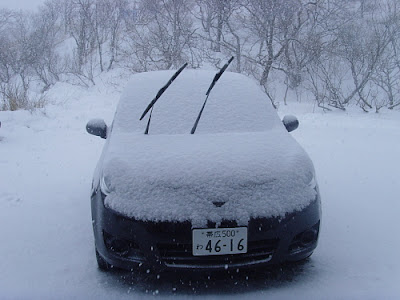