After spending four consecutive days working on mainland Shetland I thought it was nice to be staying more local today. Frustratingly the weather forecast hadn't made any mention of steady rain and poor visibility and after spending an hour at Skaw in the rain I'd failed to see a passerine migrant. I returned home and waited for the rain to clear whereupon a quick look around Norwick, in what felt promising conditions, produced just a single Chiffchaff. I then left for Uyeasound for my first boat-based seabird survey of the season. News of a Needletail being picked up on a boat in the North Sea had us searching the deck of ours(!) but without success. Seven hours and 8 Red-necked Phalaropes later - all feeding on the sea - we were c.30 minutes out of Uyeasound when Dante found a male Moltoni's Warbler at Valyie! Being a world tick no less, and something I've wanted to see for a very long time, I was soon there joining Dante and Lauren and being treated to some nice views and great to hear it calling loudly and occasionally singing too - brilliant and a well-deserved great find for Dante after all the effort he and Lauren have put in since arriving on Unst a week ago. 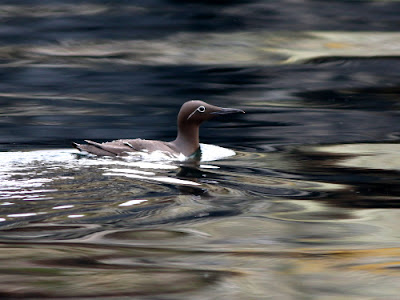 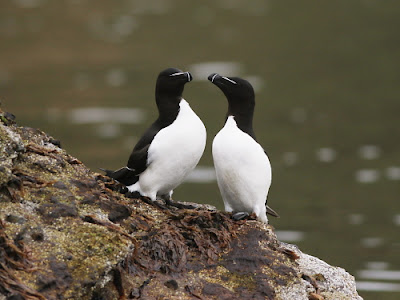 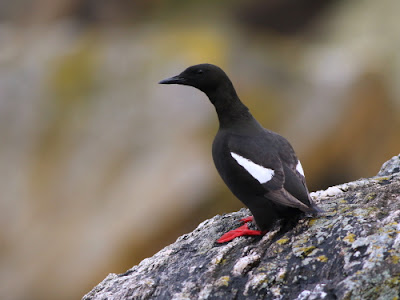 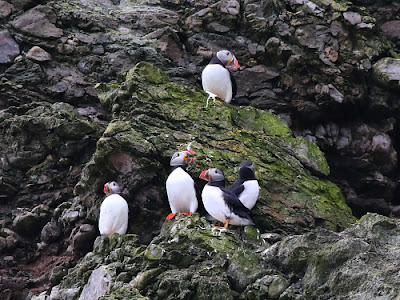 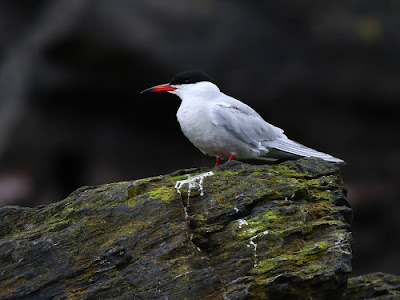 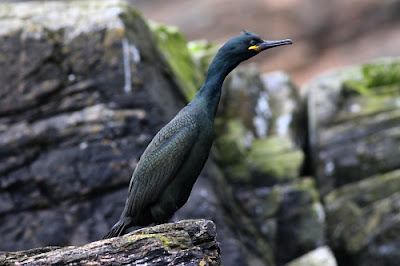 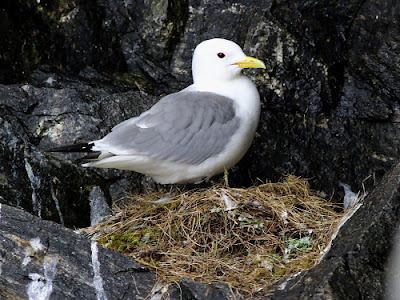 Kittiwake on its nest 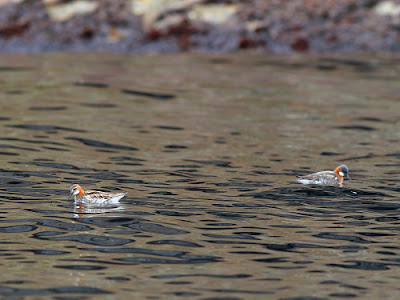 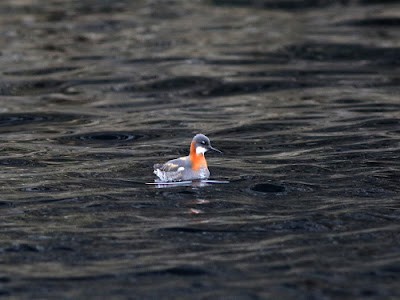 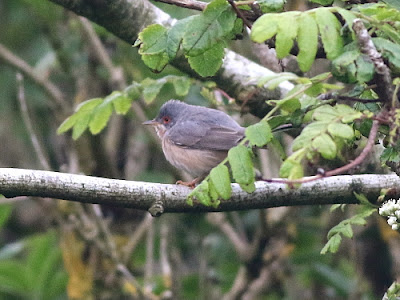 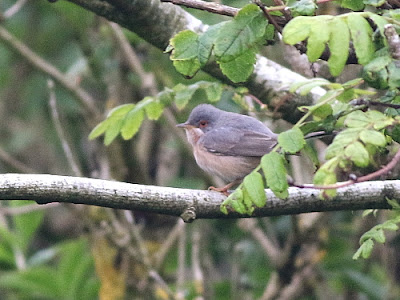 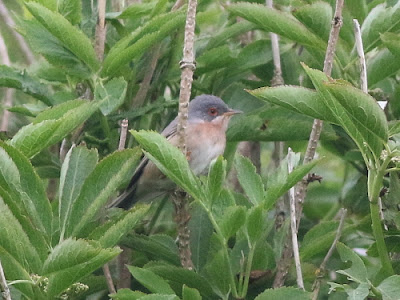 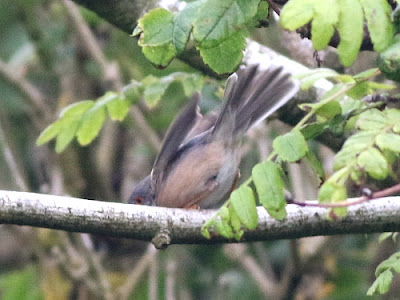 Male Moltoni's Warbler at Valyie
A sound-recording of a few calls here
Dante has uploaded his recordings of it singing here and calling here and there's a full account on his blog with some superior images showing its plumage hues nicely here
Posted by Hegura at 15:02
Newer Post Older Post Home