Another much nicer morning than forecast with just a slack northerly breeze. Our garden was playing host to a Redwing, a Siberian Chiffchaff and 2 Blue Tits all of which boded well. I walked to Valyie and before arriving there I'd seen another 2 Siberian Chiffchaffs together, my first Great Tit of the Autumn and a Hawfinch. There was an increase in numbers of finches in the fields and a few Redwings and Fieldfares were overflying, heading inland. The Coues's / Icelandic Arctic Redpoll was still present, although on its own today when I saw it, but still very mobile around the fields. As I quietly entered the sycamores at Vaylie, all those hours scrutinising the forest floor in southeast Asia paid dividends as a movement in the darkest recess caught my eye... I raised my bins... and there was a Red-flanked Bluetail sat motionless in full view on a low branch - superb! I slowly lowered my bins, raised my camera and hit the trigger... click, clunk... click clunk... I'd forgotten to increase the ISO on entering the garden and the camera was firing at 1/60th of a second! The Bluetail hopped around on the low branch, then down onto the ground and made a few hops to the left and out of view. I cranked up the ISO, moved slightly to my right, but in doing so the Bluetail took flight and zipped to the outer edge of the garden. The adrenaline rush kicked-in and I hardly dared take a look at my images, fearing the worst, but was very pleasantly surprised! I briefly waited hoping for it to return and then saw it again on the outer edge of the garden but largely obscured. I made my way round the barn, approached the edge of the garden with care, only to see it fly along the fenceline and disappear back into the garden. I don't have a mobile phone signal at Valyie so climbed up the grassy bank to Holsen's road where I put the news out. I returned to the garden and Robbie was the first to arrive and we heard the Bluetail calling. A few more observers arrived... and it took a while to relocate... when I again saw it on the very same low branch! I obtained a couple more brief views and I then left, but thankfully it continued to perform for those arriving from further afield. We headed to Skaw and Lamba Ness seeing more Thrushes, another Siberian Chiffchaff and a Blue Tit. Haroldswick added 2 Hawfinches together that flew north. Robbie then kindly told us that a Pallas's Warbler was showing well at Buddabrake that we enjoyed watching late in the afternoon. 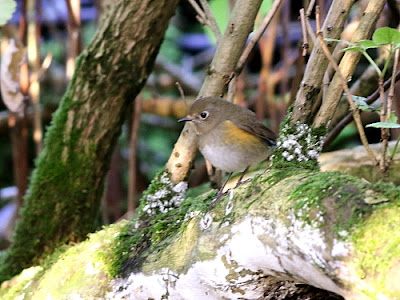 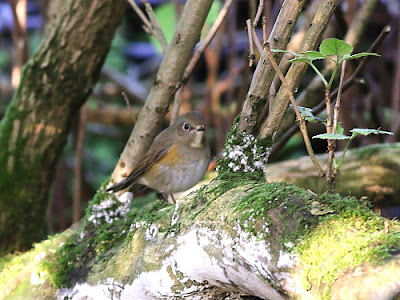 Red-flanked Bluetail at Valyie
Still looking 'rare' to those of us of a certain generation! The first I've found in the UK and on hearing of the numbers breeding in Finland this year and the widely-predicted deluge of birds heading in this direction it was my 'most-desired' find for this Autumn. On moving to Unst I'd mentioned to many friends that I'd be happy if I could find that duo of one-time near-mythical vagrants of Bluetail and White's Thrush in the the first 5 years... whilst I've been fortunate enough to find a good few rarer species it's very nice to have achieved that aim and with half a year to spare...!! 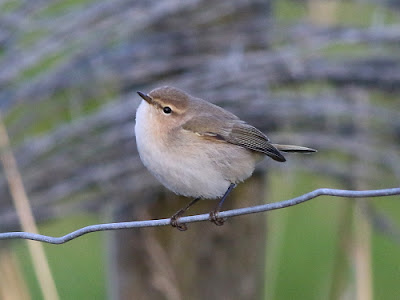 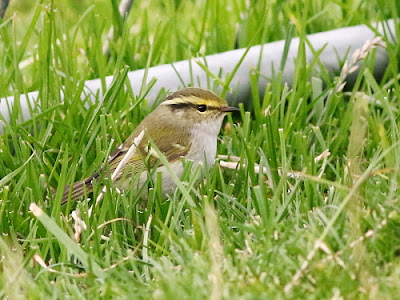 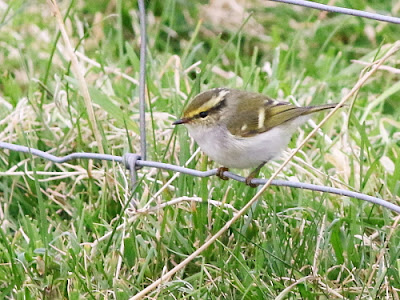 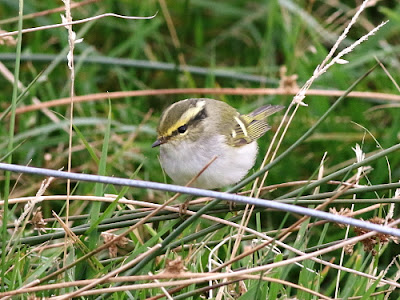 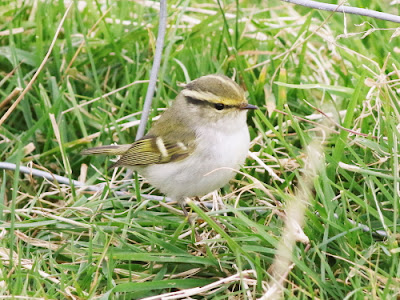 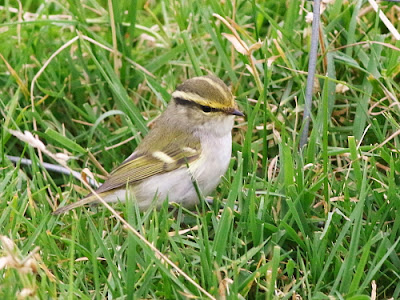 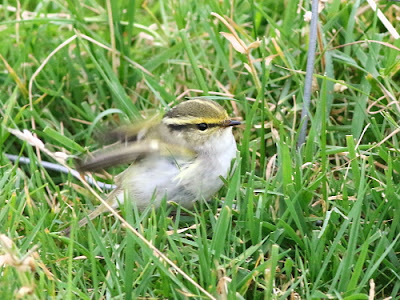 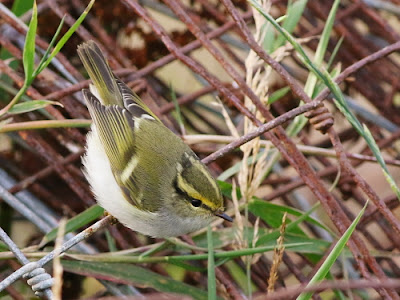 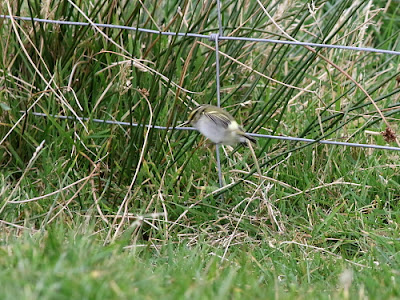 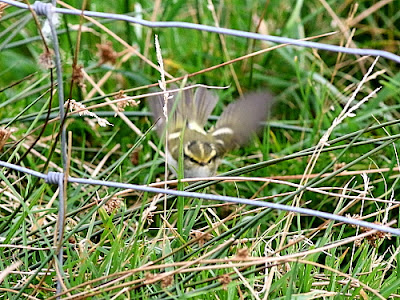 Pallas's Warbler at Buddabrake
I often associate seeing these gems with crossing paths with rare 'Asian Robins' as we were watching one at Beachy the day we saw the Siberian Rubythroat in Dorset and saw one on Fair Isle after seeing the Rufous-tailed Robin. Good to add a Bluetail encounter and here's hoping the next coincides with seeing a Sibe Blue Robin ...!!
Posted by Hegura at 13:50
Newer Post Older Post Home