Our first returning Willow Warbler of the Autumn was present in our garden early this morning and remained all day. I'd failed to find a migrant at Valyie but as I was walking down the slope along the burn I heard the quiet feeding call of some Crossbills that proved to be a trio of Two-barred Crossbills - being the male and female I'd found there on the 1st now joined by a juvenile. They were feeding, rather out of context, on both dock and grass seeds, so at ground level, occasionally taking refuge in sycamores. Failing to then find any migrants at Skaw was a little disappointing although a first-summer Iceland Gull was a surprise. 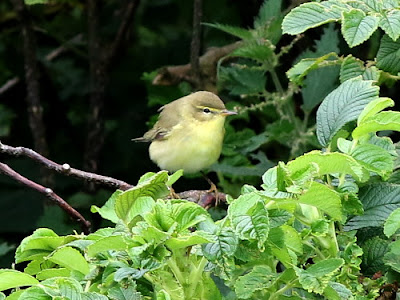 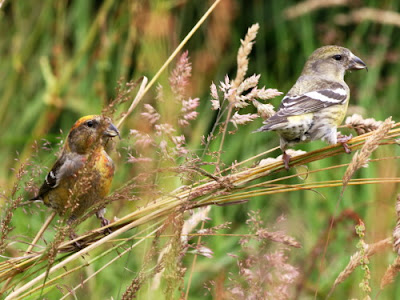 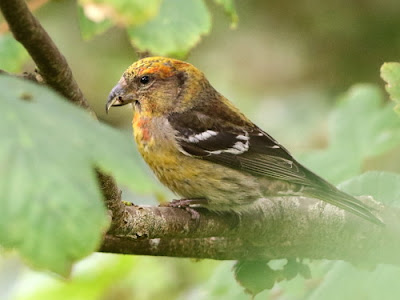 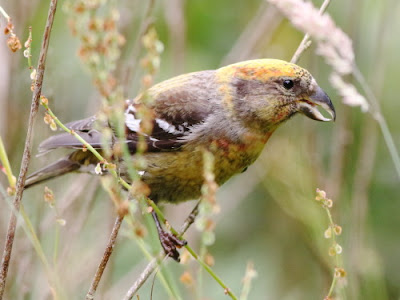 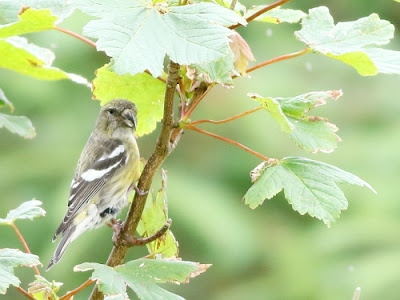 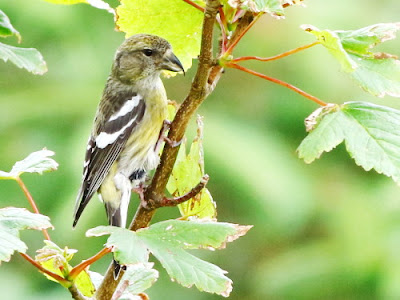 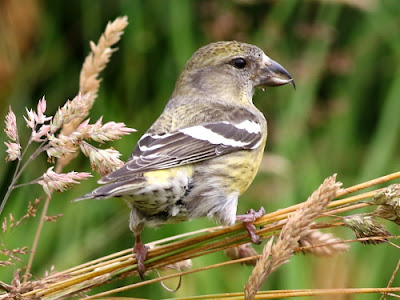 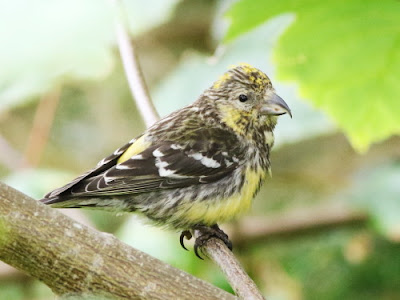 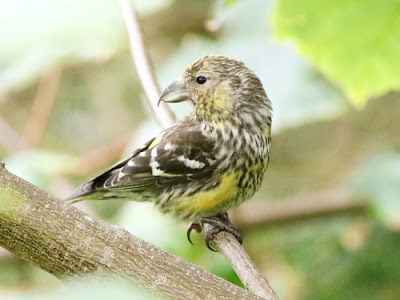 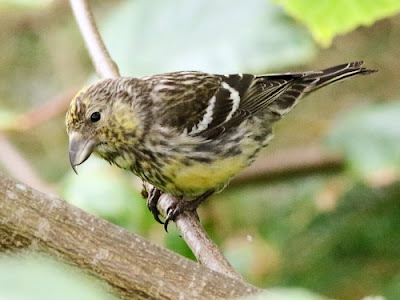 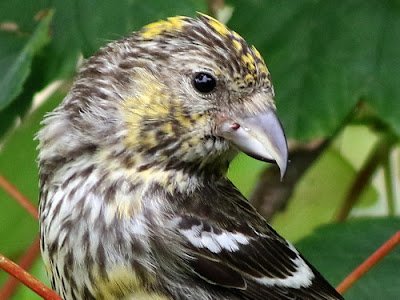 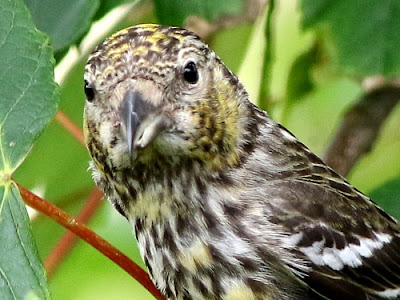 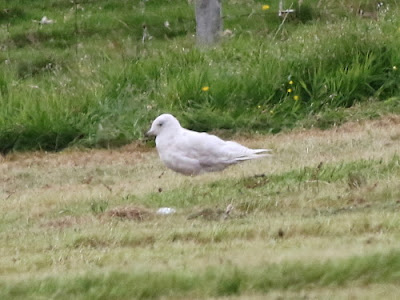