A windy morning when it was evident that there were a good number of alba Wagtails on the island from the outset with 5 in our garden, and 8 on the drive to Skaw. Skaw was still playing host to the 2 Whinchats, the Garden Warbler and a Willow Warbler and there was a Common Swift over the tip of Lamba Ness but a seawatch proved uneventful apart from a Whimbrel arriving in off the sea. The cut hay fields at Uyeasound held 10 Ruff and 8 Knot. A walk along Easting beach produced 10 Sanderling and 10 alba Wagtails and there were 8 Sanderling on Burrafirth beach and 15 on Norwick beach that were accompanied by 2 Knot. 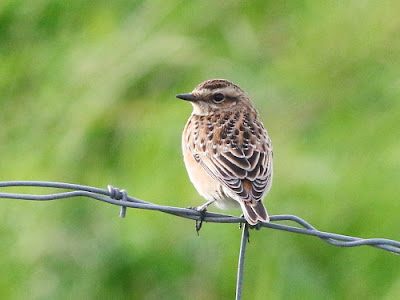 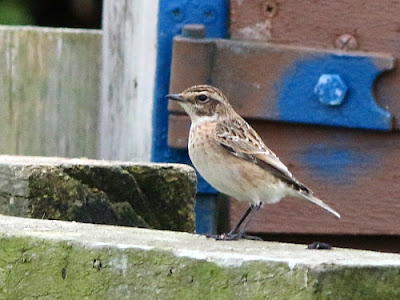 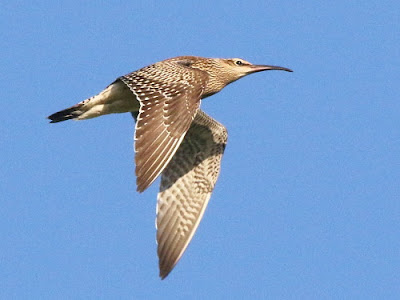