Tried another early morning seawatch from Lamba Ness that soon produced a juvenile Glaucous Gull flying south followed by an adult flying north literally a couple of minutes later. At 10.25 I then picked out 3 Auks heading towards me with the trailing bird appearing to show the classic head-pattern of a winter-plumaged Brunnich's Guillemot and a short thick bill. Unfortunately I couldn't see a whitish line along its gape but I still decided to try and quickly obtain some images - then trying to look at the 'back of the camera' they appeared of poor quality. Otherwise, I saw c.300 Fulmars, c.50 Gannets, 3 Kittiwakes and 3 more Guillemots all flying north before feeling hypothermia might be about to set in! Another Beached Bird Survey to complete then sent us heading south where a check of Easter Loch produced a drake Goosander, just 2 Goldeneye and a loafing Iceland Gull. Easting Beach was walked, despite the increasing northeasterly wind, and 4 more white-winged Gulls (2 Glaucous & 2 Iceland) were present. 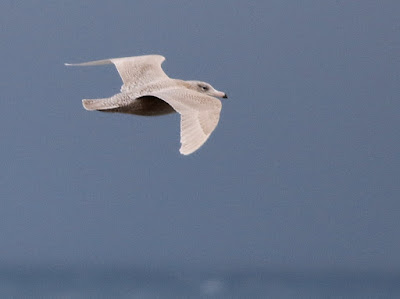 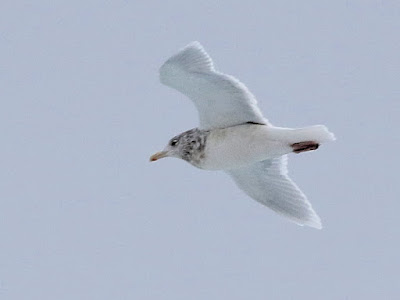 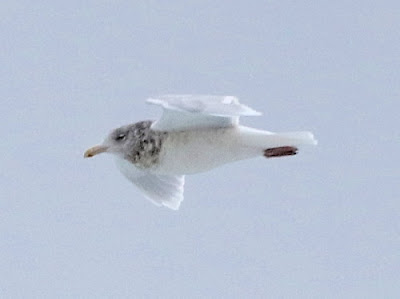 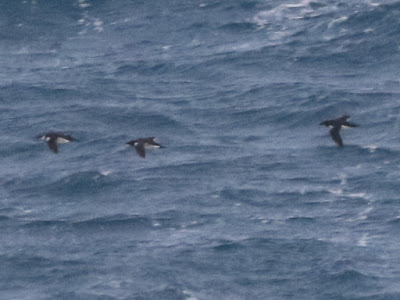 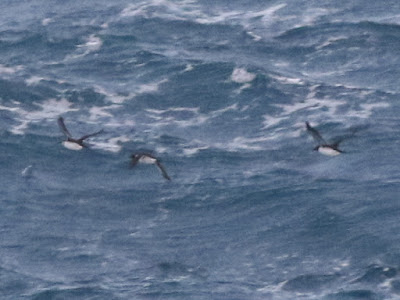 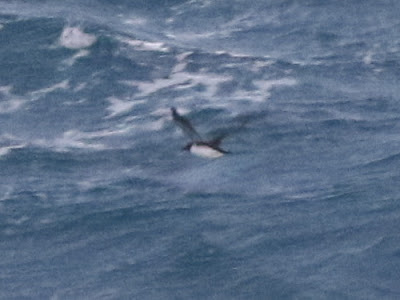 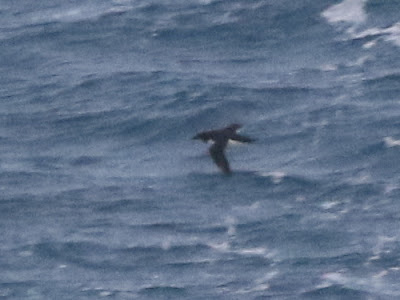 In addition to the structural similarities of its head-shape and bill-shape and the plumage similarities of its head-pattern, the Razorbill-like white rump-sides inflecting upwards where they ‘meet’ the trailing edge of the wing seems a close match to the Brunnich’s Guillemot rather than rather messy rear flank pattern shown by the Common Guillemot in the left image. 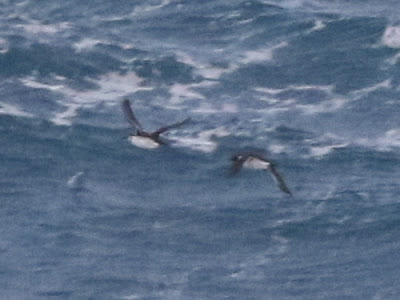 The w/p Guillemot (top left) shows its distinctive dark armpits and the s/p individual (top right) some ‘dirty’ flank markings. By comparison the trailing individual (bottom right) shows a minimal dark bar on its armpits and unmarked white flanks similar to the Brunnich’s (bottom left). It is also interesting to note the similarity in the pot-bellied appearance and even ‘feet carriage’ conveyed by the birds in the lower two images despite the difference in angle. 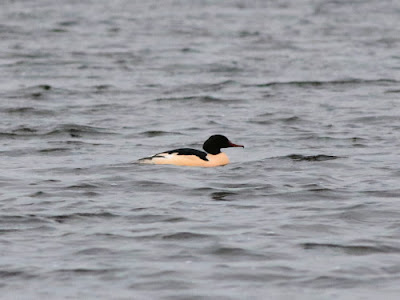 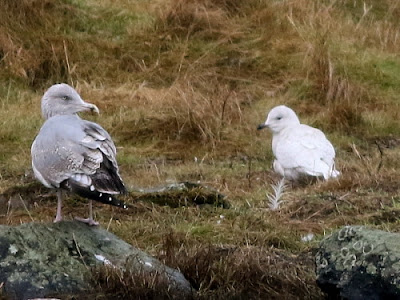 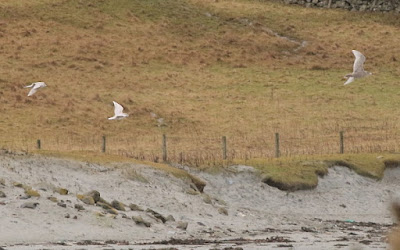 Two Iceland Gulls and a Glaucous Gull at Easting Beach 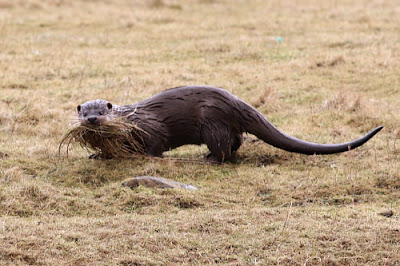