Surprisingly warm air today but with rain persisting for much of the morning. When the rain started to clear a look around Norwick produced a couple of Blackcaps and 3 Chiffchaffs. North Dale produced a singing Willow Warbler. It started to rain again but we decided to press on to Skaw where we found a couple of Phylloscs, a Garden Warbler, a Reed Warbler and best of all a crisp fresh-plumaged Marsh Warbler. On the way back there was a Spotted Flycatcher at Braeview. An evening then spent touring the Baltasound sites where surprisingly not a single migrant was seen. 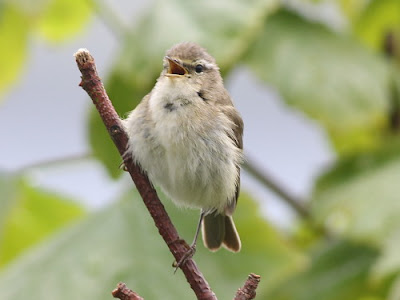 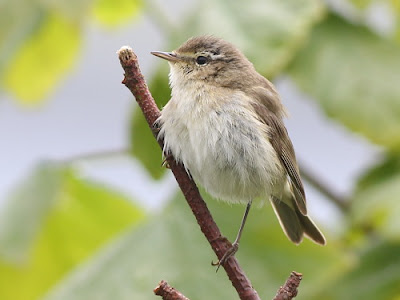 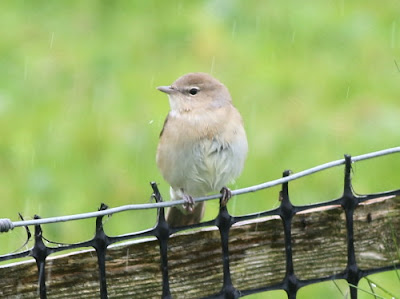 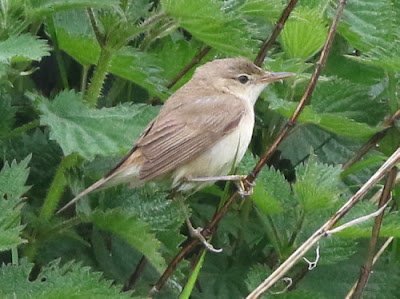 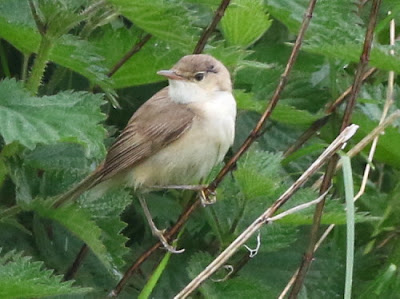 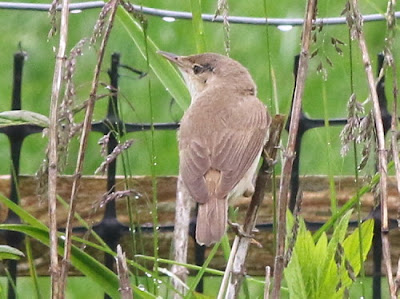 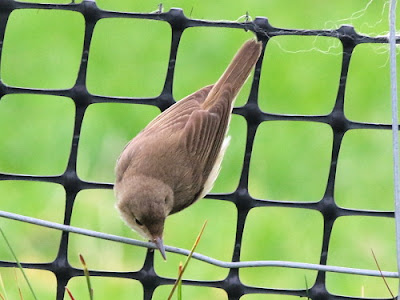 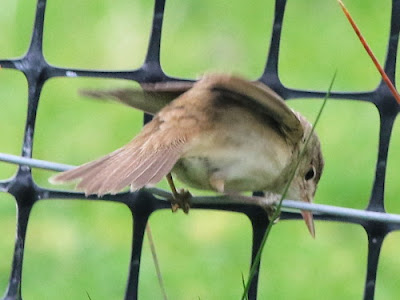 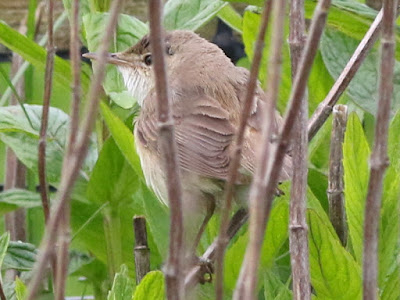 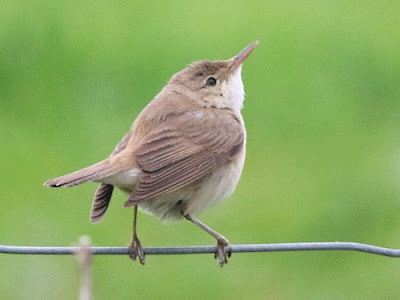 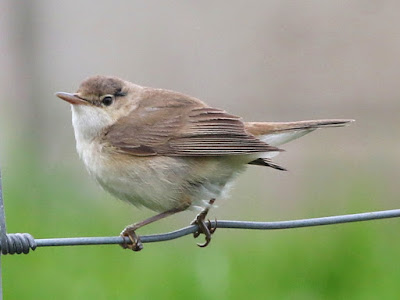 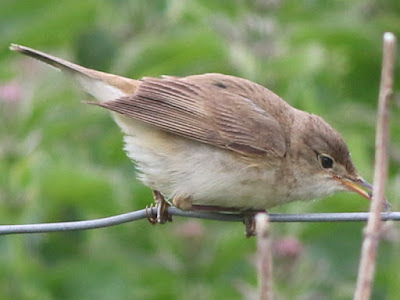 Reed Warbler at Skaw
Click the lower two of the above images to enlarge. p4 doesn't appear emarginated effectively eliminating the possibility of it being a BRW. Also, the emargination on p3 falls beyond the tips of the longest tertial whereas the reverse would expected to be the case for BRW. 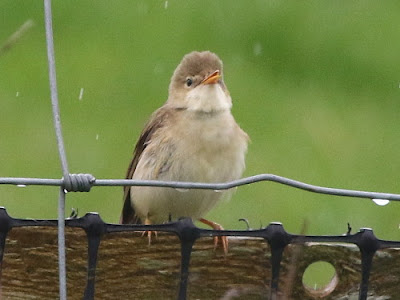 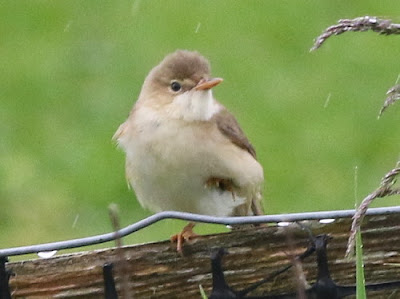 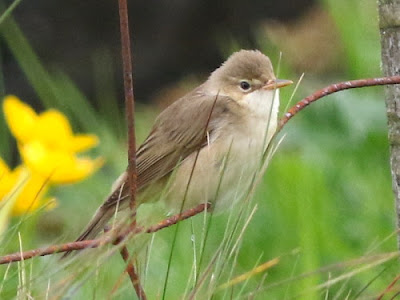 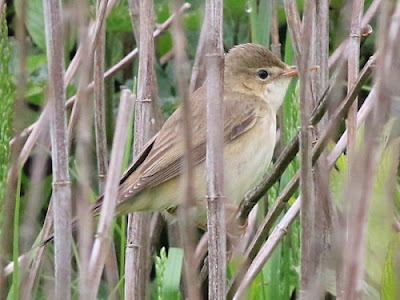 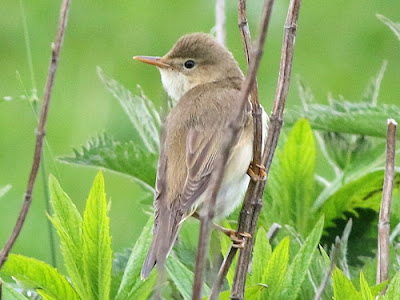 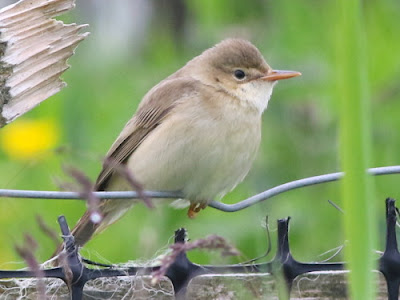 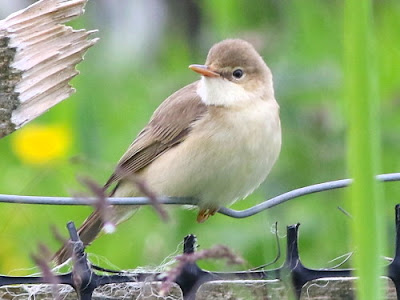 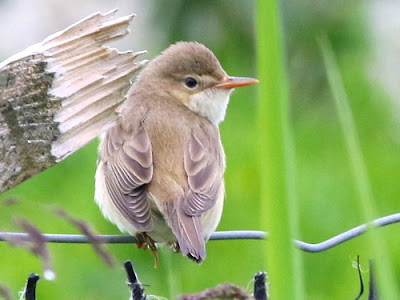 Marsh Warbler at Skaw
Posted by Hegura at 14:47