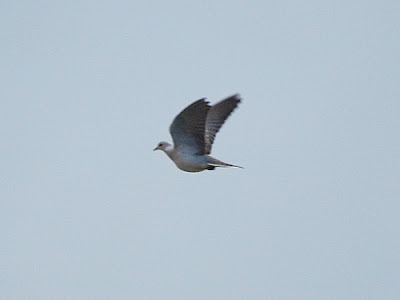 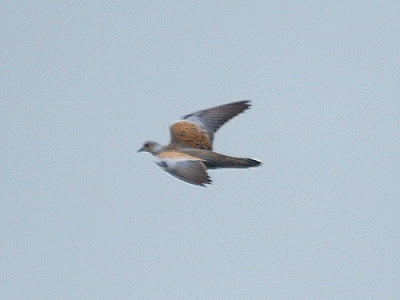 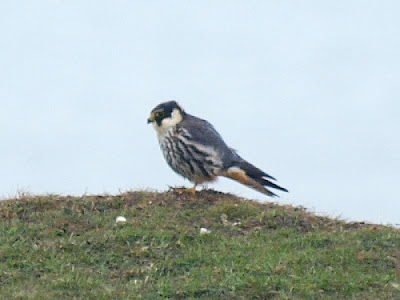 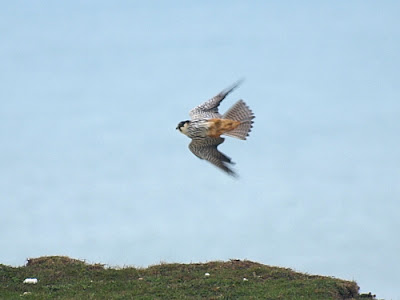 After the recent run of difficult-to-pigeonhole birds, a critical look through a grounded flock of 44 flava Wagtails in a sheep field at Beachy Head was only ever likely to raise more questions than answers... Whilst I've more to read (and learn), here's a few images: 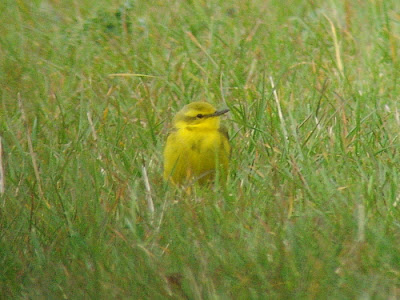 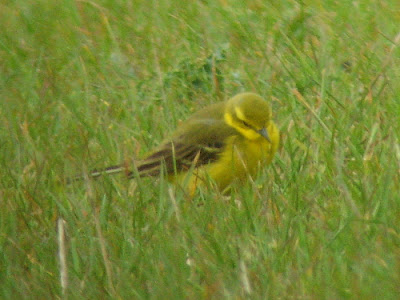 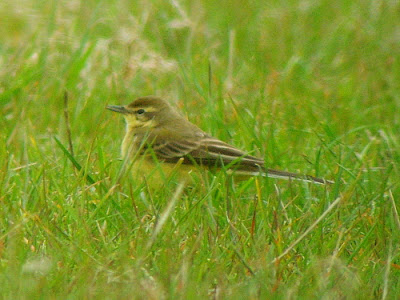 Female Yellow Wagtail M.f. flavissima at Beachy Head
The majority of female flavissima are considered indistinguishable from Blue-headed Wagtails M.f. flava but some individuals such as the bird above show a yellowish supercilium enabling identification to form.﻿ 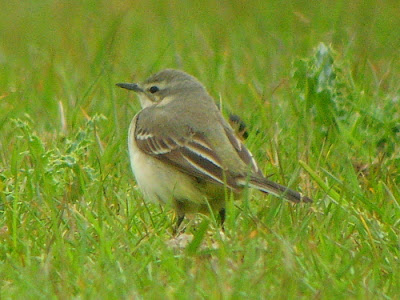 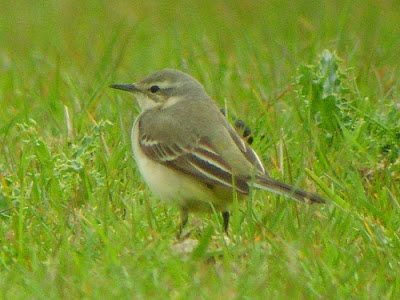 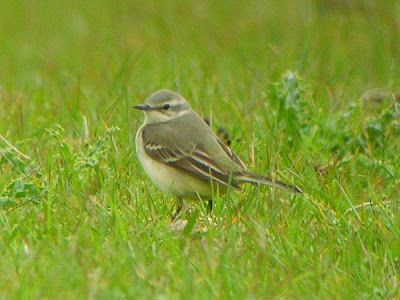 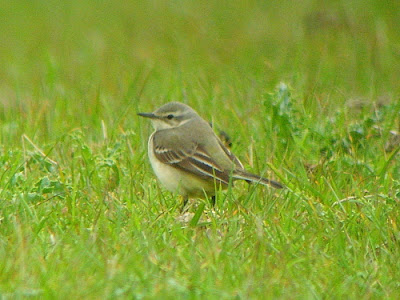 Female Yellow Wagtail sp. M. flava sp. at Beachy Head
A rather eye-catching though colourless individual with almost pastel-coloured grey and green upperparts. Whilst it may not fall outside the variation that can  be shown by flavissima, it certainly stood out from the crowd, and caused us to consider Blue-headed Wagtail M.f. flava. However, the yellowish supercilium shown by some flavissima is a one-way character, so the consideration of Blue-headed seems a dead end pursuit. But is that the end of the story on this bird... it wasn't the only bird in the flock sporting similarly pastel-coloured upperparts...﻿ 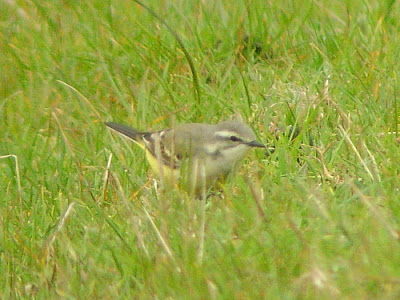 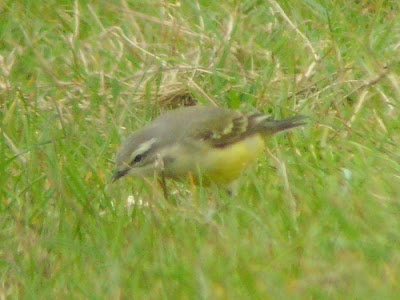 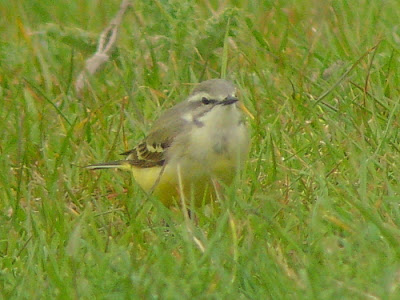 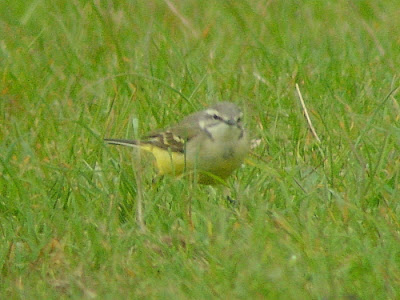 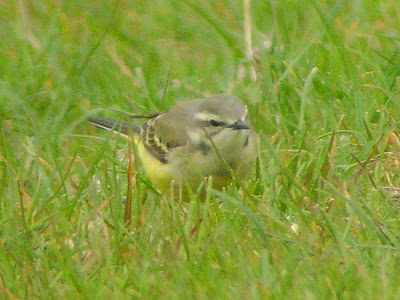 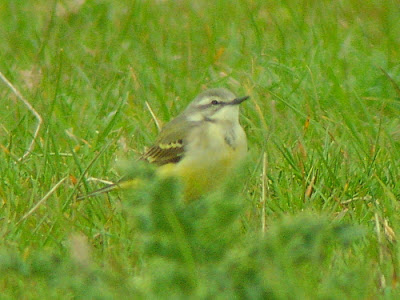 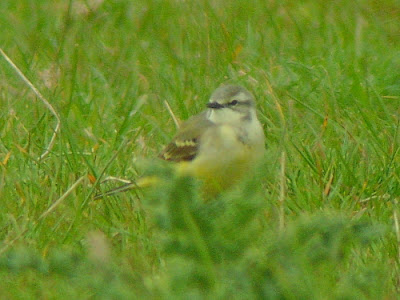 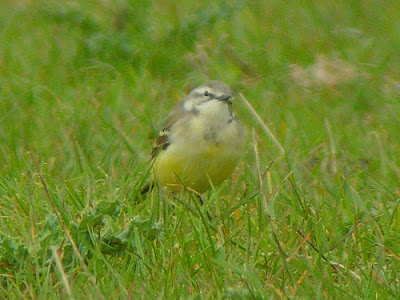 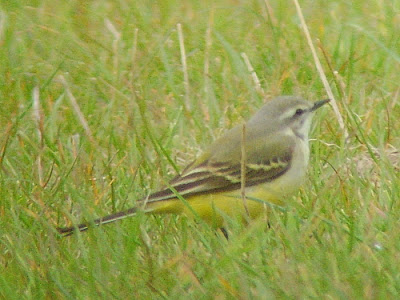 Presumed 'Channel' Wagtail M.f. flavissima x flava at Beachy Head
I guess this is a female, although the possibility of it being a first-summer male should perhaps be given some consideration? Unfortunately Winters (DB 2006) and Dubois (BW 2007) largely concentrate on adult male plumages of 'Channel' Wagtail. Whatever, it somewhat recalls a Sykes's Wagtail M.f. beema courtesy of such a pale grey crown and nape, white supercilium that flares behind the eye, white throat and such an extensive pale post-ocular spot that could be considered a broad pale post-ocular streak giving the impression of hollow ear-coverts and rendering the ear-covert surrounds a broad diffuse grey eye-stripe and diffuse dark moustachial stripe. However, 'Channel' Wagtail M.f. flavissima x flava closely resembles Sykes's Wagtail and all of the aforementioned characters are consistent with their appearance. Intriguingly, this bird's take-off call was heard to be slightly tremulous. 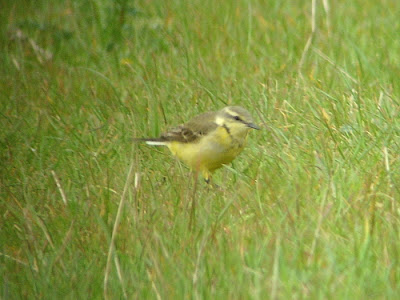 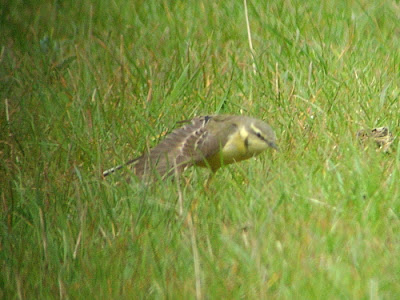 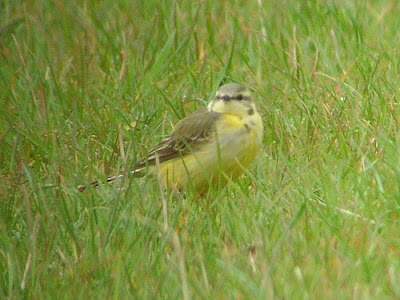 Presumed 'Channel' Wagtail M.f. flavissima x flava at Beachy Head
Note the patchy colours on the underparts and the broad though diffuse dark lateral crown-stripes forming something of a dark brow to the white supercilium on this individual. Could this be a backcross or second-generation intergrade? Likely-originating from north France, 'Channel' Wagtails seem to be on the increase in the UK. Can we expect to see more like this in the future...? Interestingly, and unbeknown to us at the time, Andrew Whitcomb found and videod a classic male 'Channel' Wagtail the same day just a few miles away on the other side of Eastbourne. To view his video see: http://andrewwhitcomb.blogspot.co.uk/
Posted by Hegura at 12:49