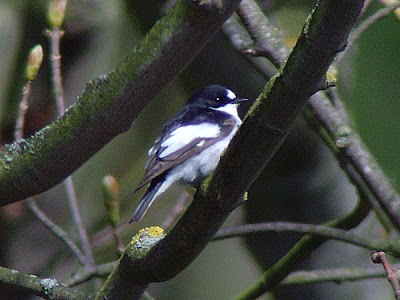 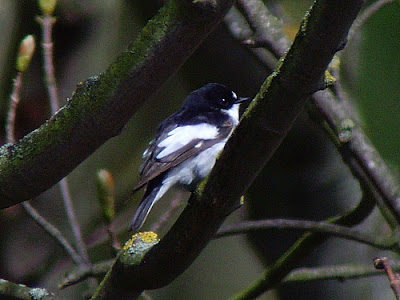 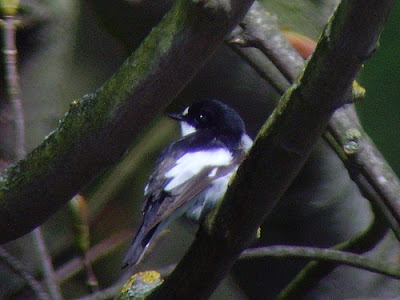 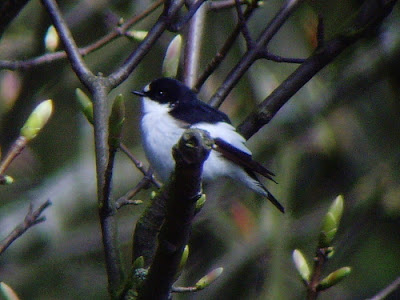 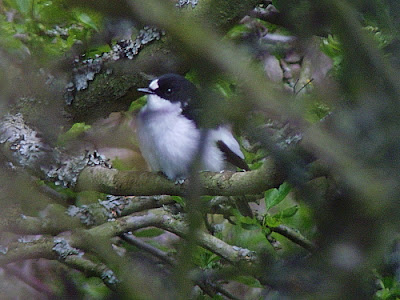 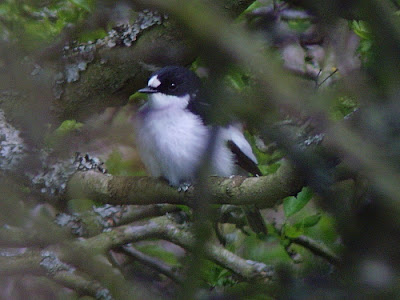 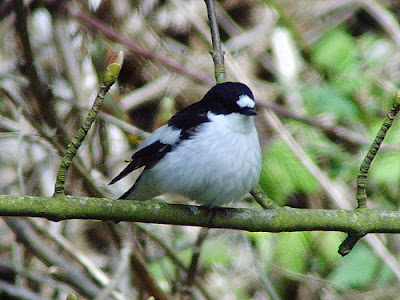 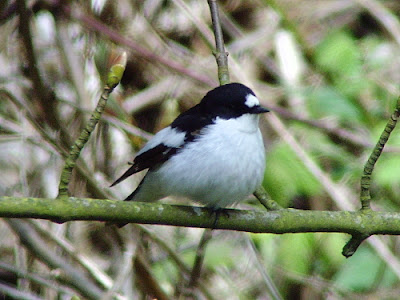 Waking to heavy rain and a brisk northeasterly, an early pager message to say this interesting Ficedula was still present was the only excuse we needed to hurriedly dash north. Our arrival on site coincided with a sunny spell and JFC soon picked out the Flycatcher from when it showed well non-stop for over the next hour. Its glossy-black plumage, extensive diamond-shaped white forehead patch and extensively white greater covert bar and tertials were readily apparent. Unfortunately, its rather small white primary patch was far less extensive than anticipated. A narrow white fringe to its outer tail feather was just discernable in the field, as was its paler rump and a couple of small white spots/flecks giving the hint of a half-collar. Amazingly, at times it frequented the same hawthorn bush in which we'd seen the Taiga Flycatcher a few years ago! Results of DNA analysis on two tail feathers reveal this to be a Pied Flycatcatcher.﻿