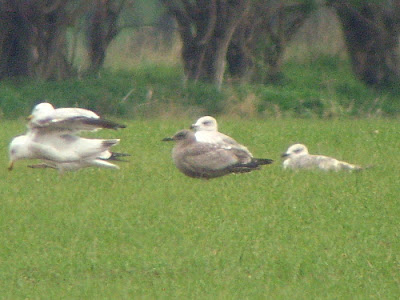 Aptly for Easter, a dark chocolate-brown Gull that surprisingly even appeared sooty at times. It was certainly far darker than either of the two first-winter Thayer's Gulls seen recently at Choshi in Japan. 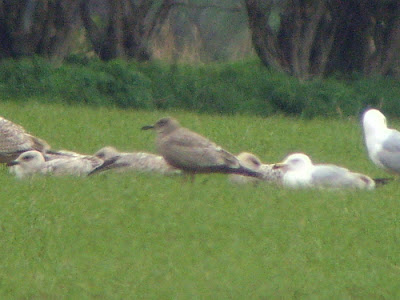 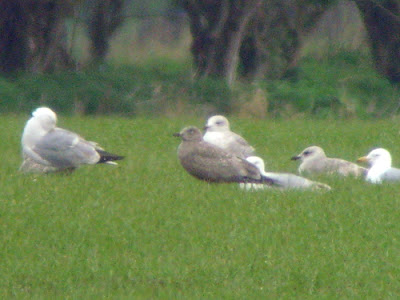 Its small head was nicely rounded with a small dark eye that was centrally placed neatly underlined by what often appeared as a white lower eye-lid. 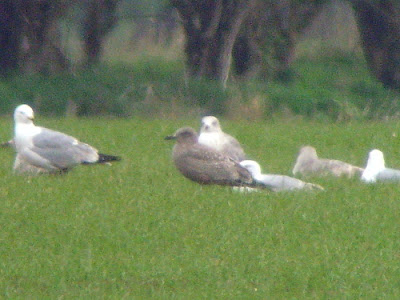 Narrow white tips evident to its mantle and scapulars are highly suggestive of them being retained juvenile feathers. 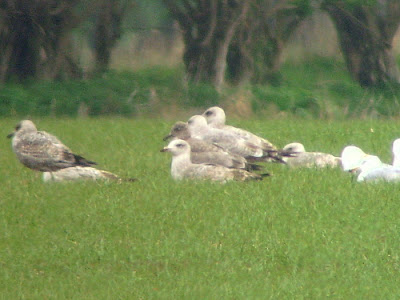 Concerns that this bird would be difficult to pick out amongst Herring and Lesser Black-backed Gulls were unfounded as its uniformly dark appearance meant that all but a cursory glance through the flock was all that was required.﻿ 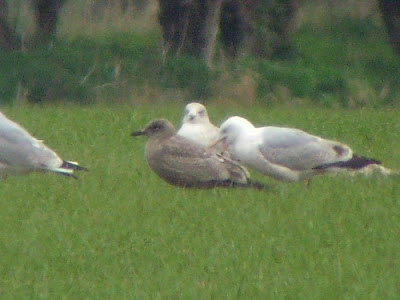 Whilst its overall plumage was remarkably uniform, its dark brown tertial centres were definitely contrastingly darker as were its black primaries. Sometimes it appeared dark-capped but this changed with angle.... 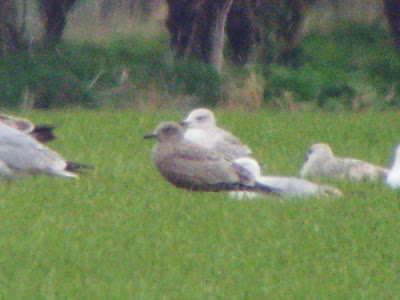 ....and its forehead and crown albeit lightly streaked were actually uniform with the rest of its head. 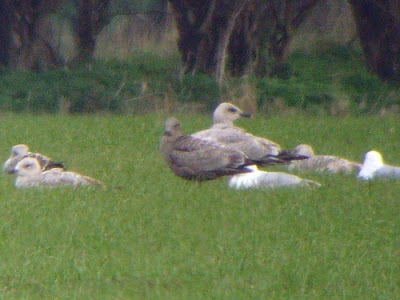 Head-on the forehead was lightly streaked but there was no sign of a pale nose-band. When slightly 'fluffed-up' its mantle could take-on a barred appearance. The distal pale fringes to its tertials formed neat whitish crescents. 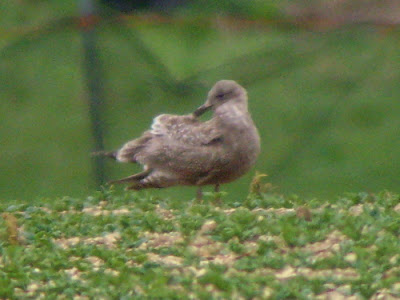 In addition to the white tips to the feathers of its mantle and scapulars, whilst preening, it was also possible to determine white notching to their fringes. Its black primaries had narrow cream edges forming the hoped-for pale arrowheads. Raising its wings also revealed the extent of the heavy barring to its upper- and under-tail coverts.﻿ 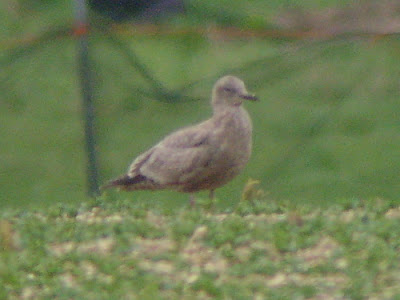 Its lower breast and belly had the oft-quoted smooth velvety appearance, presumably due to typically being 'in shadow' they would appear marginally darker than its upperparts. Almost Skua-like, it recalled some dark Autumn juvenile Slaty-backed Gulls seen in Japan albeit far smaller-billed!﻿ 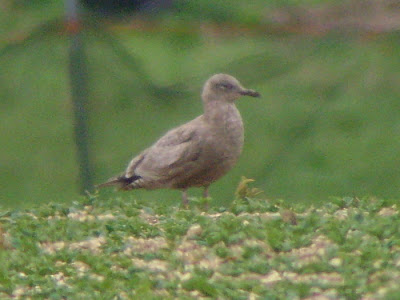 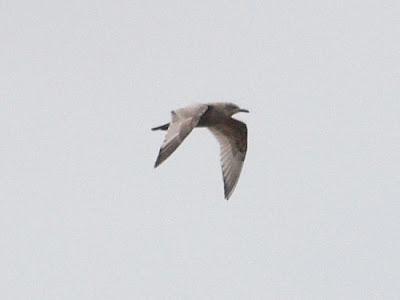 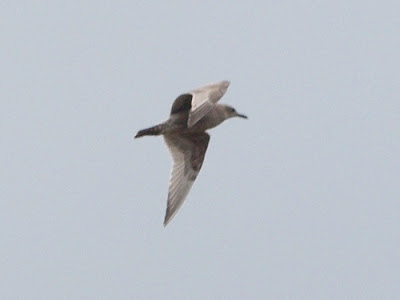 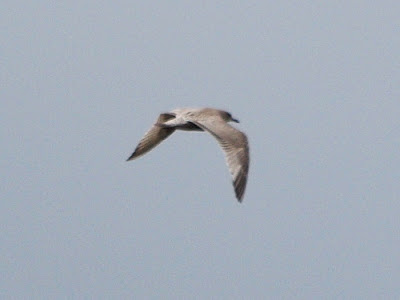 Juvenile Thayer's Gull in flight at Brigg (all JFC)
Despite the grey skies JFC did extremely well to obtain three sharp images as it flew past us that superbly illustrate some important features. It is just possible to discern its outer primaries having dark outer webs and pale inner webs producing the 'venetian blind', its plain brown primary coverts and its underwings having pale flight feathers giving a silvery translucent appearance save for a neat narrow line formed by the dark tips of its outer primaries. Note also the pale inner primary window, its dark-centred secondaries forming a bar and its wholly dark tail - none of which are typically shown by Kumlien's Gulls.
Posted by Hegura at 14:01