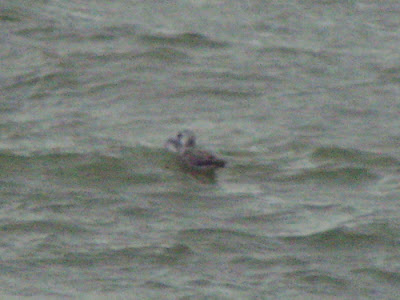 The sad sight of a Great Black-backed Gull snacking on a dead Little Tern having robbed an Arctic Skua of its prey. Whilst familiar with Arctic Skuas piratical pursuits of other species, I was surprised to see one kill a Tern. I was therefore equally surprised to read that killing birds accounts for 95% of prey for some individuals with Ptarmigan(!) the largest prey recorded (Olsen & Larsson 1997).﻿
Posted by Hegura at 13:48