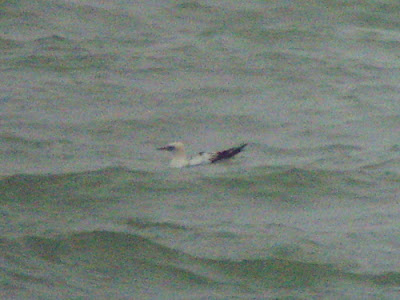 Gannet off Birling Gap
Gannets predominated in today's westerly movement, and whilst the majority were adults, all age groups were represented including this immature.
Posted by Hegura at 08:37