A day of nice weather that coincided with what felt like a noticeable upturn in the number of Bonxies and Wheatears present on the island. The female Hawfinch was already on our feeders at 5.30am this morning. Skaw was playing host to a Sparrowhawk and 3 Collared Doves, two of which, were later seen flying towards Norwick. A walk to Valyie produced the Common Buzzard flying very high northeast only to return 50 minutes later, a Sparrowhawk, a Redwing, 2 Fieldfares, a couple of Chiffchaffs, a surprise Great Tit, 3 Bramblings and a/the female Hawfinch. A male Greenfinch bearing a BTO ring arrived in our garden mid-afternoon and a partial summer-plumaged White-billed Diver was off Norwick this evening. 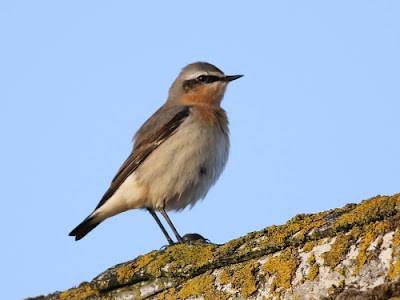 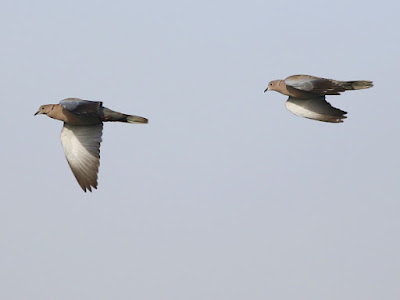 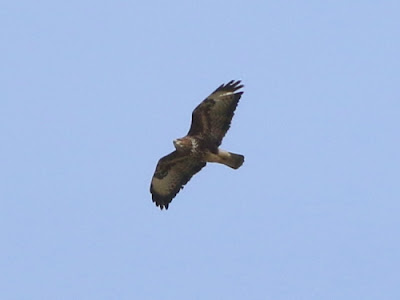 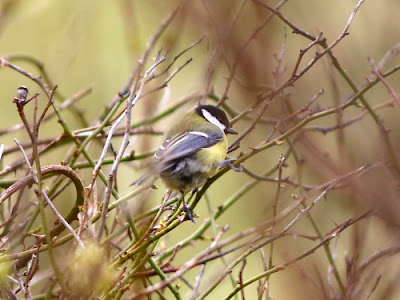 Great Tit at Valyie
It might proved the only individual I see on Unst this year as I've only seen them in three of the last five years! 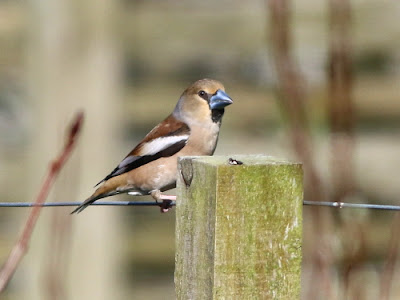 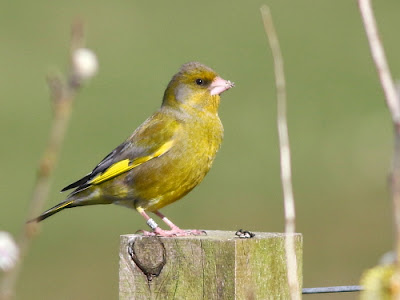 Male Greenfinch at Millfield
The first that I've seen on Unst since 2019. Seeing that it was bearing a BTO ring both Glen and Phil were quick to point out that it might be the male ringed on Fair Isle yesterday. And sure enough, after some supreme ring-reading and detective work by Glen, he managed to match the final four digits of the ring code to the Fair Isle ring!
Posted by Hegura at 14:20
Newer Post Older Post Home