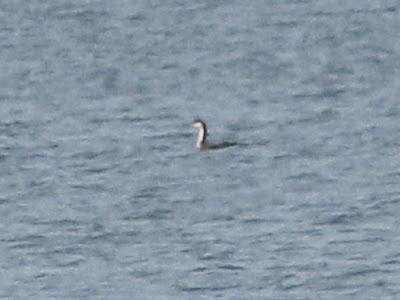 Steep forehead with peaked forecrown. White 'face', foreneck with dark indentation at the base. When alert it appeared very long-necked. 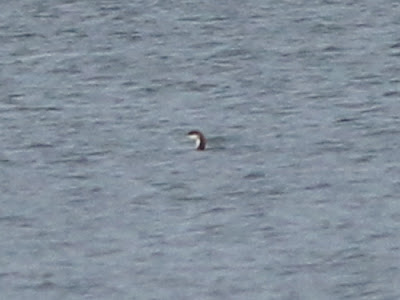 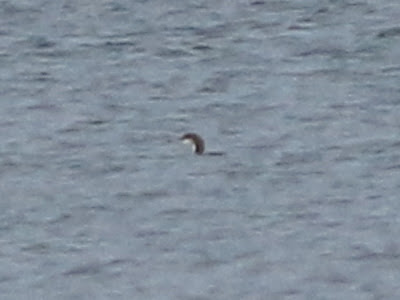 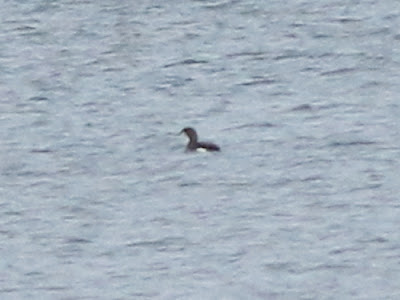 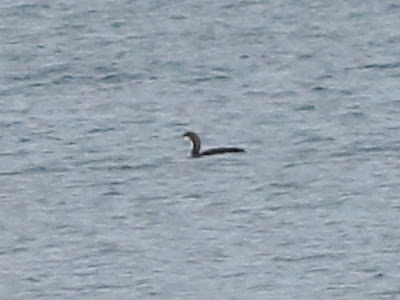 Grey crown, nape and hindneck with black border to neck-sides. 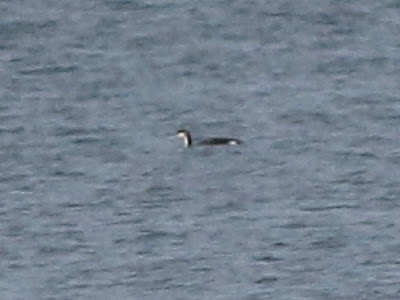 A sharp contrast between its well-defined dark hind-neck and white cheeks and fore-neck. 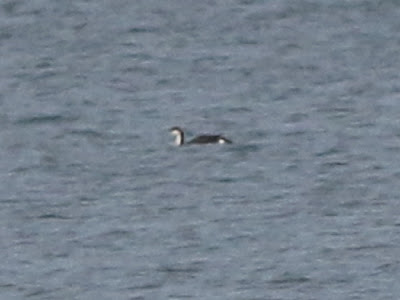 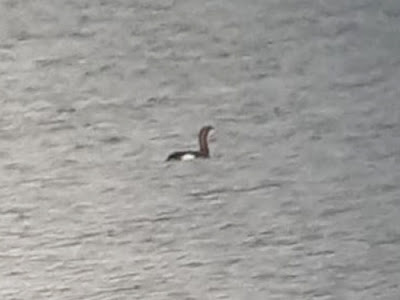 Black-throated Diver off Uyeasound
Foolishly I didn't have my digi-scope camera with me and being at a considerable distant it was almost too much of a reach for my DSLR albeit the final image above was obtained by Brenda holding her mobile phone to my scope. 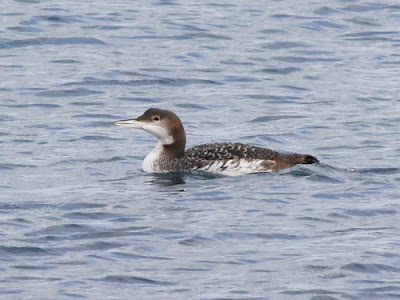 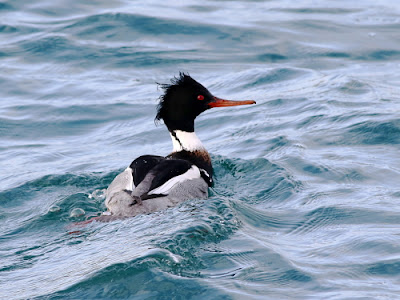 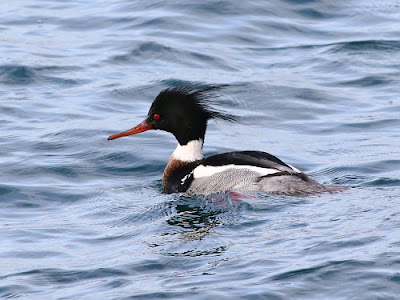 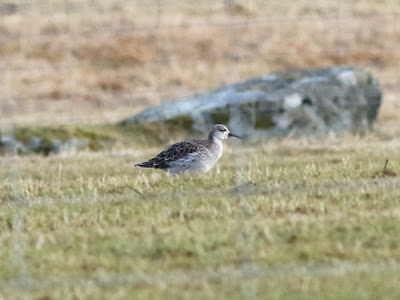