Will very kindly invited me to join the SOTEAG Bluemull seabird census with the proviso that it might be a very early return home if the poor weather worsened... As I drove to Uyeasound the rain thankfully eased and Peter was content to give it a go... It was great to be back out on the Sound with the highlight coming late in the day when Will picked out a 2cy drake King Eider among the Eider and Long-tailed Duck off Heogland. The day had one final twist, as whilst reviewing his images, Robbie picked-out a 3cy+ drake King Eider! 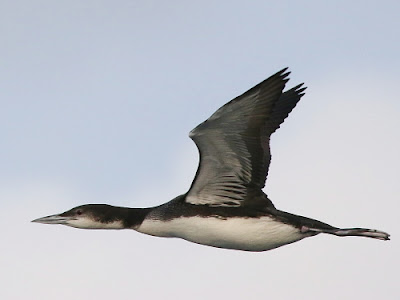 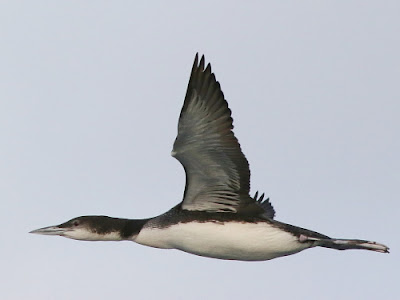 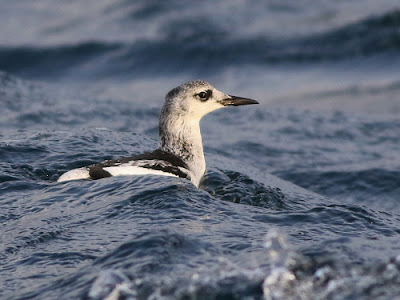 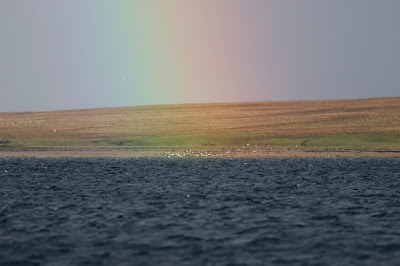 A flock of Eider at the end of a rainbow surely a good omen... 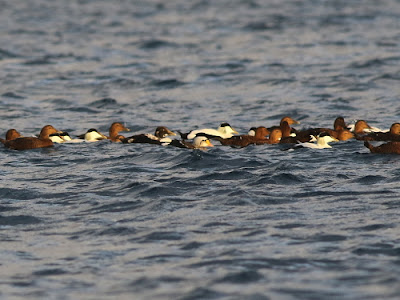 ...despite still being at considerable distance it wasn't long before sharp-eyed Will was calling 'King'! 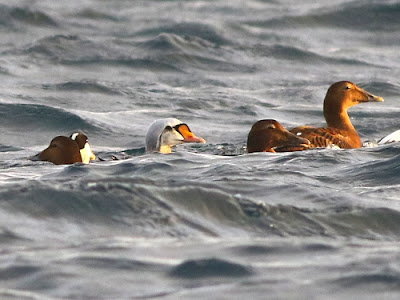 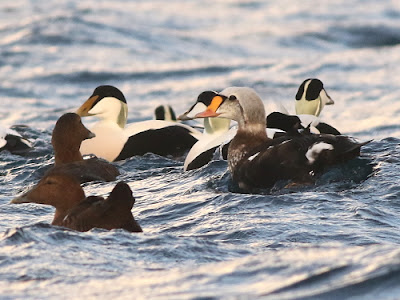 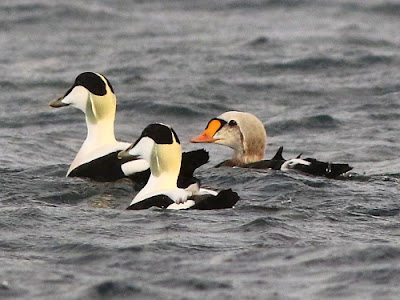 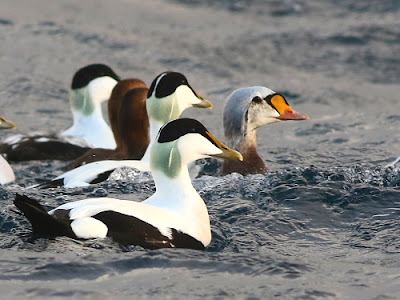 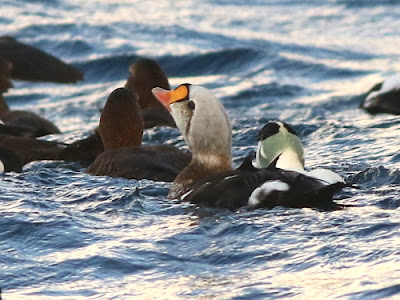 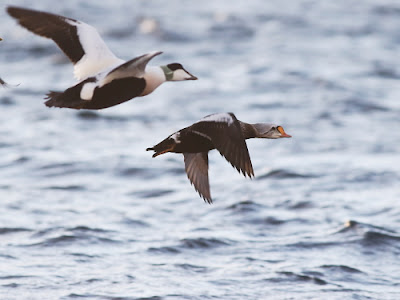 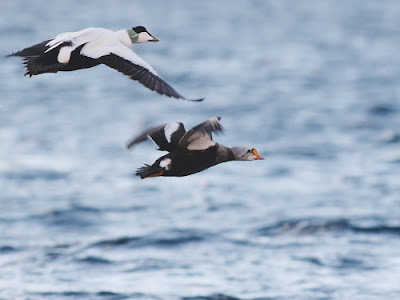 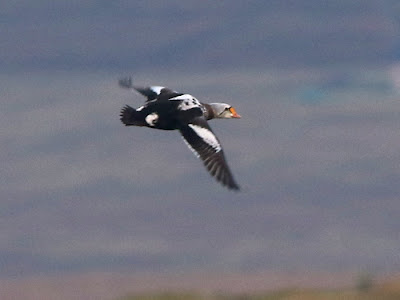